The 2022 edition of the Internal Fresh Produce Association's Southern African conference took place over two rainy days in Cape Town. The weather was no inconvenience: many delegates noted that the Western Cape hasn't been receiving enough rainfall so far this season.

Delegates were clearly pleased to be meeting in person again and discuss strategies to come through a difficult economic period beset by complexities.

"I grew up in this business - the conditions this season are by far the most difficult we've ever experienced," remarked an exporter. "One feels a bit helpless. The things that you thought you could control before through negotiations and building good relationships, for instance, in the shipping environment, is really out of our control now."

The first day's sessions was kicked off by entrepreneur Rapelang Rabana, calling for conceptual shifts analogous to the shifts required by the internal combustion engine, which was widely referenced by other speakers. One delegate gave her presentation a "ten out of ten." 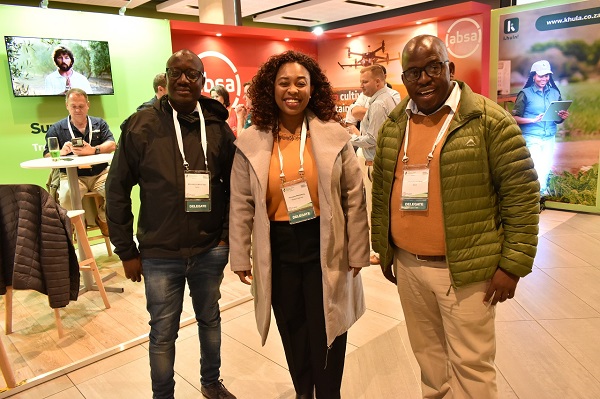 Kantar's Maria da Serra expanded on how agricultural enterprises can futureproof themselves against climate shocks (the drought in Europe and the UK was much-discussed among delegates).

The drought in Europe was a common refrain in conversations; the continent has a paucity of water storage and irrigation infrastructure compared to a semi-arid country like South Africa. "For us, it's second nature to irrigate," said a grower. "We are more resilient, but we have to be because of our conditions." 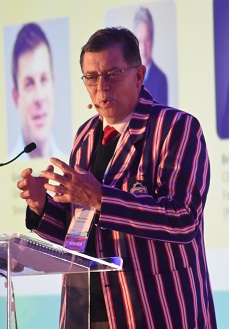 In the panel discussion, Brian Coppin of Food Lovers Market gave an insightful overview of the fresh produce industry at the moment, noting that there'd been a big growth in berries, avocados and that banana volumes were triple that of last year, with better quality.

Since Covid, the packaged product has been outselling loose produce in South Africa, he said, which poses a challenge for packaging reduction.

Greg Abraham from Smollan provided an analysis of fresh produce in retail and the composition of buyers in the context of a country where 13.8 million people are estimated to live below the breadline. To widespread surprise, he shared that government grant beneficiaries who represent around 40% of customers at Boxers, a group targeting lower-income buyers, also represent 14% of customers at South Africa's top-end retailer Woolworths.

On that theme, Dr. Johan van Deventer, formerly of Freshmark, emphasized the importance for a grower of knowing for which socio-economic/income group one is planting.

Merchandising around the payout date of monthly social grants is an increasing trend in South Africa.

FreshPlaza will provide more coverage on IFPA 2022 next week.