Why Pythium-resistant spinach and arugula is such a big deal

Pythium is a dirty word for farmers in hydroponics, from the tropics to the arctic and outer space.

The fungal-like oomycetes thrive in moist conditions and infect root tips to create root rot, severely limiting growth or killing the plant. They produce motile zoospores both sexually and asexually. Some species – Pythium aphanidermatum and Pythium dissotocumare – produce a spore that can swim to infect an entire hydroponic system if not caught in time.  Zoospores infect plants using their two lateral flagella to swim in solution and seek out plant roots, where they then encyst onto the host’s cells and penetrate the cell wall. 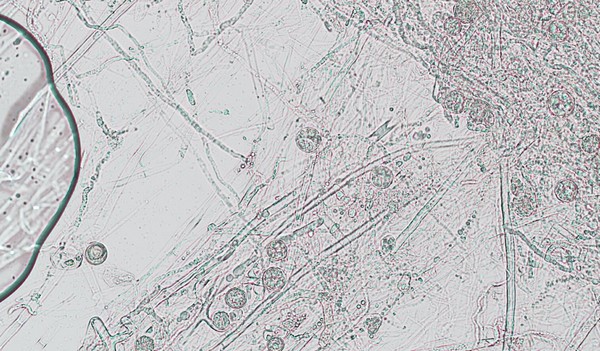 Researchers with the Arkansas Agricultural Experiment Station, the research arm of the University of Arkansas System Division of Agriculture, are working to develop spinach and arugula lines resistant to the disease in hydroponic systems.

Pythium has become one of the primary root pathogens in commercial indoor growing operations, according to Ryan Dickson, assistant professor of greenhouse and controlled-environment horticulture in the department of horticulture at the Agricultural Experiment Station.

“Water-borne pathogens are a large cause of crop loss in hydroponics, and Pythium is one of the major pathogen species, along with Phytophthora and others belonging to this group,” Dickson said.

Increasing demand for spinach
Demand for spinach has increased as many consumers seek healthier diets, and it remains the most popular vegetable in terms of per capita consumption, according to a research paper by James Correll, Distinguished Professor of plant pathology for the experiment station. Spinach has become a $500 million industry in the United States and the European Union, Correll noted. The Division of Agriculture and Bowery Farming are collaborating in a public-private partnership to develop a Pythium-resistant spinach.

Arugula, a native to the Mediterranean region, has gained popularity in the United States over the past few decades and is often used in salad mixes to complement its distinctive pungent and peppery flavors, said Ainong Shi, associate professor and vegetable breeder for the experiment station. Arugula leaves are also highly nutritious and are rich sources of phytonutrients. 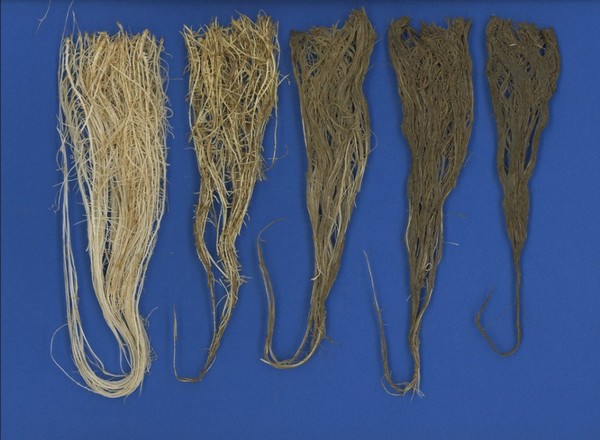 Shi uses classic and molecular breeding techniques to develop Pythium-resistant cultivars of the popular leafy greens. Molecular breeding includes the marker-assisted selection and genomic selection. This breeding process is not considered gene-editing or genome-editing. It does not result in genetically modified organisms (GMOs), Shi said.

Shi and Haizheng Xiong, program associates in the department of horticulture, are collaborating with Dickson to evaluate and develop arugula and spinach cultivars that have the potential for Pythium-resistance in hydroponic systems.

Hard to root out
Pythium root rot is frequently destructive in almost all kinds of plants produced in hydroponic systems, including spinach and arugula. Management is a challenge. The pathogen gets moved around by the wind, fungus gnats, shore flies, tools, benches, infected growing mediums, transplants, and pond water. A hydroponics plumbing system's nooks and crannies can also hold spores even after being treated with disinfectants.

A 2005 research report led by John Clifford Sutton at Ontario, Canada’s University of Guelph department of environmental biology noted Pythium had already been encountered on plant materials in space vehicles operated in earth’s orbit. So, the plant disease is even considered a potential threat to plant biomass production in manned space vehicles and at extraterrestrial installations in projected space missions.

“Even extraordinary sanitation measures do not destroy the pathogens, and once infected, epidemics are difficult to contain,” the Sutton paper states.

Efficiency
In studies with small-scale hydroponic systems, the chemical sterilants potassium monopersulfate and didecyl dimethyl ammonium chloride were only partially effective in destroying P. aphanidermatum, the Sutton paper adds. Sodium hypochlorite was effective but can corrode some components of hydroponic systems.

In addition to working on the development of Pythium-resistant cultivars of spinach and arugula, Dickson is working with experiment station scientists Alejandro Rojas, assistant professor of soilborne pathology and ecology, and Kristen Gibson, associate professor of food science, on investigating how regulation of nutrient solutions could help to reduce the impact and manage plant pathogens in hydroponics systems.

Dickson said there is preliminary evidence that management of the nutrient solution, particularly micronutrients and pH, can mitigate infection of important crops with root rot pathogens such as Pythium.

Dickson, Rojas and Gibson received a Critical Agricultural Research and Extension grant from the U.S. Department of Agriculture’s National Institute of Food and Agriculture in early 2022 to support their research into mitigating plant pathogens in hydroponics.

Rojas said that many but not all problems encountered in hydroponic systems are caused by water molds, such as Pythium and Phytophthora.

“They are by far some of the most important issues,” he said. “Nonetheless, they are not the only ones. Some fungi, like Fusarium, are also frequent in hydroponic systems.”

Rojas advises first identifying potential sources of diseases and other hazards, including new plants and seeds, used containers and contaminated materials, soil, water, or other media. Other management practices include buying plants or seeds from certified sources, inspecting new material coming into a given production system, and being willing to reject deliveries containing infected plant material.