"Bro, these tomatoes are really sweet!"

The Floriade Expo 2022 is unstoppable

The mobile greenhouse was scheduled to arrive at the Euromast at around 15.30 hrs. It is no coincidence that this was the location of the Floriade held in Rotterdam in 1960. A closed road prevented this, but after a quick call to Jan de Boer, the mobile greenhouse was found at a still appropriate spot: right under the Boijmans Van Beuningen museum.

"That fits in well with the theme of the Floriade, green in the city," Jan said before quickly calling the nearby office of RTV Rijnmond after a tip-off. All media attention is welcome. "At 12 o'clock, we were already on the NOS with Omroep Flevoland's item." 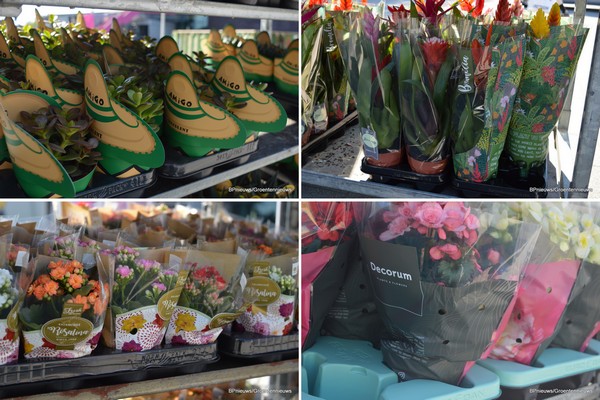 Some of the flowers and plants that were handed out

Around the mobile greenhouse, the necessary Danish carts full of flowers, plants, and vegetables were set up. An enthusiastic promotion team moved around them, telling the unsuspecting passers-by about the horticultural sector and the Floriade that is currently taking place. Many passers-by had heard of the Floriade, but significantly fewer had actually visited it. 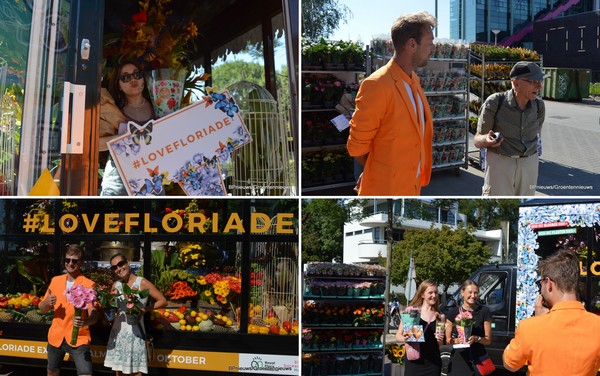 A disappointing number of visitors was one of the reasons for the road tour, besides general horticulture and especially flower and plant promotion. People were happily photographed with their acquisitions, namely the eagerly distributed flowers, plants, and vegetables from growers who are very fond of Floriade and the mobile greenhouse. People could also take a look inside the greenhouse and have their picture taken with the hashtag attached to the fun event: #LoveFloriade.

Snack tomatoes (and snack peppers) were also available during the campaign

We soon heard "Bro, these tomatoes are really sweet!" stories from an elderly couple who had already been to the Floriade and who started talking enthusiastically about the themed garden in Qatar, and wonderment from a young woman on a bicycle. She was pleasantly surprised to find her bicycle basket filled with flowers and plants when she parked her bicycle. When asked if all this was for free, the orange-clad promotion team smilingly nodded 'yes' and then handed her a magazine called 'Mooiwatplantendoen' as well. 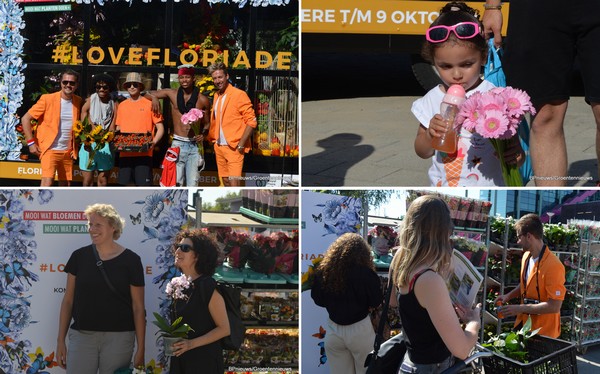 Young and old flocked to the heart of the action

Whether the campaign, which also included discount tickets for the Floriade, can erase all negative views of the world horticultural exhibition is doubtful. What is certain is that a lot of people in Rotterdam went home with their hands full as horticultural ambassadors, as they undoubtedly did in other places this weekend. Now all that remains is to visit the Floriade Expo, which is possible until the 9th of October.