UK: Grower reduces greenhouse temperature by more than 6°C during heatwave with no cooling, fog systems

The Spanish company J.Huete has successfully implemented its double chamber and energy-saving screen, a combination that allows the UK-based grower to continue the strawberry production cycle normally. This equipment, together with cooling and fog systems, could lower the thermometer in the greenhouse by an additional 4 to 6°C.

In the midst of a heatwave, and one of the hottest summers in UK history, one strawberry grower has been able to continue his work while many others have been affected by this severe weather incident. 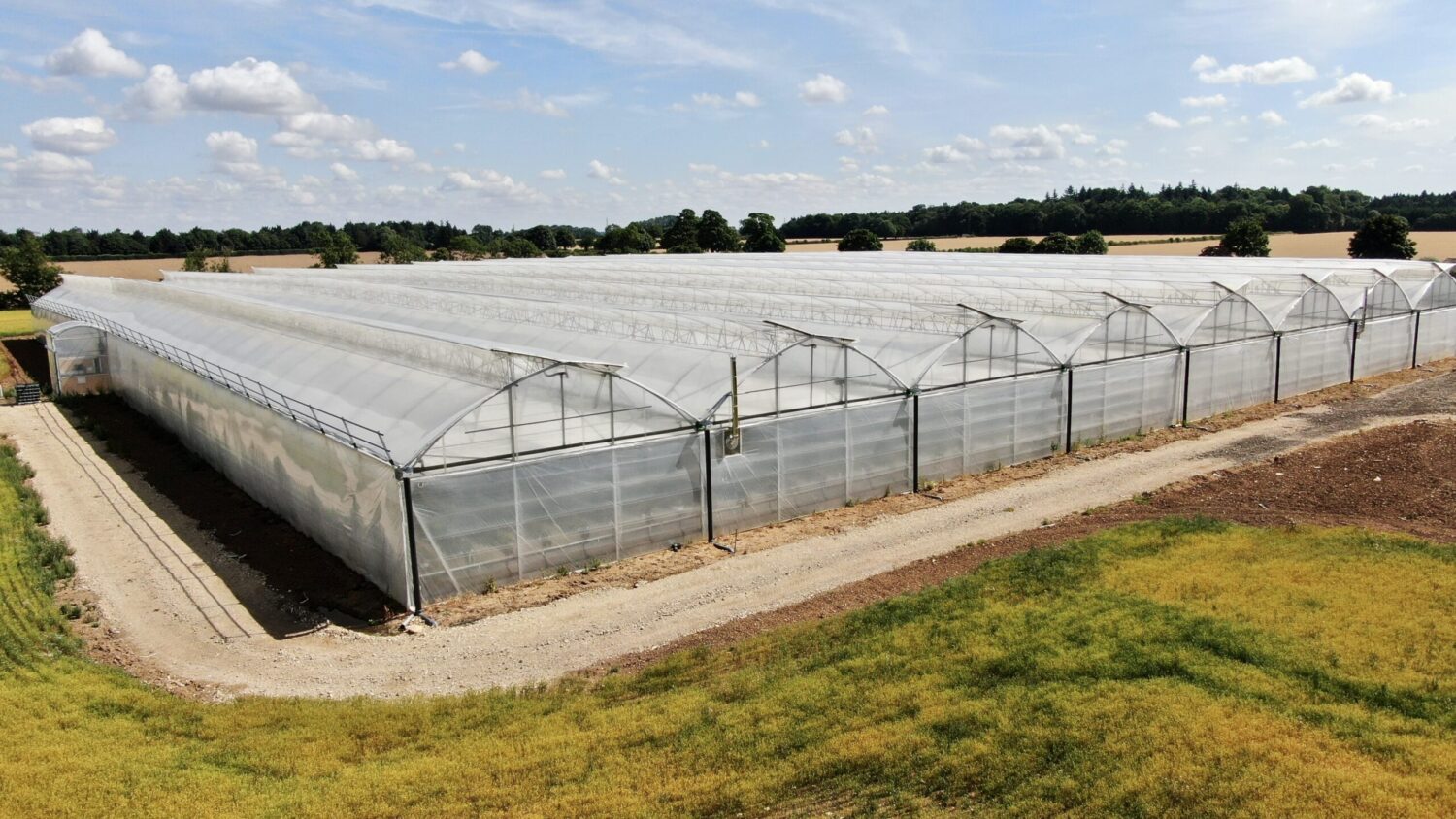 This particular grower relied on J. Huete International in 2021 to build his new greenhouse, with which he intended to grow strawberries all year round, dodging the normal winter cold. Thus, J. Huete International, together with its local partner, Penny Irrigation UK, designed and built a greenhouse with climatic equipment so that its work would continue throughout the twelve months of the year, including the freezing winters that occur in the area.

To keep the inside temperature as stable as possible, the Spanish company installed its double chamber of inflated plastic, a feature that, to date, is the best possible covering from an energy point of view. In addition, it also added shading screens and hydroponic production systems. 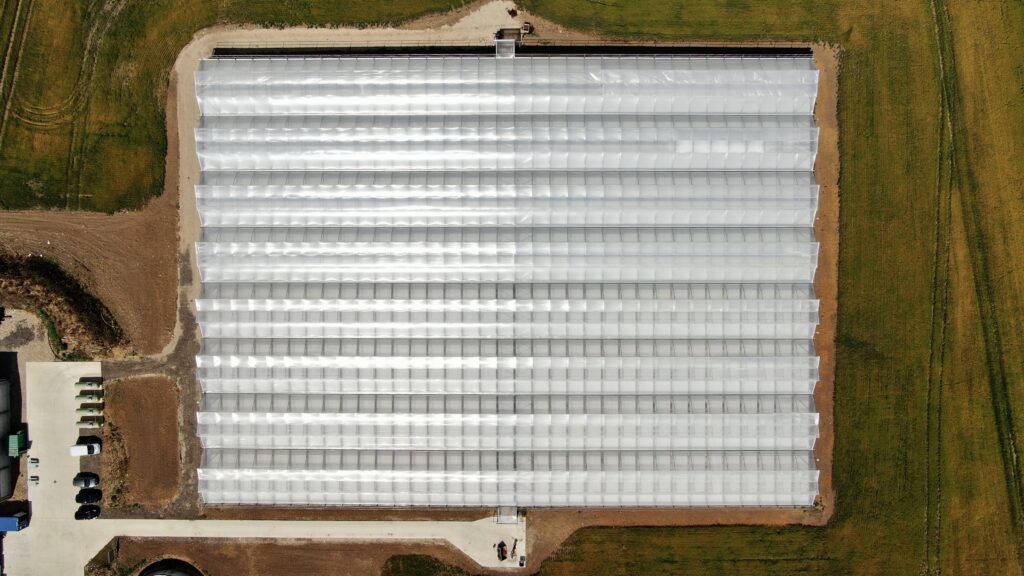 Aerial view of the greenhouses built and designed by J. Huete International

Although this high insulation was intended to maintain a higher temperature than the surrounding environment in the winter, no one could have foreseen that this summer the thermometers would reach 40 degrees in the UK. Thus, the double covering system came into play once again, in this case, to avoid overheating inside the greenhouse, where temperatures were more than 6°C lower than outside. This simple fact allowed the grower to continue producing strawberries, unlike other growers who have seen their crop yields reduced due to the excessive heat suffered in Europe this summer of 2022.

Teamwork
In addition to the double plastic coating and energy-saving screens, technology systems such as cooling or fog could be added, which could even reduce the temperature by an additional 4 to 6°C. This combination is very popular, especially in the field of crop protection. This combination is particularly popular in very hot countries, where the temperatures recorded in the heat wave of the summer of 2022 are a daily occurrence.

"This success story is a source of great pride for J. Huete International, as it highlights the value of the innovation and research work it develops and then implements in its customers' projects, with the resulting productive and economic benefits for them," the team says.