Orange and Dragon Agriculture: Avocados should be considered a healthy food rather than a daily fruit

Avocados should be promoted as a healthy food with high nutritional value in China. Since its first introduction in the Danzhou area of ​​Hainan (then belonged to Guangdong Province) in the 1950s, the avocado industry has developed slowly in China and has not formed an effective large-scale commercial production. However, in recent years, with the improvement of Chinese people's consumption level and the awareness of healthy eating, the consumption of avocado has increased. According to relevant statistics, the import volume of avocados in China in 2021 is 41,300 tons, and the per capita import consumption is only about 3 grams.

According to Wu Zhenlin from Orange and Dragon Agriculture, "Currently, China's avocado cultivation is mainly concentrated in Yunnan, with a total scale of about 5,600 hectares, with the largest concentration in Pu'er, Yunnan; in addition, Hainan, Guangxi, and Sichuan have a small amount of cultivation. The main planting varieties are Hass, Fuerte, Ettinger, and Pinkerton, among which Hass has the largest planting area, and the harvesting period is concentrated from September to March of the next year.”

In Wu's view, "China's local production is a supplement to imports, not a replacement. Just as Driscoll's has completely changed the level of blueberry production in China, several world-leading avocado companies will enter China in the future, driving the innovation of the Chinese avocado industry. All players in the industry chain unite and strive to make more profit from the industry. New varieties (as substitutes for Hass) are the key, and the varieties that are more drought-resistant, disease-resistant, dwarfed, and suitable for high-density planting are needed.” 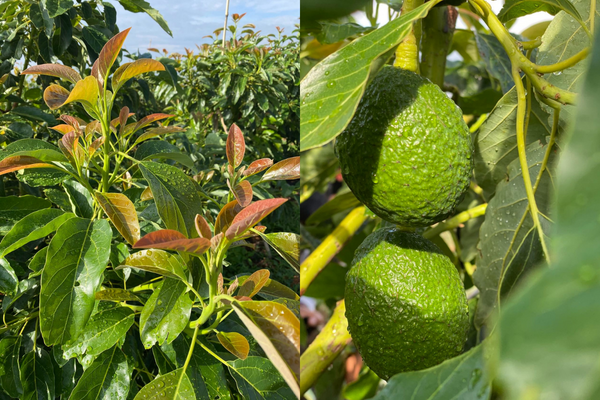 The younger generation has gradually become the main force of consumers, paying more attention to health in dietary choices, and also more willing to try new things. Now, avocado can be seen in more and more online and offline fresh food stores, restaurants, and beverage stores. But it's worth noting that avocados are still considered a daily fruit, not healthy food, and the road to promotion is still very long. " Wu said.

"At the same time, with the intensification of the aging population of traditional agricultural practitioners in China, “fresh blood” is urgently needed to promote the development of the avocado industry. However, due to land policy restrictions, water shortages and microclimate changes, land resources in the southwest are becoming increasingly short, and the high cost of mountain development and the eagerness of some investors may hinder the development of the industry.

It can be seen that the entire avocado industry needs more standardized and cutting-edge market knowledge and professional production technology. In addition, the current domestic avocado planting has problems such as poor rootstock performance, less advanced technologies of water and fertilizer management, horticultural technology, and comprehensive pest control. So far, the yield of avocado bases that were planted for more than 5 years has not reached expectation, and the planting success rate (more than 7.5 tons per hectare) is very low. "

But China's avocado market potential is very certain. Wu continued, "We are optimistic about the development of the Chinese market. For a long time, we have been committed to promoting the development of high-value fruits in China, with advanced nurseries as the core, providing and supporting growers with high-quality seedlings, agricultural expertise and comprehensive technologies. We established an avocado nursery in Yunnan in 2018. We use soilless greenhouses to raise seedlings throughout the process. Strict production process management greatly reduces the planting risks from seedlings in the later stage. In 2021, a 30-hectare commercial producing base was jointly invested with partners. By cooperating with the world's best professional R&D institutions, Orange and Dragon Agriculture is committed to promoting patented varieties and creating conditions for the long-term benefits of partners. In the future, we hope to cooperate with more partners to create a more stable ecological development system together. "