Two new home-grown strawberry varieties, Pink and White, will soon be available to Australian growers and consumers after Hort Innovation put the call out for a commercial partner to fast-track the products to market.

The announcement was made at the premier gathering for the berry industry worldwide, BerryQuest International 2022, on the Gold Coast today. Hort Innovation chief executive Brett Fifield said both varieties have an intense strawberry aroma and an unusual appearance that is expected to appeal to consumers. They have been specially bred for the Australian environment and offer superior overall quality.

“Pink and White strawberries are like nothing else on Aussie retail shelves,” he said. “They’re exceptional, and so they should be. They are the culmination of years of research, field trials, consumer preference testing, and industry engagement.” 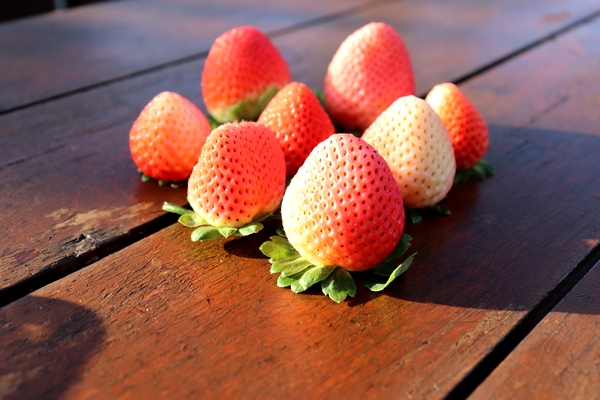 The new White strawberries are true to their name. On the inside, they are brilliant white. On the outside, they are white with a pale pink blush and specked with red seeds. The Pink strawberries have a peach pink exterior and also feature a white inside. Both have a rich aroma and are sweet in flavor. Hort Innovation and DAF QLD are seeking a suitable partner to commercialize the varieties, foster grower adoption, and deliver marketing efforts to support consumer awareness.

The new strawberries are the first ‘novelty’ varieties to be developed and commercialized through the Hort Innovation DAF QLD partnership.

DAF QLD project lead Dr. Jodi Neal said more than 40 percent of strawberry fruit sold nationally in retail outlets had been developed through the research work of DAF QLD as part of its partnership with Hort Innovation.

“Over the past 10 years, we have developed 16 strawberry varieties that are bespoke to our Australian growing conditions and consumer palettes,” Dr. Neal said. “It is great to see grower adoption of these varieties has grown over the past five years. In 2021, 45 percent of the national planting was attributable to varieties developed by the program led by DAF QLD.” 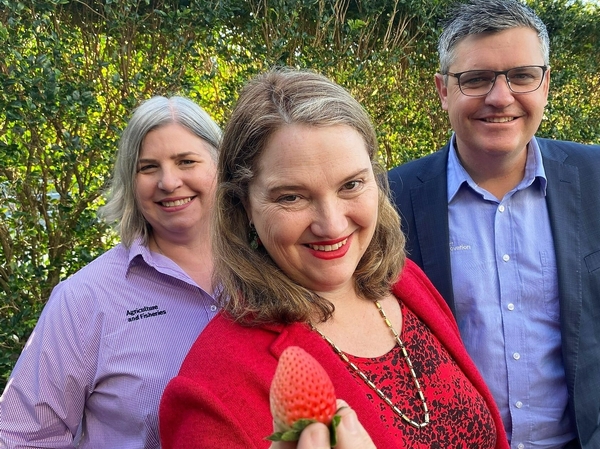 “It’s really exciting to see these new varieties reach this stage in the commercialization process,” she said. “This is growers’ levy funding coming to life before our eyes.”

“Armed with all these bespoke varieties and a genuine interest in applying the latest research and development on the farm, along with a drive to increase trade opportunities, the strawberry industry is in a positive position,” she said.

The varieties were developed through the grower-owned research and development corporation using grower levies and funds from the Australian Government and co-funded and led by the Department of Agriculture and Fisheries (DAF) Queensland. The new varieties boast characteristics previously unseen in Australia.

According to the Horticulture Statistics Handbook, in 2020/21, 77,751 tonnes of strawberries were produced at a value of $417.2 million. Eighty-eight percent of this domestic production was supplied to the fresh market, 7 percent (5,417 tonnes) was processed predominately into preserves, and 5 percent (3,578 tonnes) was exported.

The majority of strawberries are grown in Queensland (42 percent), followed by Victoria (36 percent), Western Australia (11 percent), and South Australia (7 percent), with smaller volumes in Tasmania and New South Wales.

The commercial partner Expression of Interest is now advertised and will close in late September.