Ton Bouw (The Greenery International/Hagé): "Fruit-vegetable importing is in our genes"

In a four-part series, we highlight The Greenery International's different specialties. After Commercial Manager Pieter van Pelt, it is now Ton Bouw's turn. Ton is Senior Product Manager for Vegetables at The Greenery International/Hagé and is responsible for, in particular, importing Spanish volumes. He has years of experience, an extensive network, and knowledge of the market. We asked Ton about recent developments.

How did the Spanish fruit-vegetable season go for the various products?
Ton: “Quality-wise, it was an excellent season. The weather was reasonably dry, stable, and cooler, so there were few or no problems with the different products' quality. It was vastly different from last year, especially with sweet bell peppers, which had excellent quality until the end of the season."

"However, availability has been variable. The dry, cold, and persistently rather cold nights affected the availability of products such as cucumber, zucchini, and tomato. The plants' yields were therefore disappointing this season. Products like bell peppers suffered less from this and have, thus, been consistently quite available."

Did growers in Spain anticipate the rising gas prices and less lit cultivation in the Netherlands?
“Certainly. European retailers also took action regarding the possible decline in Dutch lit tomato acreage this winter. They're expressly looking for alternatives and are considering countries like Spain. As things stand, slightly more tomatoes are being planted than in previous years. So, from the cultivation perspective, people are anticipating these developments," says Ton.

How big was the impact of things like strikes and the Sahara sandstorm?
“The 'Calima' as the Sahara sandstorm is called, had a huge impact. The affected regions of Andalusia and Murcia were covered in sand for several weeks, causing very low light levels. This storm came just when zucchini production was supposed to be increasing considerably, which ultimately remained low. Many of these plants' flowers were covered in dust, so the bees couldn't do their job. Also, the strikes - and the threat of them - have also caused inevitable turmoil and delays. That's definitely affected the Spanish fruit and vegetable sector."

How will the acreage look next season?
Ton: “There are generally no major changes. It seems the tomato acreage will increase, while that of bell peppers may shrink slightly. Cucumber, eggplant, and zucchini remain fairly stable. Products such as pointed peppers and midi-cucumbers' acreage are growing. These are already cautiously finding their way into German supermarkets, for example. But, the various companies still differ."

You previously said program deals were being struck earlier and earlier. Is that still the case, even with the increased costs?
“Absolutely. European retailers definitely need to procure volumes for the next season. There's much uncertainty about what, say, the costs will do, so they want to be ahead of the game to guarantee product availability for next winter. However, not all parties in Spain are equally enthusiastic about making firm agreements. The tremendous uncertainty about possible costs developments, a new COVID-19 wave and the connected impact on staff availability, and the war in Ukraine means not everyone wants to commit," Bouw explains.

How can The Greenery be distinctive in the fruit-vegetable market?
“The Greenery/Hagé has built a massive network in the decades it's been doing business in southern Europe. We've worked with well-known greenhouse vegetable companies for years. They represent quality and availability. We have year-round supply of several southern European products. With those, we begin early, often in late August."

"And we finish late, often in late June. We, thus, offer a year-round assortment of several fruit-vegetables along with the volumes from Dutch cultivation. Importing fruit-vegetables is in The Greenery/Hagé's genes. We always focus on long-term partnerships with both suppliers and customers," Ton continues. 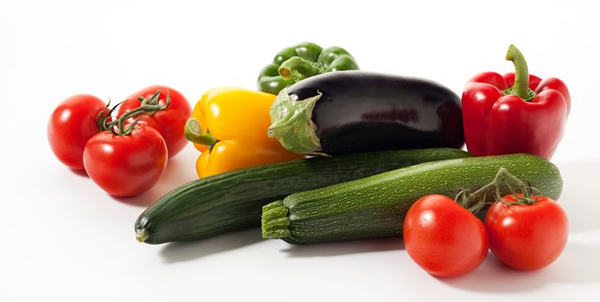 How does The Greenery's new structure benefit fruit-vegetable sales?
“Creating The Greenery International has already yielded numerous concrete results and offers far more prospects for the near future. There's a stronger focus on the various products, more direct lines of communication with clients, and close collaboration across the team. Things are, thus, being handled more quickly and efficiently."

"We're also working hard to put ourselves even more on the map as a fruit-vegetable specialist. That growth has already begun. We laid the foundation last year already by combining a good mix of experience with youthful enthusiasm," concludes Ton enthusiastically.