Taking the wisdom from indoor farming and bringing it into greenhouses

Greenhouse growers are already extremely familiar with how to best harness the power of sunlight to grow their crops. While there's absolutely nothing as consistent as the sun, the same thing cannot be said with regards to its spectrum. This indeed fluctuates quite a lot during the day, which means that plants would get all the light they want, but is that of the right spectrum for them? Indoor growers have historically been paying more attention to light spectrum and light recipes, so why do greenhouse growers can't do that too? 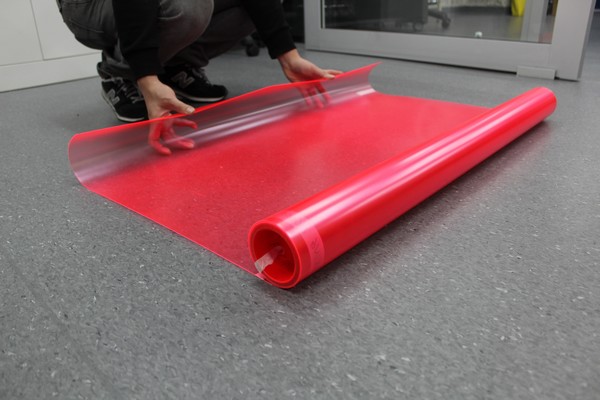 "That's why we have developed the LLEAF films," says Chris Wilkins from LLEAF. "We take the wisdom from indoor farming and bring it into greenhouses. Think of light, not in terms of how much of it you get during the day, but think of the light in brackets: how much red light or blue light does a plant need? We now have the tools to shape the spectrum and to give the plants exactly what they need, not in terms of sheer quantity, but rather in terms of quality."

Optimizing the sunlight spectrum
LLEAF is a shade screen made out of polycarbonate – one of the toughest plastics on the market – and it's a little thicker than greenhouse plastics. These luminescent screens are applied on the inside of the roof and upper walls of the greenhouse so that all the light goes through the plastic film, providing the crop underneath with a different spectrum of lights. "The luminescent film absorbs the green light and emits an optimized spectrum. For instance, if we applied the red film, a grower would get a 30% shading effect in the green part of the spectrum, and an additional 11% red light, as if they were combining a shade cloth with a red LED. A lot of growers think we just make colored plastic, but that doesn't work. Our luminescent film actually emits light," Chris points out. It is indeed the fluorescent dye put into the plastic that does all the work, as dye molecules get charged with light and release red photons, for instance. "When they did a side by side trials at the University of Western Sydney, they recorded a 14% and 27% yield increase in lettuce." Inhouse, the company saw a 37% yield increase with bok choy.

Many growers are already using LLEAF films, with a lot of interest coming from berries and cannabis growers. "We get a lot of sales going to cannabis growers, they are a big part of the market now, and historically they have always been the early adopters of new technology," Chris says. "For instance, the red film helps cannabis plants grow faster, but others are using it to stimulate and increase resin production. Next to them, there are also blueberry growers, who are looking at how far red increases the flavonoid concentration."

Yield increase
Generally speaking, using far-red is still a relatively new field of research, but the trials Chris and LLEAF have been conducting are already showing positive results. "We have grown a strawberry variety coming from the Netherlands, in Indonesia. We reported huge increases in both the number of strawberries and the size of the fruit. The university is setting up for trials with tomatoes, and good data on that will come soon." 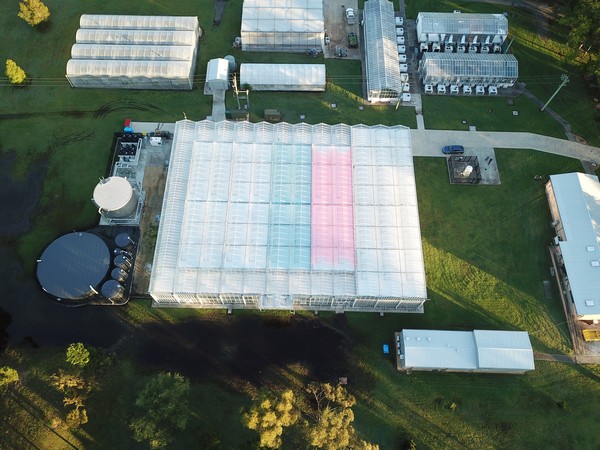 All in all, LLEAF luminescent covers optimize an already existing light source, boosting plants' growth when all the parameters are well under control. "We are conducting many trials with different universities and growers, and we are actively looking to expand in the Middle East and Asia. There are a lot of challenges around growing food in that region, and our solution fits perfectly in that environment. On top of that, we are developing some new products, and we cannot wait to unveil that to the public."