How plants are cooling greenhouses during the heatwave

Temperatures are soaring above 40C across Europe. In the Netherlands, growers are experiencing particularly hot summer weather. Today, the 19th of July, the temperature can rise to over 39 degrees in the south of the country and will be 35 to 38 degrees in many other places, making it even hotter than on Monday.

In the United Kingdom, the highest temperature ever was recorded. In the southern English town of Charlwood (Surrey), the mercury rose to 39.1 degrees. If the measurement is confirmed, it will be a record, reports the national weather service Met Office. The current record of 38.7 degrees was measured in Cambridge in July 2019.

It's HOT in the greenhouse
How are growers doing? Well, it's hot, that's for sure. "Many people think it is even warmer in the greenhouse now than outside, but this is not the case. The plants are a natural air conditioner; by evaporating water, they cool themselves and their surroundings", the team with Dutch company Moors shares. The company grows peppers on 3 locations in Asten and Someren, in the South of the Netherlands. 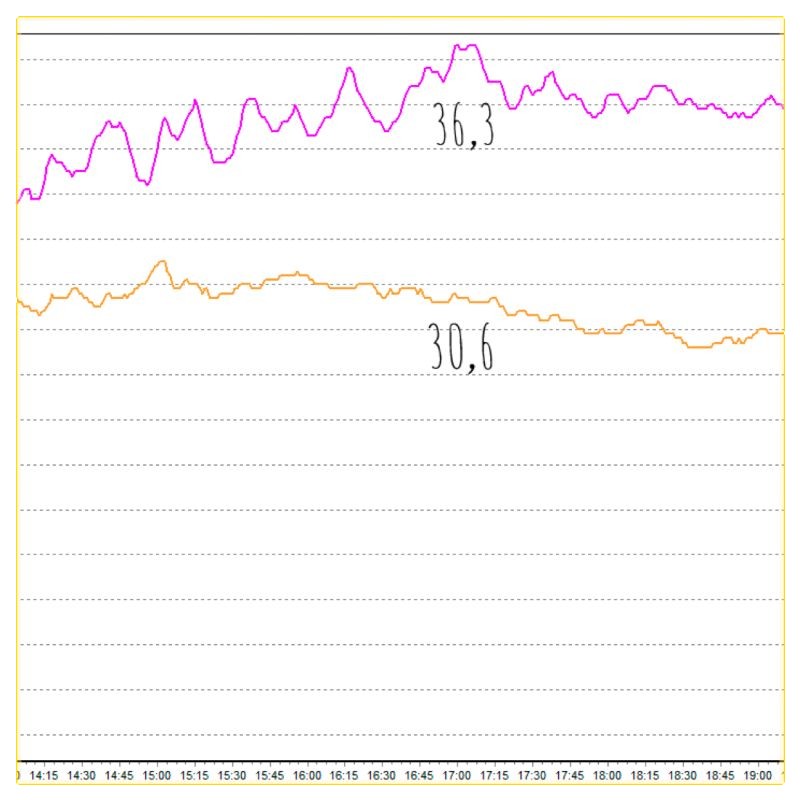 Purple is the temperature outside and yellow inside the greenhouse.

"As you can see from the graph, this made it almost 6 degrees cooler in the greenhouse yesterday afternoon than outside. Of course, we also have a heat plan. We start early in the morning so we can be by the pool in the afternoon!"