Leafyman (Shandong) Agricultural Technology Co., Ltd. was established in 2020. It is an agricultural enterprise focusing on green leafy vegetable production technology research and equipment manufacturing. According to Xie Xiaowei, the company's founder, "We initially only provided a single hydroponic equipment. Now we have gradually developed into a professional solution provider for leafy vegetable factory production systems in China."

"Before the establishment of Leafyman (LEAFYMAN®️), we conducted market research on fruit and leafy vegetables. Although large-scale multi-span greenhouses have been built all over the country for tomato production in recent years, we have found through the analysis of market supply and demand of tomato categories that recently the total supply and demand of tomatoes has not increased significantly except for seasonal fluctuations."

"Change has come from a growing demand for snack tomatoes, tomatoes on the vine, and some other specialist varieties. The tomato market is relatively mature. But when we complete the analysis of leafy vegetables, we came to a different, surprising, conclusion. Demad for bok choi, Indian lettuce and other lettuce varieties, consumer demand index in the past 10 years has increased by 3 to 5 times. This is why we decided to focus on the leafy green market."

"China has a vast territory, and various climate types and green leafy vegetables prefer a cool climate, making it impossible for most areas in China to achieve annual production. Currently, the supply is mainly from Gansu, Inner Mongolia, Zhangjiakou, Hebei, and other Northern regions in summer. In winter, it is supplied from Yunnan, the Sichuan-Chongqing area, and the area south of the Yangtze River. Although there are large vegetable provinces like Shandong, they cannot achieve annual production due to local climate conditions."

"Fresh leafy greens are also unavailable in winter and summer. In addition, supermarkets are constantly squeezing the space of intermediate wholesalers; direct sourcing from bases has become mainstream. At the same time, in the traditional perception of growers, leafy vegetables are low economic value crops, and they prefer to grow off-season high economic value crops such as tomatoes, cucumbers, and bell peppers. Under the contradiction between supply and demand that the scale of leafy vegetable planting has not increased, but consumer demand has risen, there is real opportunity for us. We think modern cultivation methods such as hydroponics can be one of the solutions." 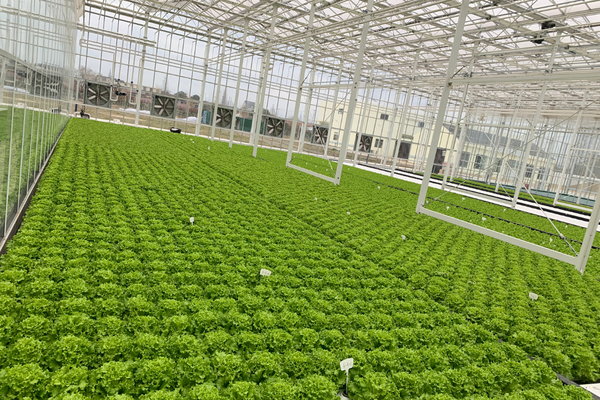 In recent years, the consumption of leafy vegetables has gradually increased from safety, quality, and enrichment to personalization and concepts of healthy concepts such as light food, low-carbon, and low-fat. Hydroponics can not only bring efficient production but also the product differentiation.

At the same time, hydroponics can be produced at the location closest to the city, which is an urban green supporting project under the background of urbanization. Compared with leafy vegetables cultivated in traditional soil, hydroponic leafy vegetables have a longer shelf life in supermarkets and can be stored in a refrigerated environment for no less than 3 days, and have better product performance. This is very critical for supermarkets and can reduce sales losses. However, for the lettuce used by McDonald's and KFC, soil cultivation is more suitable. The water content of hydroponic vegetables is too high, making it difficult to keep fresh after processing. 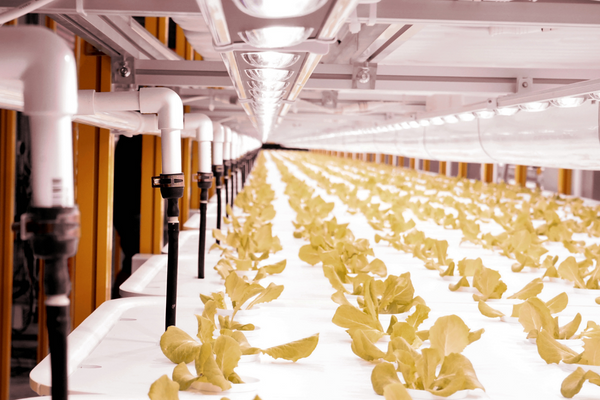 Mr Xie continues: "In the beginning, we only had the fully manual version of the DFT hydroponic system. Then we continued to conduct in-depth research on the technology. Now we have a fully automatic hydroponic production system. At the same time, we have also begun to check up on plant factories. Plant factories are still relatively cutting-edge in China, and the cost is very high, but many people have begun to pay attention. We also introduced the mechanized production equipment of Italian Hortech for leafy vegetables in the open field. At present, we have formed a full coverage of leafy vegetables in the three scenarios of a greenhouse, plant factory, and field, and we can meet all customers' needs. We also have our own climate chamber to observe the performance of the crops. Now, we have developed from a simple system to a project and continue to develop into a technology-based solutions company."