“Adoption of hydroponics cultivation started in India around 2008-2010, and it had been growing quite steadily, not too widespread, nor too much underused, until the last 4-5 years,” says Tusshar Aggarwal, Co-founder of Rise Hydroponics – Future of Farming! Yet, with Covid, many things changed, and India’s perception of precision agriculture too. “When Covid hit, we had four months of lockdown. A lot of businesses shut down, and people struggled. This led to the realization that you’d need to have more than one source of income. Everyone saw how grocery stores and farms stayed open. On the other hand, everyone has become more conscious about their food and health – a complete lifestyle change. So, people started looking into hydroponics, both from a business point of view and as a source of constant fresh, nutritious vegetables.” 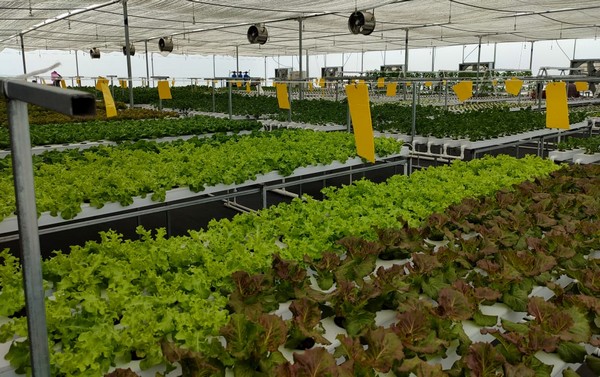 The two major problems of Indian growers
It was around this time that Rise Hydroponics started to serve commercial growers. Before that, the company spent two years doing R&D, consulting hydroponics companies & building up a community of hydroponics growers in India. “We wanted to solve the major agricultural problems in India. More than 50% of our country’s workforce is involved in agricultural activities, while its contribution to the GDP is just around 20%. The majority of the farmers in the country are still not financially stable due to two major problems – The Growing Problem & The Selling Problem. We want to solve these two major problems as of now through our range of products and services like training, precision farming, protected cultivation, hydroponics, soilless farming, IoT automation, agronomy expert guidance, market linkage, crop selection, sales & marketing assistance to the growers. We are operating PAN India. We have trained 30,000+ people in the last two years.”

The Ikaria Fresh project
Rise Hydroponics has developed large-scale commercial hydroponics projects in 10+ states and 24+ cities in India. Recently, they have completed the Ikaria Fresh project in Indore. “This is a 1,056 sq. mt. fan and pad temperature-controlled polyhouse. We installed NFT system, both flat-bed and A-frames along with complete IoT Automation in the farm,” he says. In fact, he continues to explain that the temperature in India is too extreme to grow lettuce, and controlling the environment is necessary. “On top of that, we have also installed more than 500 Dutch buckets for vine crops, such as cherry tomatoes and color capsicum.” In general, in the Ikaria Fresh project, there are more than 30 different varieties of greens growing, such as Italian basil, lettuce, herbs, microgreens, spinach, and so on. 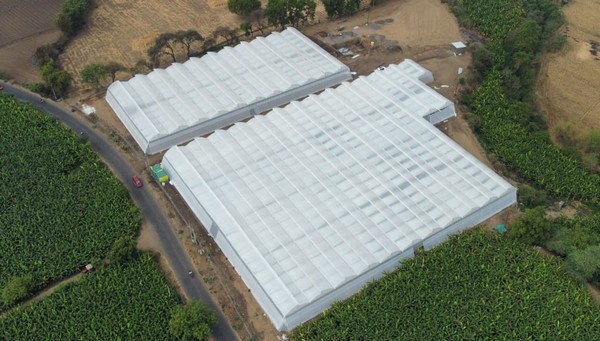 To withstand the harsh Indian climate, Tusshar explains that the greenhouse is equipped with shades (alumninet) to block the sun and a system of exhaust fans and cooling pads as well as foggers and water sprinklers that from the top cool the greenhouse down. The shades can be easily pulled to get more sunlight during rainy seasons, Tusshar says. To keep everything clean, and help with hygiene, prevent insects & avoid weed growth, the ground is separated from the farm with a weed mat. 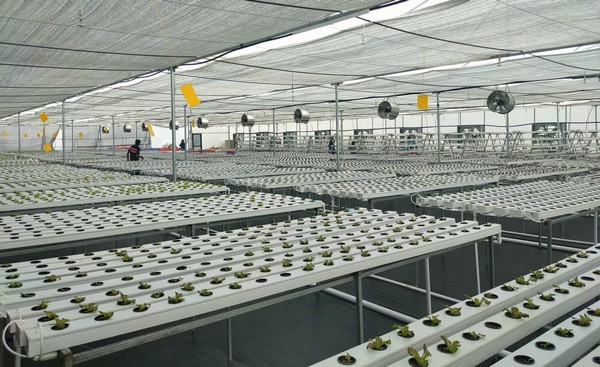 Tusshar adds: “We want to solve the problems in the agriculture space, be it high usage of fertilizers, harmful pesticides, low quality of output, damage of crops due to adverse weather conditions, no agronomy guidance, farmers not getting the rightful price for their produce, no traceability of food, improper supply chain & storage conditions, through the usage of precision farming methods, doing protected cultivation, soilless farming, using climate sensors, farm automation, market linkage, strategic tie-ups with buyers, farm to fork tracing, etc. We want to help farmers to operate it as a commercial business and not simply to farm, thereby helping them to earn profits while providing a healthy choice of food to consumers.” 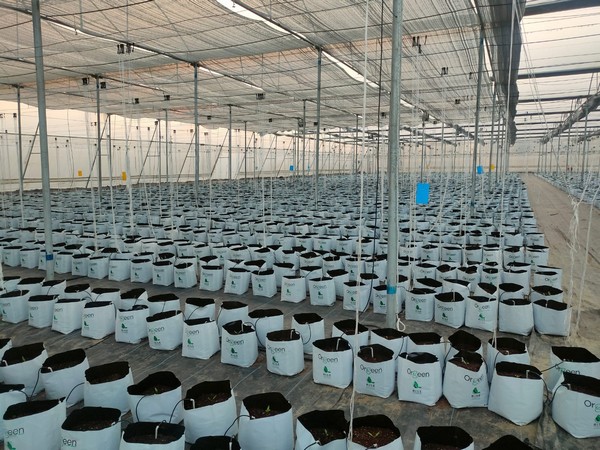 Facilitating hydroponics in India
In the near future, Tusshar and Rise Hydroponics will have a 3-acre project near Jalgaon, in Maharashtra. “This project, we are doing it in a Joint Venture Model,” he points out. “Bluntly put, you put the land and the infrastructure, and then you pull us in, and we will operate and manage the farm. On top of that, we will also be taking care of packaging, sales, and marketing. Basically, with the joint venture model, we will run the farm for you.” In the works, there is also another joint venture project of 15-acres that Rise Hydroponics will realize near New Delhi, the national capital of India. 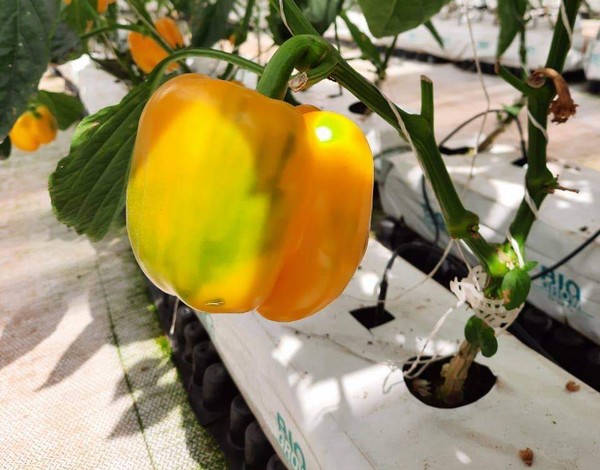 Thus, it seems as if the future of hydroponics is bright in India, and Tusshar too believes so. “A lot of young and bright minds are coming in and trying to solve problems in the agriculture sector with the use of technology,” he says. “We don’t want to make it complex. We are using technology to our advantage and easing things out for the farmers. Our mission is to make this kind of farming approachable – we indeed help a lot of those farmers who are not experts, not only in a specific farming method but also in how to run it like a commercial business, by making your customers happy, employees happier and organization profitable. We plan to develop/manage/run 200+ acres of farms around strategic locations across the country in the next 2-3 years.”