"In China, the pink beef tomato is very popular"

Tomatoes have long been a popular food product, and that's no different in China. In fact, according to Yi Wang of De Ruiter in China, about 80 percent of fruit and vegetable crops grown in greenhouses in the country are tomatoes. "Of those, cherry tomatoes make up more than half. Among the bigger tomato varieties, the pink beef tomato is very popular." So there's plenty of potential for tomato breeders in China, where the high-tech glasshouse acreage is growing rapidly. 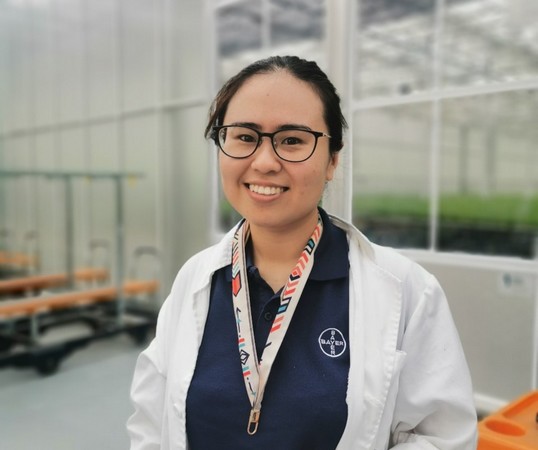 Pretty in pink
Yi explains the growing demand for pink beef tomatoes: "Chinese consumers prefer pink beef tomatoes for most of the dishes – and the taste of pink tomatoes is preferred over the red ones." For the average consumer in the Netherlands, who is used to red tomatoes, that might sound strange, but Jack Endhoven, Key Account Manager Horticultural Projects at De Ruiter in the Netherlands, puts that into perspective: "In Poland, for example, 70 percent of tomatoes are pink. In Japan, it's also a huge market. Also, in other Asian countries, pink is really the standard tomato color."

The advent of high-tech greenhouses has also helped push the pink tomato to the front. In the South of China, where greenhouses are less advanced, they can only grow the firm, red tomatoes – the advanced greenhouses in the north of the country enable the cultivation of the pink beef tomato. Jack lists the most popular varieties in this segment: "The Tomimaru Muchoo is the premium variety, while Yarimaru is a more mainstream variety, with a focus on yield, but still very tasty."

Taste and yield
Asked about future developments in the tomato market, Yi expects that both taste and yield will be very important. "For high-tech greenhouses, the taste will be more important because consumers will pay a premium for produce grown there and will therefore expect more taste. So especially for cherry and pink beef tomatoes, the taste is number one. But of course, the yield will also be very important for the grower to improve his bottom line, especially for bigger producers."

TYLCV resistance
A third important trait in future varieties, Jack adds, is resistance. "In China, key resistance is needed, against tomato yellow leaf curl virus (TYLCV). If tomatoes are infected with this virus, you'll end up with a big decrease in yield, so tomato growers in China are asking for this resistance." Yarimaru has resistance to this virus, which spreads through white flies.

"In China, the cultivation period starts from late summer or early autumn, with high temperatures, when the virus is very active because of the white flies," Yi adds. "So to lower the risk, it's a good idea to grow a variety like the one we offer, with built-in resistance to TYLCV." 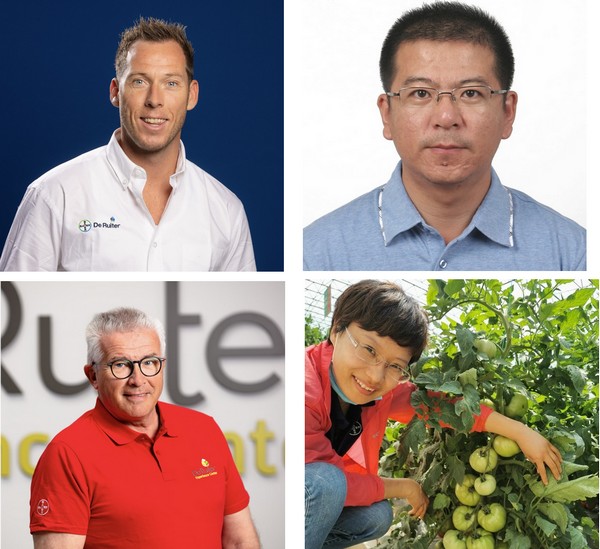 Cherry tomatoes
Focusing on the De Ruiter varieties, Yi lists a few offerings from the cherry tomato segment: Delisher, which is a premium cherry plum truss on the vine, Yelorita, a yellow cherry on the vine, and DRC564, a cherry TOV. Then there is also a new test variety, the DRTC8634, which is a cherry truss with resistance to both TYLCV and powdery mildew. "So we also try to renew our cherry tomato portfolio," Jack comments, "just like we do with Yarimaru for pink beef."

Future developments
Those innovations are possible thanks to Bayer's R&D facilities both in Shangdong, China, and in the Netherlands. "Combining those two, we can offer the best genetics for the Chinese market," Jack says.

Speaking of developments in China, the Chinese De Ruiter team was established in 2019, so it's quite new – and already, it's been expanded this year. "That shows that we want to be future-proof, to capture the opportunity for growth in China," Jack adds. The team, now consisting of three people in China dedicated to De Ruiter, can count on support from the Netherlands as well, through expertise and knowledge exchange.

Rootstock market
Another key development is in the rootstock market. "In China, more than 90 percent of tomatoes are grown grafted on rootstocks," Yi says. De Ruiter has a strong presence in this market, with varieties like the Maxifort and DRO141 rootstocks.

Why is grafting so popular in the Chinese market? Jack explains: "The first, most important reason, is increased plant vigor. The second pillar is endurance, so growers can plant their crops for 11 months per year. The increased plant vigor and endurance will then lead to an increase in yield."

Value chain
Of course, at Bayer they're interested in getting growers to use their varieties, but the company also looks at the value chain. "With retailers and other parties, we create a push & pull strategy," Jack says. "We're in the process of exploring this way of working and undertaking more and more activities on this value chain level."

Yi names some examples of this strategy: "We created a video campaign around Yelorita, with videos that retailers can show to their customers. In addition, we help retailers organize roadshows in

supermarkets. Finally, we've also done some consumer research for the Tomimaru variety to find out about their taste preferences and consumption habits."

So there's plenty of potential in the Chinese tomato segment, and De Ruiter is looking to capitalize on that in various ways.