Purple Pride recently launched an eggplant shawarma in the Netherlands. Growers United, a growers association that's always focused on eggplant cultivation, wants to use this brand to capitalize on the rising popularity of vegan products, plus market eggplant as a convenience product. 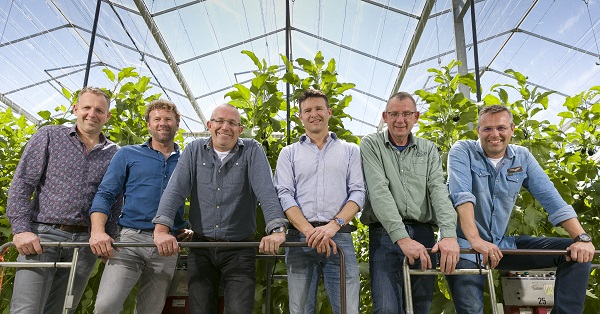 "In 2017, one in five people ate eggplant in the Netherlands; now that's one in three," begin Jurre Schottelndreier and Rob Mulder of Purple Pride. "That's a serious growth in consumption. Of course, that's partly because eggplant has some catching up to do. Tomato and bell pepper market penetration, for example, is much higher," says Jurre.

"However, shoppers are often hesitant to try eggplant. They don't really know how to use or prepare it." That is why Purple Pride is focusing on inspiring shoppers. "The growth shows that about five million people do eat eggplant. But that means there are still 12 million who don't. Our motto is 'Eggplant on everyone's weekly menu,' and there are plenty of things you can do to make this happen," he says.

Convenience
Jurre and Rob say you can exploit this product's potential in various ways. "It's essential to inspire consumers and eggplant's versatility. Convenience plays an important role here. For something like eggplant, pre-store inspiration is vital. Market research (GFK) among shoppers in various countries shows that many people don't buy eggplant because they don't know how to prepare it." 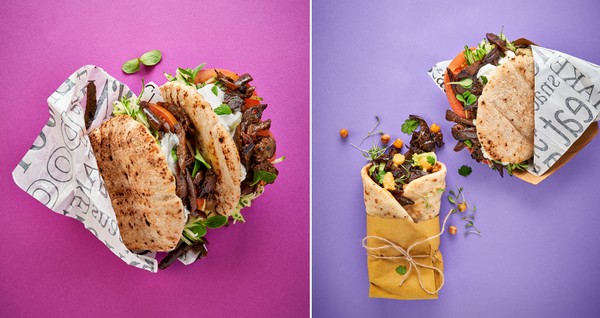 "They then opt for safe vegetables, such as zucchini, bell peppers, or tomatoes. They buy these and then see what they can do with them. However, consumers only buy eggplant when they know what they want to make with it. And that's precisely where eggplant's growth potential lies," Jurre continues.

"The increasing popularity of meal boxes and packs is a good example," Rob adds. "These are great ways to get people to use eggplant. You get a recipe, and everything's figured out for you. You use those recipes to inspire consumers. In Sweden, for instance, each eggplant has a QR code that links to a recipe. It explains, in detail, what you need. That's how our eggplant shawarma works. The eggplant's already seasoned, you just have to fry it, so it's convenient."

Foodservice
"We want to use these shawarmas to focus more on the foodservice industry. This strategic choice should get eggplants on everyone's weekly menu. When people eat a tasty dish that includes eggplants, they often wonder, 'Could I make this myself?' That's the precise moment you want to reach them. Eggplant has a meaty texture, ideal for vegetarian or vegan dishes. And it's rich in fibers, so it's healthy too. We sometimes say: it's a go for eggplant, " Jurre continues. 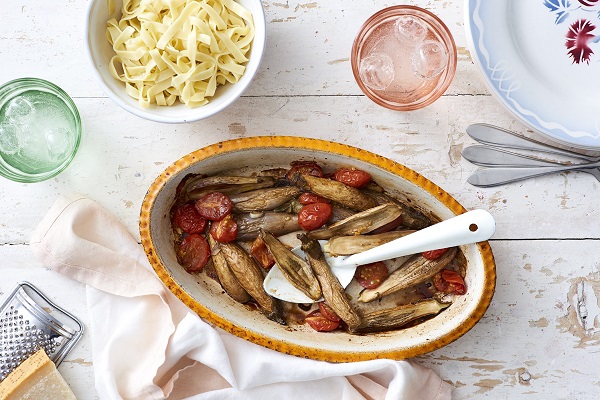 Purple Pride came about in 1996, when three family businesses, Gebr. Van Duijn, Auberginekwekerij De Jong, and Greenbrothers, decided to establish a growers’ association. Now, 26 years later, the association is still made up of the same members and five farms, which produce 30 million kg of eggplants a year. "The Purple Pride growers' association has a 55-hectare cultivation area and 50%+ of the Dutch eggplant crop, making it a market leader in the Netherlands," says Rob.

Despite last year not being fantastic for eggplants, the association still managed to add five hectares to its acreage. "Scaling up helps us make our greenhouses more sustainable and improves our market position. A lesser year then doesn't have much of an impact considering eggplants' ever-increasing consumption and market penetration. There's definite long-term potential."

Specialties
Besides the standard purple eggplants, Purple Pride also offers (mini-)graffiti and Nasu eggplants. "Some consumers still consider regular eggplants to be quite exotic. That's entirely true for our specialties. But, increased purple eggplant consumption affects, for example, the graffiti eggplants too. Once people have cooked with the purple variety a few times, they begin considering the other varieties," Rob explains. 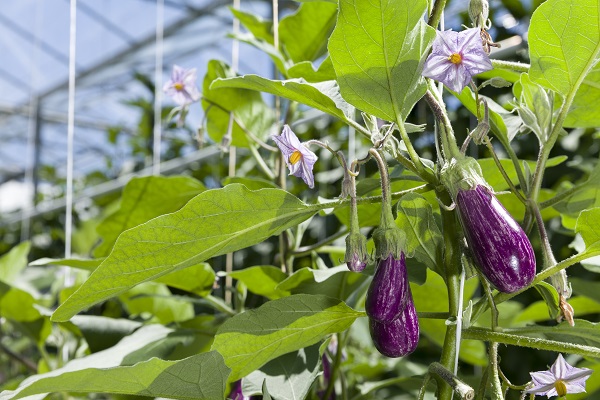 "Demand for graffiti eggplants is growing as fast as that of the regular ones, percentage-wise. Their absolute numbers are just a little lower." According to Rob, the rise in mini vegetables' popularity does not translate as well to eggplant. "People snack on cherry tomatoes and mini cucumbers. You can't eat the mini graffiti eggplants raw, but they're great for the hospitality industry. An eggplant per plate looks beautiful," he says.

Looking ahead, eggplant cultivation will remain Purple Pride's core business. "We have an entrepreneurial spirit, so we're always looking for ways to draw people's attention to eggplants. The whole shawarma process has been fascinating. It was also great fun for our growers, who tested, tasted, and adjusted recipes. In the end, we came up with a product of which we're very proud. We have plenty more ideas too. However, our ultimate goal will always be to highlight our main product, the eggplant," Rob concludes.