"Minimizing the work in the greenhouse is our main goal"

“There’s a transition going on globally when it comes to labor, which also explains why people don’t want to work in greenhouses anymore. This is a social transition involving education, machines, and robots. We are proud to be a part of this transition,” says Dror Erez from  Automato Robotics. The company's goal is to make robotic labour available for growers in passive greenhouses. By focusing on modern, multi-tunnel greenhouses, they hope to bring their harvest solution faster to the market. This is crucial, considering the pressure on the labor market is high. 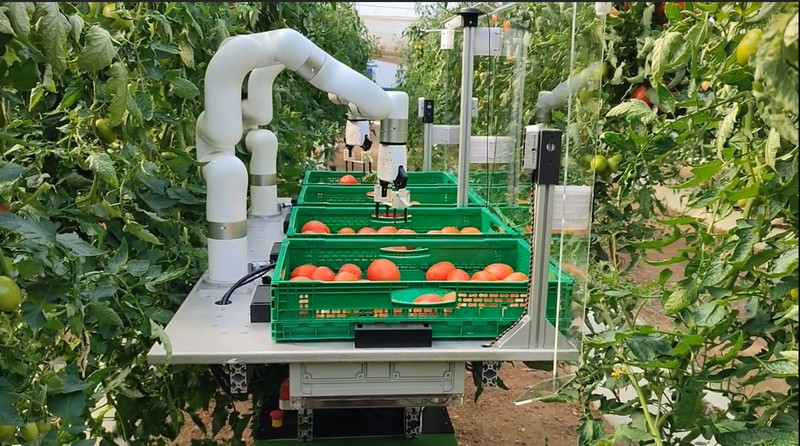 Autonomous or minimized labor?
“A totally autonomous greenhouse seems nice, but we don't think it will be a reality in the near future. Even for a robotic harvester you still need somebody to supervise it. In other words, there will always be a need for human labor. This also reflects the transition that’s going on globally, we believe. People do not want to do the kind of hard work there's in greenhouses anymore. We want to help them become machine operators”, Dror explains. “We try to minimize the work needed in the greenhouse and at the same time, make the greenhouse a better place to work in. That’s our main goal rather than making the greenhouse fully autonomous.”

The company developed a robot platform that can drive off-road in passive (unheated) greenhouses – a market that Dror explains is dominating the greenhouse agriculture (85% of the area) and is dealing with similar challenges all over the world. “Whether it is Spain, Mexico, or other countries, the labor shortage is getting worse everywhere.”  The robot platform has several capabilities: mapping, auto-driving in the rows, and in the central passage. “It knows how to operate in the greenhouse. It stays active night and day, and can carry different payloads, thus enabling the grower to streamline his operation and reduce the labor hardships.”

Mounting solutions
On this robotic platform, various solutions can be mounted: a spraying solution, a pollination solution or, indeed, their harvest robot. Developing such a robot is a journey, Dror says “To have a robot collecting tomatoes safely and unloading them in boxes is a long-term project. Initially, we had a prototype, of which we improved the arms, cameras, and algorithms. Then we got to put it on our autonomous platform and started a harvest trial in Israel, after which we entered the next trial phase: a harvesting pilot in a commercial greenhouse in Spain.”

Being a part of the H2020 Agrobofood program including a grant and territorial support (by DIH Tecnova), the company conducted a successful harvesting pilot in Spain in the greenhouses of one of the two biggest private producers in southern Spain: Perichan. “Perichan is an example of a privately owned, large-scale tomato growing company. Labor is a big challenge for them since the wages are going up while workers become less available, just like all over the world. Anything that can help them support the lack of workforce is greatly appreciated. And besides, they are a wonderful partner.”

Step by step process
So how did it go? “We take this process step by step”, Dror says from his house in Spain, where he moved earlier this year to be front row with every trial. “To make the robot commercially interesting, we have to accelerate the picking rate and have to improve the hit rate: a tomato needs to be picked also when it’s partly covered, or when it’s close to the wire.” Initially, he explains that they wanted to make robots that wouldn't require growers to modernize or change their facility. “There are traditional and newer greenhouses here where stems are not folded over the wire, therefore not covering the fruits. Traditional greenhouses are much more complicated since the environment is much more of a jungle. We started our experiments in the traditional ones, our next experiment will be in a more modern multi-tunnel facility.” It will enable them to speed up the development phase.  “And we see there’s a ongoing process in Spain of replacing traditional greenhouses with new, multi-tunnel ones, a process also supported by the government. This development is ongoing and takes place all over the world, which is why we decided to commercialize a product for multitunnel greenhouses before traditional ones.” 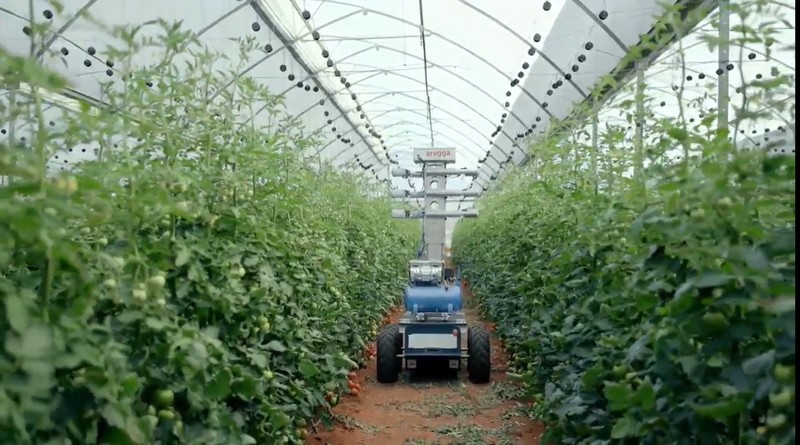 Pollination robot
On top of that, there’s more in the pipeline. Since the autonomous platform can be used for multiple solutions, Automato Robotics also was able to mount the Arugga pollination robot on their platform. “Unlike our other products, this one was designed for heated, active greenhouses, and we are collaborating with Arugga to adapt it to passive greenhouses using our autonomous platform. This will be a new route for us and certainly an interesting one, as we are always looking to bring more value to the farmer”, Dror says. 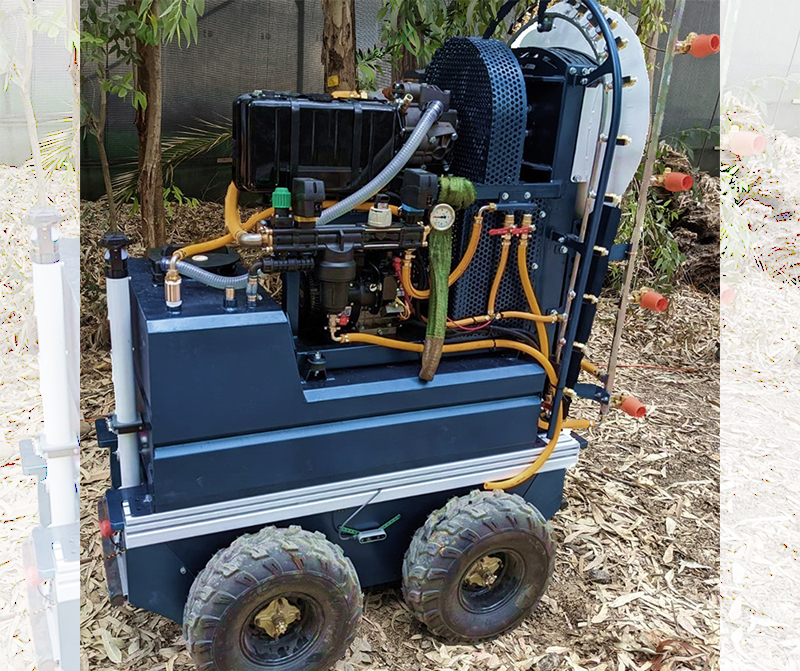 At the same time, reducing the labor needed in passive greenhouses remains at the top of their list. “We believe in the future of robotic harvesting and will continue to develop it further. Yet, the need to reduce the labor demand for greenhouses is urgent, so we focus on other solutions to address this as well. For instance, the autonomous sprayer is a very desirable application for farmers and we hope to launch it in some months.”