"Due to our international supplier structure, fresh arugula is available to us almost year-round"

Ltd, the German arugula season began at the start of May, and the quality of the produce was good, Managing Director Timo Heep (right) tells us. "Here in NRW, the season starts somewhat later than in -for example- the Palatinate. But the weather has ensured a satisfactory supply so far." The produce, which is grown exclusively outdoors, can be offered until around October. Fruchthansa's planned production volume is four to five tons.

Year-round supply
The company also markets arugula from Italy. "Due to our large supplier structure, Italian arugula is available to us almost year-round. The Italian produce comes from both southern and northern Italy. Theoretically, it is also possible to supply Italian arugula in the summer. However, production is somewhat more complex, as high temperatures can lead to quality losses. Therefore, we prefer German arugula from May onwards, at least as long as the arugula meets our customers' quality requirements," says Heep.

The German arugula is primarily offered as a regional product and is sourced from a nearby farm in Bornheim Brühl. "Every day, the produce gets delivered early in the morning by truck, fresh off the fields. It is then packaged directly at our facility and transported to various retail warehouses in NRW. We want to keep the distances as short and optimal as possible," Heep explains. "In the case of the local arugula, we are dealing with somewhat larger plants that are cut and marketed as premium goods."

Excellent quality, low prices
"Some of the 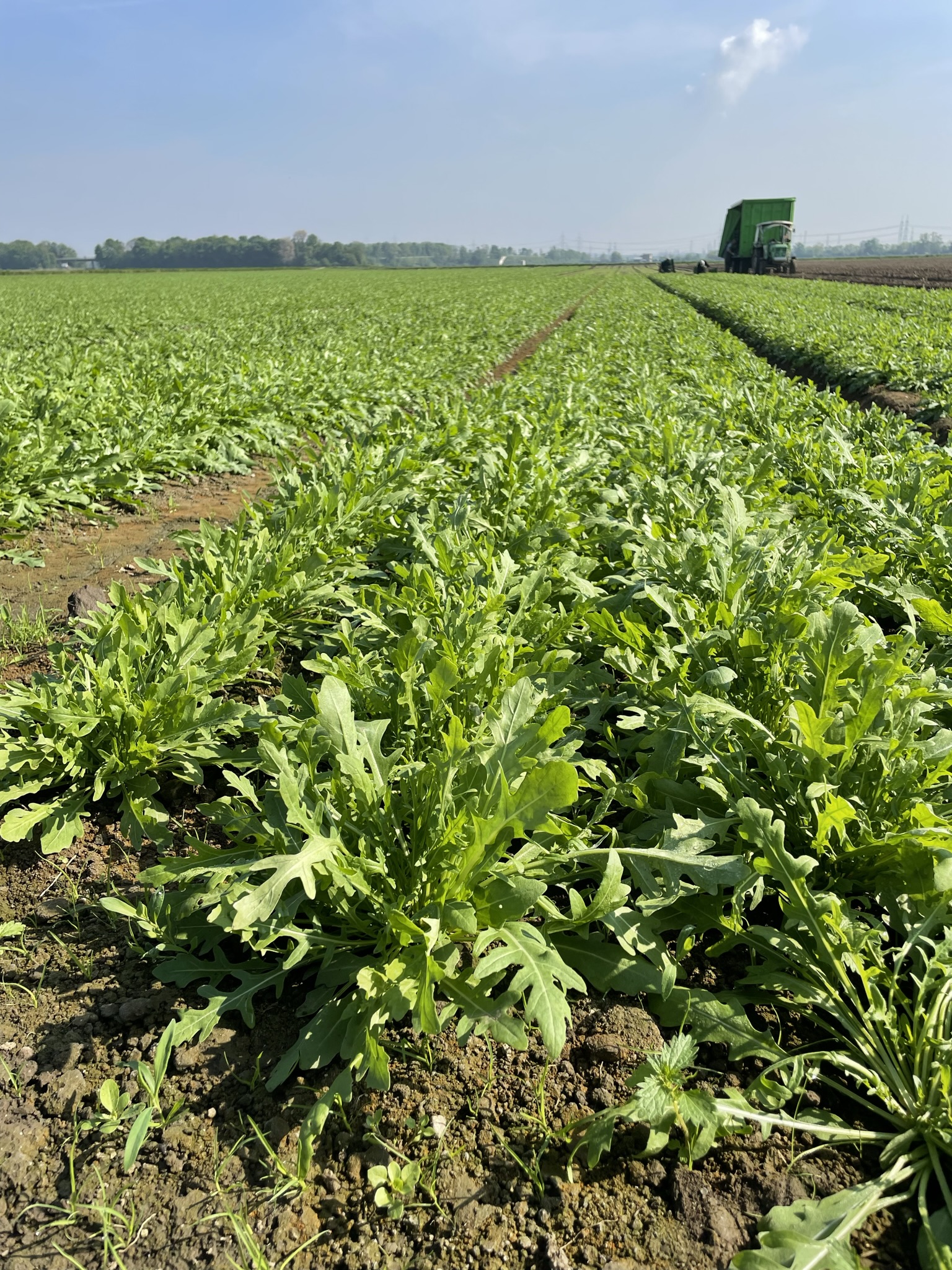 German arugula is more flavorful because the Italian plants are harvested at a younger stage." Quality is currently excellent, according to Heep. In part, however, the price of local arugula suffers from the high supply volume in Germany, he said. "Due to the increased energy costs for the means of production such as seeds, fertilizer, irrigation, etc., the price of arugula must be increased accordingly," Heep says.

Trays instead of bags
"There was a brief trend to sell arugula in bags. However, the quality suffered greatly because some of the leaves broke off, and the arugula spoiled very quickly. Therefore, from our point of view, the use of flowpack trays is best. At the moment, however, it is extremely difficult to obtain trays at all due to supply chain bottlenecks; this is developing into a real drama. In some cases, you have to plan months in advance. Fortunately, we have good connections and so almost always find a solution."

As a lettuce specialist, Fruchthansa not only trades in arugula but also sells other organic and conventional baby leaf lettuces, as well as endive, iceberg lettuce, lollo verde/roso, and oak leaf. In 1967, Fruchthansa began operations at the Cologne wholesale market. In addition to its wide range of products - including direct grape imports from South Africa or blueberries imports from Peru - the owner-managed family business has access to a modern logistics hub with its own trucks and a packaging and ripening facility.