A festive ceremony and an award ceremony confirmed what the Dutch Plantin team already knew: they are the largest exporter of coco coir from India in terms of volume. What's the award? Well, there are four awards, actually: it concerns the period between the years 2015 and 2019. "Coco is of great importance for the economies of India and Sri Lanka and horticulture worldwide," says Wim Roosen of Dutch Plantin, who is proud of the role the company can contribute in this. At the same time, the coconut sector is also facing considerable challenges. 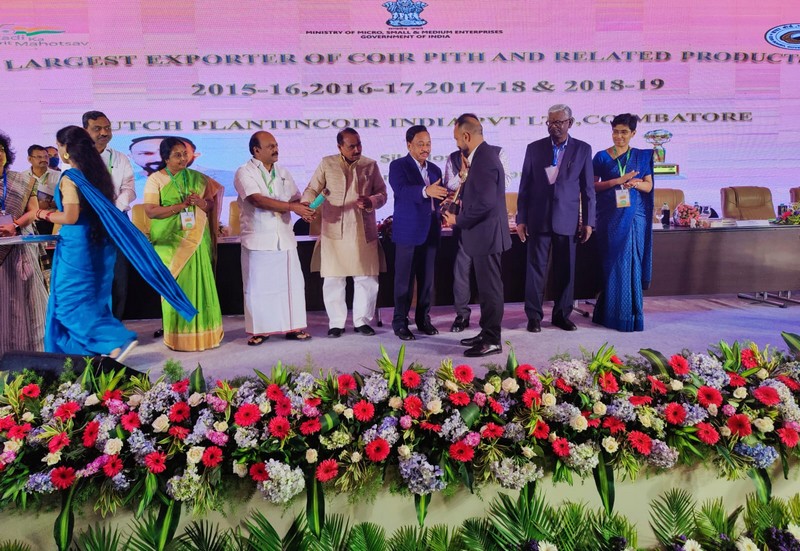 Growing demand
"At the moment, we're running at top capacity in India, for both the 5kg blocks and many types and sizes of growbags," says Wim. The company produces in India at several locations, and last year it expanded its production capacity to meet the growing demand. They have become a well-oiled machine, both in India and the Netherlands. All departments within Dutch Plantin know what they need to do to be successful, and we do not allow ourselves to be tempted by by-products. Their focus is 100% cocopeat and nothing else.

And that's necessary too: coir is in great demand worldwide, and demand is growing. "More and more crops are being grown 'from the ground' worldwide, especially vegetables and soft fruits, and they need a substrate. Coco is a popular substrate because of its characteristic properties: it is 100% organic and can be reused for several years." In addition, there is great pressure on potting soil companies to reduce the proportion of peat in the mixtures and to look for alternatives, such as wood fiber and coconut. 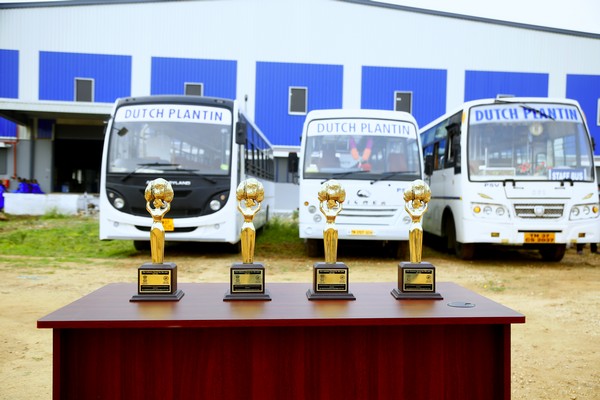 India and Sri Lanka
For horticulture, India and Sri Lanka are important players, and vice versa: coir is of great importance to the economies of India and Sri Lanka. "It means employment in coconut processing plants and income for farmers." In recent years, however, Sri Lanka has been facing serious economic problems: after the pandemic, the country's debt burden, the Russian war, and fuel shortages are driving sky-high inflation. "Many coconut producers are now also in the South of India, where it is more stable. And eyes are also more focused on India, especially when it comes to future capacity expansion."

Transport costs
Dutch Plantin also faces contemporary challenges. The cost of transport from Asia has risen sharply in the past two years, and so has the cost price of cocopeat. "We hope that this will fall again in time. For that matter, we also see that the costs of other substrates such as perlite and rock wool are rising sharply due to increased energy costs."

And with the previously mentioned growing demand for substrates worldwide, all substrates are also needed to meet that demand. Dutch Plantin cocopeat is the right choice, Wim believes. "Only with stable coco can you perform, not only in the first year but also in the years after that with multi-year use."

This results in high production figures for Dutch Plantin, which received no less than four awards from the local Indian government over the period 2015-2019. The awards are always given out with a 2-year delay to check all the data, and Wim honestly expects to be in the awards in the future just like the years before. "We are very proud of our people and happy with our customers worldwide for the trust in our company and our products."