The Dutch bell pepper season got off to a moderate start regarding yields. "To date, this season's prices have been historically low," says Marco Bergman of Harvest House. "Prices have been under enormous pressure, especially in the last three weeks. There are, obviously, several reasons for this."

The general global situation, naturally, affects these prices. Dutch cultivation's energy tale also contributes. "It was thought that the 2022 Dutch bell pepper crop would be late. Based on this assumption, presumably, the Spanish bell pepper growers thought it might be a good idea to remain on the market for longer."

"But the Netherlands has good spring weather. It, thus, didn't enter the market much, if at all, later than usual. So, the Dutch and Spanish supplies coincided. That's too much for the market under the current conditions," says Marco. 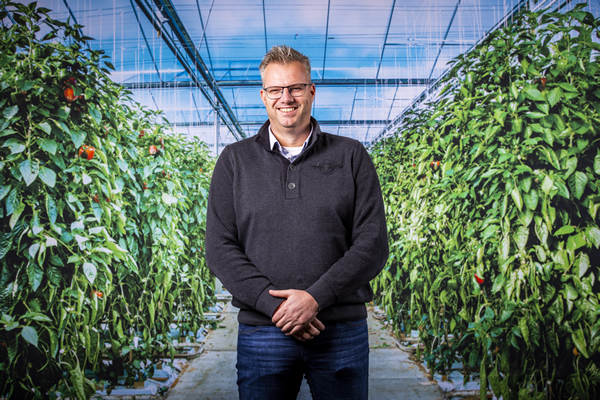 "There's the usual Dutch/Spanish rivalry for space on store shelves. But there's additional pressure on the bell peppers, the likes of which we've never or hardly ever seen in Western European seasons. Suddenly, Israeli, Turkish, or other peppers are in stores across Europe."

"That's mainly, we think, due to the war [in Ukraine] and the related bank sanctions," Marco explains. "If bell peppers normally sell well in countries now facing a banking crisis, those peppers find a way elsewhere. And elsewhere, in this case, has then been on the edges of Europe."

"We need the whole of Europe and then some to sell the Dutch and Spanish bell pepper quantities well. It seems things will improve, price-wise, soon. That's partly because the production will look different and Spain has disappeared as a major producer. So, Dutch bell peppers should fetch better prices. That's also most welcome," Marco concludes.