Producer and trader Franz Ulrich on the current mushroom market

The cultivated mushrooms business is fluctuating wildly at the moment, Bavarian producer and marketer Franz Ulrich tells us. "The Easter business was roughly similar to pre-pandemic times. After the holidays, however, sales in food retailing plummeted," says the mushroom merchant. In general, sales and quantity offtake are currently hardly calculable. 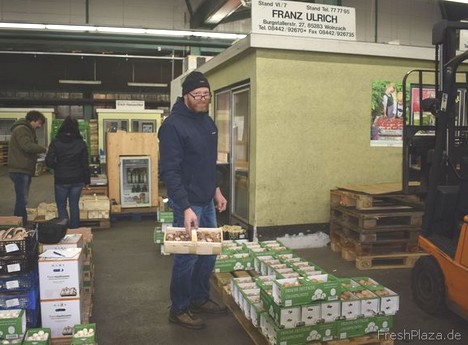 Franz Ulrich at the wholesale stand

Meanwhile, consumption of regular oyster mushrooms is showing a slight decline. "Nevertheless, we're still talking about the third best-selling cultivated mushroom in Germany. On the other hand, mushroom consumption seems to be stabilizing, with white mushrooms losing importance in favor of browns. In terms of demand, demand in the catering trade is rising rapidly with the current increase in outside temperatures, while food retailing tends to be weaker," says Ulrich, who also runs a stand selling mushrooms at the Munich Gärtnerhalle.

Another price increase urgently needed
The mushroom industry is also facing the current cost increases. "We were recently able to realize a slight price increase of 0.10 euros/kg, which was also imperative in view of the additional costs on the part of production. However, this is nowhere near the level we would have liked. This means that we would need another price increase in the course of the year to be able to cover our costs at all, if only with regard to the rising minimum wages," says Ulrich. 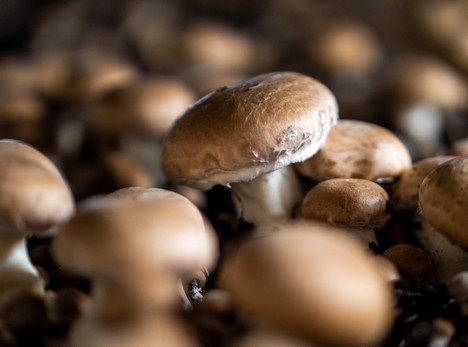 Bottlenecks with forest mushrooms feared
In addition to marketing its homegrown cultivated mushrooms, the company is also dedicated to selling wild mushrooms in the summer. According to Ulrich, a challenging campaign must be expected in this segment as well. "At the beginning of the season, we can still fall back on goods from the Balkan region as well as Bulgaria. From the end of June/beginning of July, however, we normally rely on products from Belarus and the Russian chanterelle bastion of Kaluga. In view of the current Ukraine crisis, the key question will be whether and in what quantities we will receive produce from the East. The only alternative source during the second half of the season would be Lithuania, although the quality of the produce there is incomparable with Kaluga chanterelles."