As already expected (and feared), prices have started to drop in the week after Easter. The average prices in week 16 for tomatoes, cucumbers, aubergines, courgettes, strawberries, and asparagus, among others, more than halved at the auctions of the Federation of Belgian Horticultural Cooperatives (VBT).

Vine tomatoes still fetched an average of 2.67 euros in week 15, but in week 16, an average of 1.47 euros remains. A glance at the price averages of recent years shows that the price is still above the five-year average. The same applies to loose tomatoes, where the average price fell from 2.17 euros to 1.28 euros.

A glance at the volumes supplied shows that these are slightly higher than last year in week 16. However, for vine tomatoes, the supply volumes are still more than 40% lower than in 2021. 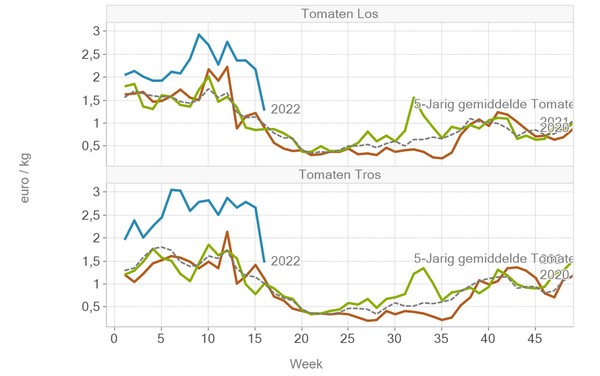 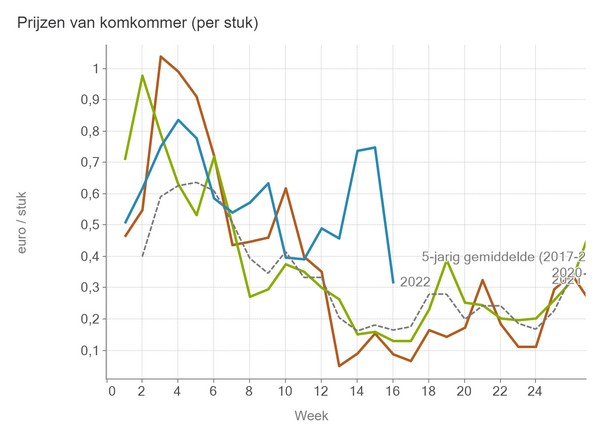 Aubergines fetched over 57 euro cents on average in week 16, green courgettes just under 34 euro cents, and red and yellow peppers also decreased in price. Strawberries yielded just over 2.69 euros per kilo in week 16 (compared to 4.95 euros in week 15). Exceptions to the falling prices are green peppers and all types of lettuce. Head lettuce remains very expensive, according to LAVA in its weekly mailing. The heavier heads are even slightly more expensive. Good weather stimulates demand for this product. 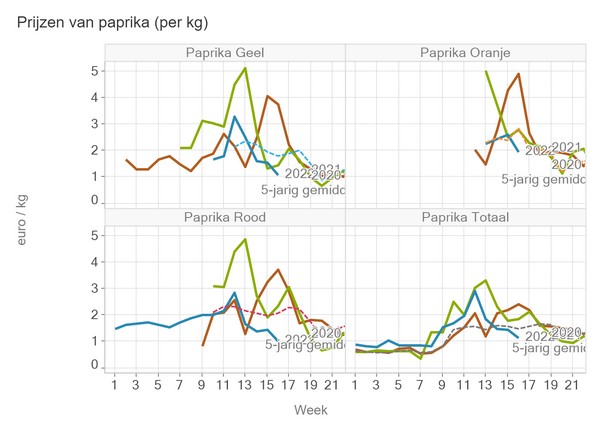 In peppers, the middle price has dipped below the five-year average in the past few weeks.

View all average prices at the VBT in week 16 for vegetables and fruit here.