“Diesel is being rationed," says Marc Harskamp, Trader Fuel Oil/Risk Management at Orim Energy. This Dutch company focuses on trading, blending, and bunkering low-sulfur fuel. One of the reasons for the limited diesel availability, he says, is the maintenance being carried out on several refineries in Rotterdam and the surrounding area. That is preventing production. But even more than that, Marc attributes the shortage to the US and UK boycott of Russian oil. Europe is already feeling the diesel shortage, and the trader expects this only to worsen. 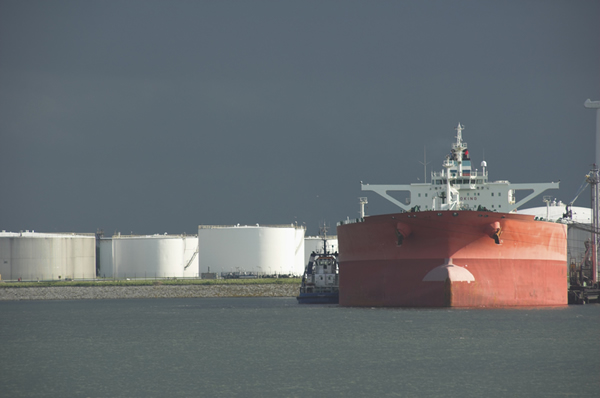 Skyrocketing prices
Though the EU has not formally sanctioned Russian oil, in practice, it is being boycotted, Marc notes. "The big companies no longer dare or can buy Russian oil. Companies like Esso or Shell - American and British companies - aren't allowed to and, for example, French Total doesn't want to buy it. It wants to protect its reputation and market share in the United States." The European Union's hesitant policy on a Russian oil import ban is not helping. "The oil trade doesn't like uncertainty; that's why prices are skyrocketing," he says.

No alternative
The European market used to get a lot of diesel from Russia. That is no longer the case. But Harskamp also sees that because of the uncertain oil market, companies are hesitant to buy oil elsewhere. He points out that, over the past 30 years, Europe has not focused on the industry. That has led to things like severe refining capacity shortage. "Europe always met that shortage by buying refined diesel, mainly from Russia."

Risk-averse
There is, however, diesel available on the global market, says the trader. "Asia has a diesel surplus because there aren't that many diesel cars there," Marc explains. Europe is not getting that diesel because of, among other things, the increased freight prices caused by the war in Ukraine.

The sanctions mean other, longer routes have to be navigated. "But the primary reason is that everyone knows there's no oil, so prices are high." That knowledge affects the futures market, a decisive factor in the oil trade, and drives risk avoidance among major market players.

Futures market
“Prices are falling on the futures market. There's no import ban on Russian oil in Europe, so my Malaysian colleagues, for instance, don't dare send their oil here. Malaysian oil costs $1,050/ton. If they could sell it for $1,130 per ton in Europe, all would be well. But, say, the shipment only arrives a month later, and the futures market's price is $1,080/ton. Then selling that oil is no longer profitable enough. If this weren't an issue for anyone, the price on the futures market would be high too," Marc continues.

Problems with diesel
He expects Europe to have issues with the availability of some oil products, like diesel, until the trade streams find alternative routes. "Russia will probably send its oil to China at some point, and we'll have to replace that with oil from the Middle East and other countries." But there is no doubt that the situation will cause problems in the short term. Marc is already noticing that.

Besides bunkering ships, Orim Energy also supplies a lot of diesel to the shipping industry. "You can't buy oil at the moment, so we're now, for the first time, supplying ocean-going vessels with much more expensive automotive diesel. The fuel we supply to those ships could have high sulfur levels and higher density. But there's simply no oil, so those sea-faring vessels have to now get standard automotive diesel," Marc concludes.