Show cooking Belgian fruit and vegetables at CPMA in Montréal

After two years of the global pandemic, Flanders' Agricultural Marketing Board (VLAM) again headed to Canada in early April. They took part in the 96th edition of the CPMA Convention and Trade show. Visitors could find this Belgian stand with its 'PURE. Belgian vegetables from the heart of Europe' slogan at le Palais des Congrés convention centre in Montréal. 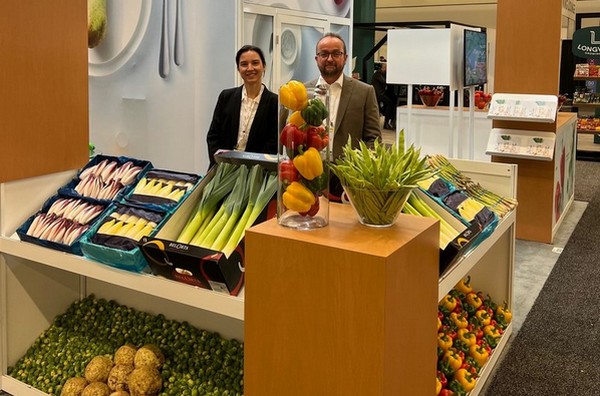 VLAM was one of the few European stands among the 273 exhibitors. This marketing board's participation was part of the Taste Of Europe America promotional program. This program enjoys European co-financing and is coming to an end this year.

This year, the CPMA and Fruit Logistica in Berlin's dates coincided. That made it challenging for some Belgian companies to divide their forces. The sector, nevertheless, chose to participate in both events. After all, Canada remains an important target country for the Belgian fruit and vegetable sector.

Montréal, in the east of Canada, where the 2022 CPMA was held, is a good export region for the Belgian sector. Together with BelOrta, VLAM drew attention to some Belgian products, like chicory, bell peppers, leeks, and Conference pears. 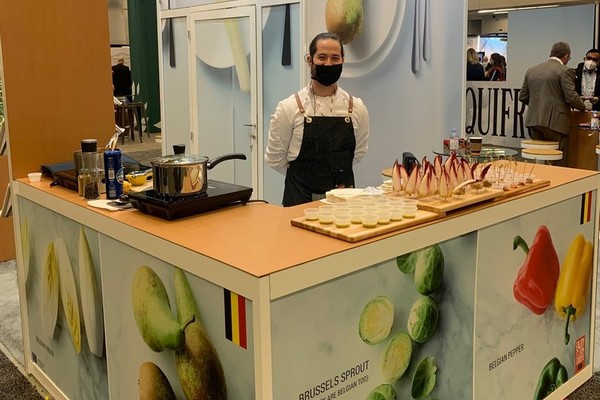 Click here for the photo report FreshPlaza compiled at the CPMA.