Just as elsewhere in nature, agricultural pests often find a way to overcome the obstacles laid in front of them.

From rodents and insects to weeds and microorganisms that bring disease, pests can evolve to withstand the methods we’ve developed to control their spread and impact. The use of chemicals might become less effective, for example, or pests can adapt to the cultural/physical/biological control strategies that are used to contain them.

“The current problem is that these pests are emerging in new locations,” said NIFA Institute of Food Production and Sustainability national program leader Dr. Vijay Nandula. “This could be partly due to climate change and partly due to pests adapting to the practices being implemented for their control.” 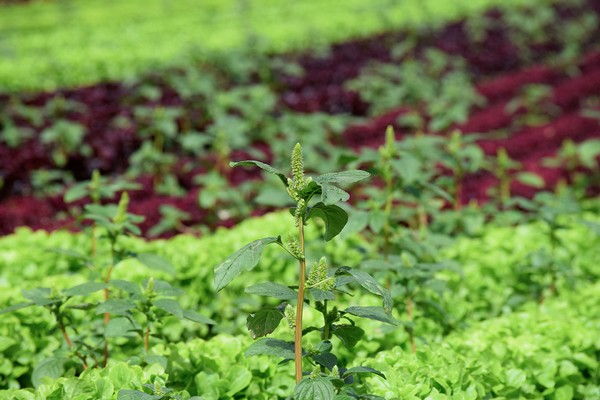 Better results through IPM
To combat pests and pest resistance, farmers and other producers are incorporating integrated pest management (IPM) approaches into their crop management practices. With IPM, multiple techniques—from the use of chemicals or biological controls to cultural practices or mechanical devices—are strategically used together to prevent pests from becoming a problem.

“You’re not trying to eradicate the pest completely,” Nandula said. “You’re just trying to make it viable for the crop to be sustainable. The approach needs to be effective over the long term, sensible and safe.”

Nandula, a weed scientist by training who leads NIFA’s Crop Protection and Pest Management program, said the effectiveness of the various methods often depends on the type of crop, prevailing environment and pest being managed.

The use of cultural practices, such as changing planting dates or adjusting fertilizer or irrigation regimes, and using cover crops can give agronomic crops a fighting chance against a given pest. For specialty crops like fruits, vegetables and ornamental plants—in addition to cover crops—regular scouting for diseases, insects and weeds, using disease and insect free germplasm, and employing a biological control (using a pest’s natural enemies) in select situations could prove to be more effective.

Another promising nonchemical strategy has been the use of mechanical controls like weed seed destruction during harvest. Pioneered in Australia, this method destroys or removes weed seeds at crop harvest and reduces weed seed contribution to the soil seedbank.

NIFA-Funded research into IPM methods
To explore the viability of weed seed destruction in the U.S., NIFA funded a 2019 study led by Colorado State University associate professor Dr. Todd Gaines who found success in using the less expensive chaff lining method as an alternative to a harvest weed seed destructor for wheat.