"Our way of life has changed a lot in recent decades and so have consumption habits. The demand for formats with ready-to-cook fresh products continues to increase," says Tomás García-Escribano, CEO of Cincofresh.

The young fruit and vegetable company, based in the municipality of Cinco Casas, in the province of Ciudad Real, has been expanding its product range and started marketing trays of washed and cut products for the preparation of stew and puree under its Cinco Casas brand. These are sold in large Spanish supermarkets and are allowing the company, which is specialized in the cultivation of melon, watermelon, pumpkin and green asparagus, to open new lines of business. 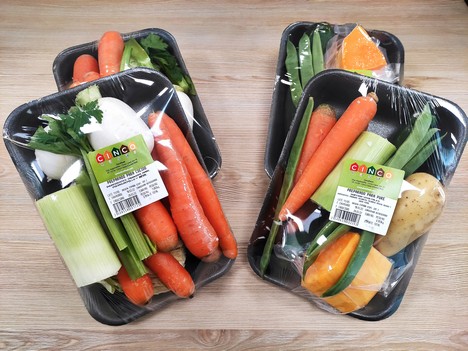 "In addition to being convenient, these formats also help you save money since consumers only buy the amount needed to prepare the recipe, thus avoiding food waste," says Tomás García-Escribano.

Both the stew and puree sets are prepared under strict quality controls for each of the products included in both trays. "To this end, the producers who supply these foods have previously ensured that they are in optimum conditions for consumption. Once in the warehouse, our professionals ensure that these products reach the consumer with excellent freshness every day," he says.

All the products are grown by the producers of this company from La Mancha, except at times of the year when it is not possible. "To overcome this problem, we have agreements with warehouses specialized in each product," says Cincofresh's CEO. 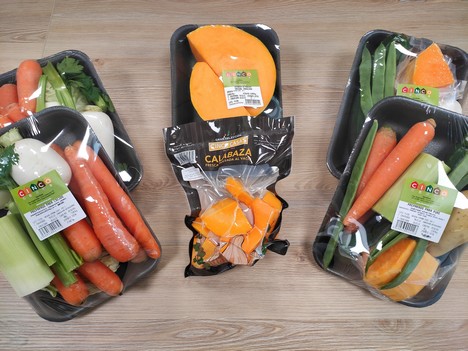 This new launch has been driven by the success of the latest project the company has embarked on. A few months ago, it launched two other new lines of one of its main products: pumpkin. These two new formats are sliced packed carruecano pumpkin and vacuum-packed fresh butternut squash.

"Before launching the project, we contacted the retail chains to which we already serve our products and reached several agreements. We hope that the result of the launch of these new product lines will be well-received on supermarket shelves and, consequently, by end consumers," says Tomás García-Escribano.

Irregular demand for melon and watermelon due to bad weather
During the winter, there has been quite an irregular melon and watermelon campaign. "The consumption levels have been somewhat different compared to other years. We believe it may have been due to the high temperatures we have had this winter, which have given a boost to watermelon consumption. However, it is also true that consumption has been decreasing over these last two weeks due to the bad weather," says the CEO of this company.

As for the spring and summer harvests, Thomas says that "the acreage is expected to be reduced, at least in Almeria and Murcia. In Castile-La Mancha, we believe that the melon acreage will remain stable, but the watermelon area will decrease a little compared to what was planted last year."