“The green asparagus produced in photovoltaic greenhouses is impeccable”

Darbonne Planasa, a producer of asparagus in France, started harvesting last week. “There is one particularity for us this year. During the previous season, the production was more staggered but this year, the volumes will arrive later and will be more grouped together. This rapid escalation is interesting for asparagus growers who can then organize themselves more quickly,” explains Frédéric Faillières, EMEA Head of Northern European Business at Darbonne Planasa.

A very good start to the white asparagus campaign
This harvest configuration is partly due to the favorable weather during production. “The cold and rather dry winter has allowed us to work in excellent conditions, with homogeneous temperatures for the asparagus. Since the beginning of the campaign, the quality has been very good, with very nice calibers and only a few split asparagus. The excellent quality is also the result of the rainy summer.” 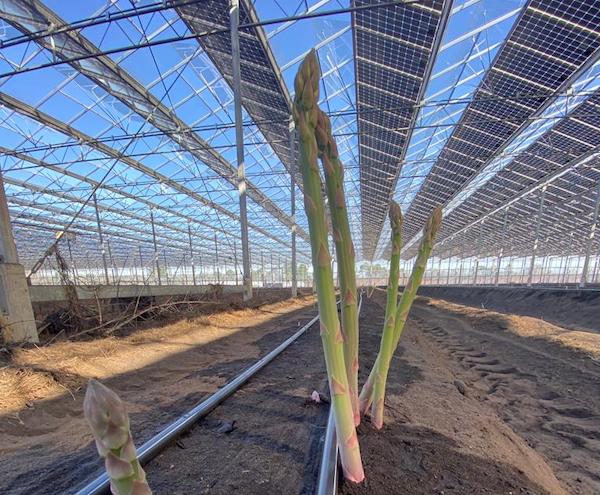 Green asparagus produced in photovoltaic greenhouses
The same goes for the green asparagus, which the group grows exclusively in greenhouses equipped with photovoltaic panels. “Using photovoltaic panels is particularly interesting for the production of green asparagus. It gives the vegetable a unique taste, especially since we grow the Darlise variety, which gets smooth and very tasty. The shade helps give a more intense green color to the asparagus. Of course, our productivity is affected. We get approximately 5 tons/hectare while production in classic tunnels gives us between 8 and 10 tons/hectare. But the quality of the asparagus is just impeccable.”

The first asparagus eagerly awaited
Like each year, consumers are happy to see the first asparagus of the season. Their consumption tends to become more popular. It has increased from 2005 and 2021 by 22% per household (Kantar data). “We are satisfied with this anticipation that marks the start of the campaign. Professionals also work hard to promote the product. Earlier this month, for example, our presence at the International Agricultural Show in Paris to make the asparagus more popular was a real success. All generations were represented.” This is encouraging because the asparagus sector really wants to target young consumers, who are less represented than the 65+ generation that is still on the rise in terms of asparagus consumption (Kantar data). 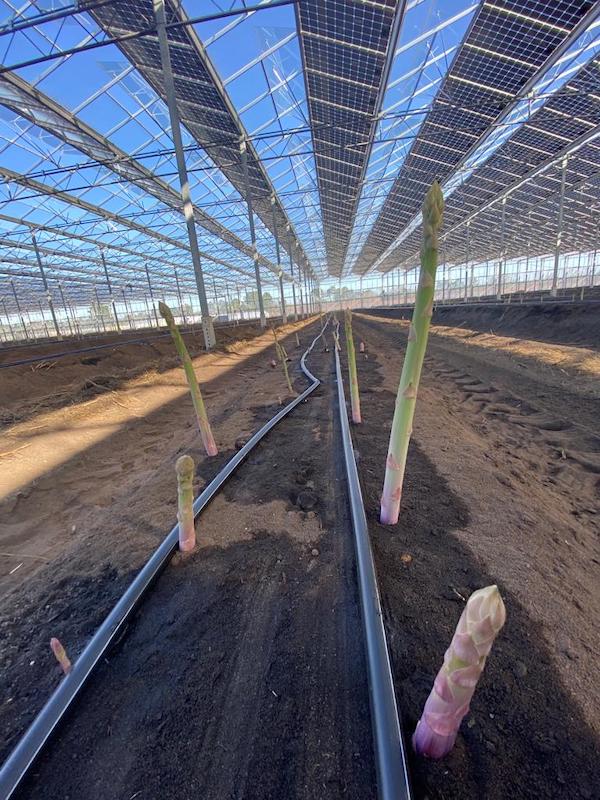 Varietal choice, robotization, and phytosanitary transition: the three biggest challenges of asparagus production
According to Frédéric Faillières, choosing which varieties to grow is a challenge for the producers. “We need to be able to offer asparagus varieties that are productive, robust, and tasty. We chose the Darius, a very nice variety that has all of these characteristics. We are very happy with our choice of this variety selected in France for the French market.”

The asparagus sector is also concerned with the robotization of the sector. “We have high hopes that we will have a high-performance production within 3 to 4 years, which would allow us to suffer less from the lack of labor that affects the asparagus sector in particular.”

“Finally, we follow the legislative transition regarding the use of phytosanitary products, increasingly criticized by consumers. We are truly in favor of this transition and willing to change our practices, but this agro-environmental change represents a real challenge for the profession. Luckily, one of the greatest assets of the agricultural world is its ability to adapt to agricultural, societal, and legislative changes.”