The flooding of the Brisbane Produce Market, between Sunday and Wednesday, and road closures in both states, meant that fresh produce was diverted to the other major markets in Sydney and Melbourne, and Director David Zahlan says lines were arriving further along in their shelf life than normal.

"Early in the week we had a lot of fruit that got redirected into Melbourne," he said. "That caused some prices to plummet, but they were already 2-3 days old, so the quality was pretty average. Our biggest problem has been erratic product, quality of product and massive swings in prices. It is okay for prices to be high, but the quality wasn't matching up on a lot of products and it was a challenge to maintain quality with the high prices. Especially when there was a double market being played out with product that was affected by being late were redirected. That product was poor, and prices reflected that with anything that was good (quality) being super high. Just trying to manage the quality was difficult." 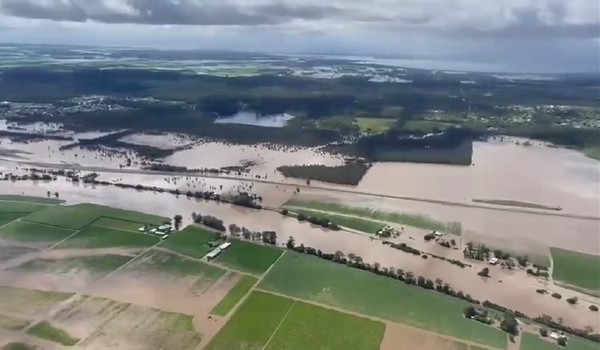 Many regions across southeast Queensland and northern New South Wales have been experiencing devastating weather and floods, which are impacting production regions and many regional and rural communities. Fruit and vegetable crops were either in the harvest season, or preparing for autumn/winter production, when the storms hit last weekend, particularly in the Lockyer Valley and north as far as Bundaberg, as well as properties in between.

"For us at the moment pineapples have shortened in supply dramatically," Mr Zahlan said. "In addition, locally grown Victorian stuff, like cucumbers shot through the roof, lettuce, broccoli etc. The main thing coming out of Queensland was all the redirected stuff. The now there is a vacuum going the other way; the product is getting vacuumed to replenish their stocks and the product quality is a bit on the poorer side."

It is not just actual damage to crops, but the floods are also having flow-on effects throughout the broader supply chain, such as road closures and disruptions to a wide range of businesses.

"Our biggest problem is that we are trying to represent to the customers the price hikes, and it is not just one or two lines, a lot of things have gone up," he said. "That has been one of the biggest effects onto the retail benches. These issues are compounded by the petrol rises, and the general inflation of products - people are definitely feeling it on a regular basis. In saying that, our message has been to buy quality, at least it will last, but more importantly, continue to shop. Home cooking and eating fruit and veg is going to help people in the industry through it. We have been seeing bigger shops, now that school is back, and we are heading into footy season we are seeing a more consistent big basket shop, with more of a rhythm forming. But with all of this volatility from the weather, from hot to cold, to wet and humidity, all we can suggest to people is to buy the best product you can get your hands on for a bit more longevity."

Wet weather set to continue throughout the weekend
The Bureau of Meteorology (BOM) says while an east coast low off the New South Wales coast has weakened, severe thunderstorms are still forecast for north-east New South Wales and south-east Queensland.

"Isolated severe thunderstorms with damaging winds and locally heavy rainfall have been forecast for Queensland's south-east on Friday and across the weekend," A BOM statement read. Any rainfall that occurs may still result in river rises or flash flooding due to saturated catchments. The situation continues to be dangerous for riverine and flash flooding in creeks, streams and catchments. Multiple minor to moderate flood warnings are current for south-east Queensland rivers, with major flood warnings in place for the Weir, Moonie, Condamine and Balonne rivers." 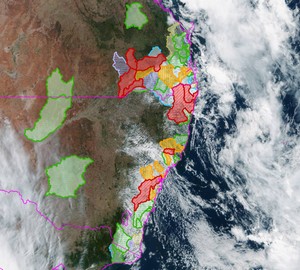 In New South Wales, severe thunderstorms and locally heavy rainfall are still possible across the north-eastern parts of the state on Friday and Sunday.

"Depending on where these storms develop, further river rises are possible over the coming days due to already saturated catchments," the BOM said. "While most floodwaters are receding, numerous flood warnings remain current, including major flood warnings for Clarence, Hawkesbury and Nepean, Richmond, Gloucester and Weir rivers. For the rest of New South Wales, showers and thunderstorms are likely to become more frequent in the south and south-east parts of the state during Saturday, extending to central areas on Sunday, and further northeast on Monday. Some heavier rainfalls are likely, which may lead to renewed river rises and flooding."

To assist with the collection of flood impact data in Queensland, AUSVEG, along with Queensland State Member Growcom and the Queensland Department of Agriculture and Fisheries, are encouraging primary producers to complete the online Natural Disaster Impact Survey and keep records of the impact of the floods on their properties and businesses, including photos.

For the latest forecasts and warnings, visit: www.bom.gov.au