“Our first step is to build baseline data and algorithms. As we build farms, we will deploy these systems so that the plants drive the system and optimize resource use,” says Philip Karp, President of Soli Organic (previously Shenandoah Growers).

Based out of Rockingham, Virginia, Soli Organic has been growing food for roughly 30 years and distributes to more than 20,000 stores in the United States. While much of the production was initially field-based, Soli Organic has been transitioning to controlled environment agriculture (CEA) in an effort to improve unit economics and resource use efficiency. In January 2022, Soli Organic announced two multi-year partnerships that strive to push those boundaries as far as possible. 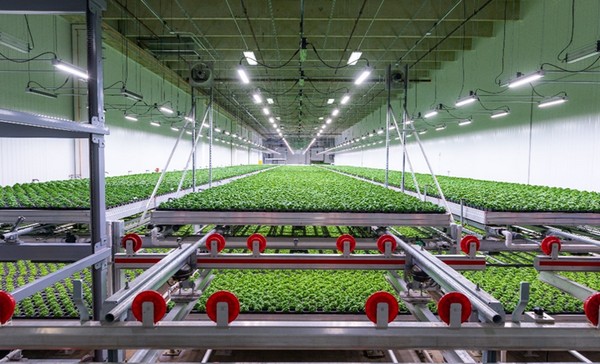 “We are looking at how we can develop certain plant traits, produce organically, improve nutritional values, and bring out taste. This five-year partnership is well underway, and we’ve already developed a few different genetics together. There are forty different varieties to test and a lot of cool stuff to bring to the market,” says Philip.

Further, Soli Organic is partnering with AI and IoT company Koidra to integrate artificial intelligence and machine learning into its indoor farms. Led by Chief Science Officer and plant physiology expert Tessa Pocock, the company is building its baseline data and algorithms to inform AI-driven systems rooted in crop physiology.

“Our Chief Science Officer Tessa Pocock is one of the premier experts in plant physiology, and her ultimate vision is to use an applied AI perspective to let plant physiology drive the system,” says Philip.

Complementary to its partnership with Koidra, Soli Organic is also developing its own sensing technology to measure photosynthetic rate and crop responses to various environmental conditions. “Marrying these sensing technologies to the environmental data will allow us to build algorithms that are plant-driven.”

Keeping costs low in vertical farming
Soli Organic is not the only player in the CEA industry that is tackling AI and genetics, but Philip notes that Soli Organic differentiates itself through its extensive 30 years of growing and marketing expertise, having mastered multiple agricultural systems, and having built a strong market position with 20,000 points of sale in the United States.

As Philip explains, Soli Organic has not rooted itself in venture capital which forced the company to develop cost-effective methods of producing quality products. In fact, the reason that Soli Organic is transitioning from field and greenhouse production to indoor farming is that the company can lower costs by optimizing the plant density, lighting, root zone conditions, and inter-canopy conditions.

“Our techniques are the building blocks of our highly efficient system. We maximize our plant density in every stage of growth, we adjust the climate and light, and we produce our own fertilizer in-house,” explains Philip. “We’ve developed a multilayered system that can be tightly controlled from the plant to the soil.”

By growing plants in living soil – rather than using hydroponics or aeroponics – Soli Organic is unlocking the full value of controlled environment agriculture, including achieving considerable savings that translate to low unit costs, higher and more predictable yields, and environmental and climate benefits. 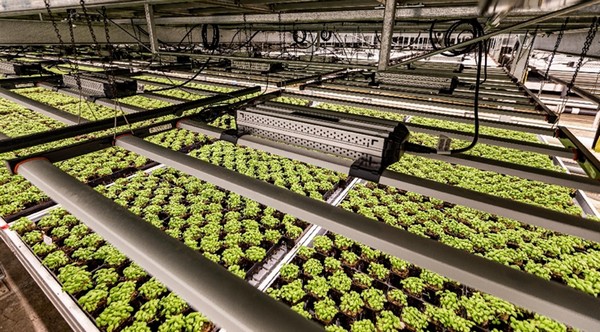 With regard to labor savings, Philip emphasizes the importance of finding smart, low-cost solutions for moving material from one part of the facility to another. Simply by shifting some production from its greenhouses to a more controlled system, Soli Organic has reduced its variable labor costs by 10 times. However, Philip does not expect vertical farming to replace greenhouse and field crop production.

“We will need to take all three forms and sort out the right time and right crop to produce in a given area. The greenhouse will always have its place for certain crops. Where it makes sense for product economics to produce indoors, we move indoors,” says Philip. “We have shifted 20% of our product mix into controlled environment facilities. In the next two years, we will increase that to 90% with most in indoor vertical farms and some in our greenhouses.”