Government and the business community are working towards making the production of potatoes, vegetables and fruit (AGF) more sustainable. Progress is being made here, but things are not going quickly enough to achieve a large number of (interim) targets set by the business community itself, government or jointly (for example through agreements). This is what emerges from the Monitor for the Development of Sustainable Food Chains for the AGF product group sold in Dutch supermarkets. The Monitor is carried out annually by Wageningen University & Research under commission from the Ministry of Agriculture, Nature and Food Quality. 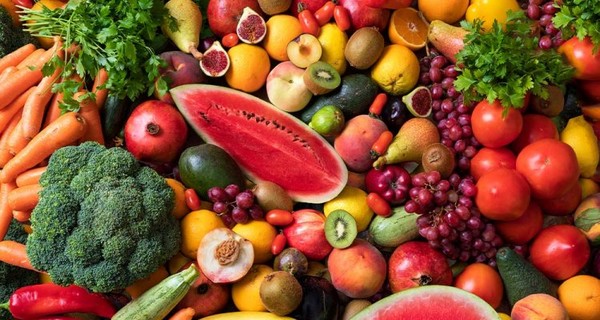 The sustainability targets have not been achieved in the following areas:

The provision of information to growers’ employees on pesticides continues to be scanty.
Absenteeism owing to illness among employees of agricultural companies continues to lag behind the average for Dutch employees. But employees in these companies are still not being informed about the dangers of working with pesticides, even though this is mandatory.

Use of chemical crop protection is too high.
Too many pesticides are being used on AGF products, and the environmental impact is too high to attain the interim target set in the Second Policy Document on Sustainable Crop Protection. What is positive is that few residues are being found on products from the EU. For a limited number of countries outside the EU, residues of pesticides are found on more than 10% of AGF products.

The population of pollinators, such as bees, bumblebees and butterflies is still declining.
This decline in pollinators depends on many factors, and to what extent this is related to the AGF sector cannot be determined. Nevertheless, measures have been taken to ban the use of certain pesticides (neonicotinoids) that are harmful to pollinating insects. At the same time, the use of alternative pesticides has increased. The effects of the ban on these pesticides on changes in the pollinating insects population will become clear in the near future. In addition, the area of flower-rich field margins declined during the 2013-2018 period, despite government efforts to achieve more functional agrobiodiversity on agricultural land.

Sustainability is stagnating in a number of areas:

The rights under labor law are usually well organized for employees in the Netherlands.
This does not take into account that spot checks on those seen as at risk in greenhouse horticulture revealed infringements of statutory labor law in 53% of cases. Outside the Netherlands, there are also various problems with the labor law rights of agency workers in fruit and vegetable growing.

Soil quality in arable farming is in decline.
The use of heavy machinery leads to soil compaction and declining soil productivity. With compaction, the soil is pressed down to such an extent that soil structure is lost. The target of managing all agricultural land sustainably has been set for 2030. In practice, the risks have not been reduced to a significant extent.

Evident progress has been booked in a limited number of areas with respect to making AGF products more sustainable:

Use of mains water is still limited in the AGF sector.
Mains water consumption in the production of Dutch AGF products is constant and at a low level. No sector-specific figures are available for surface water and groundwater usage. AGF products from countries where water is in short supply may however have a larger sustainability impact on the water aspect than AGF products from the Netherlands.

There is less wastage of fresh AGF products.
Products showing defects of a cosmetic nature are not discarded but are offered at a lower quality grade and processed. When it comes to both vegetables and fruit, food waste among consumers has decreased in recent years. Wastage in supermarkets was slightly less than 3% of the total quantity purchased. Nevertheless, the AGF wastage in supermarkets remains relatively high at 2.7% by comparison with other product categories, such as meat, dry goods, soft drinks and ready-made meals at less than 1.7%. The wastage of vegetables and fruit among consumers has almost halved in the period 2016-2019.
For more information: