EVE Techniek on top of developments in German greenhouse cultivation

The EVE Techniek office in the Netherlands is a mere five-minute car ride from Germany. That is very convenient for that team, especially considering the developments German greenhouse horticulture is undergoing. Since Marco Evers and Piet Veenstra founded the company in August 2015, the engineering firm's growing team has visited Germany regularly to, for example, optimize water systems for cultivation on water, to implement software so growers can comply with the German 0-reading ('Null bezug'), or to sort out malfunctions. 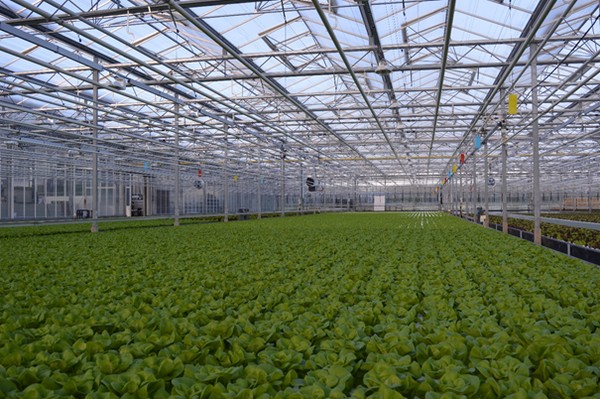 Cultivation on water
"More and more growers are considering growing on water," says Piet while visiting grower Heinz-Jürgen Albers. This German grower invested in cultivation on water a few years ago, making him an example of the development that is taking place. At Albers Krauterproduktion, herbs and lettuce have been floating on ponds ever since, although the grower continues to cultivate outdoors and grows herbs in tunnel greenhouses too. 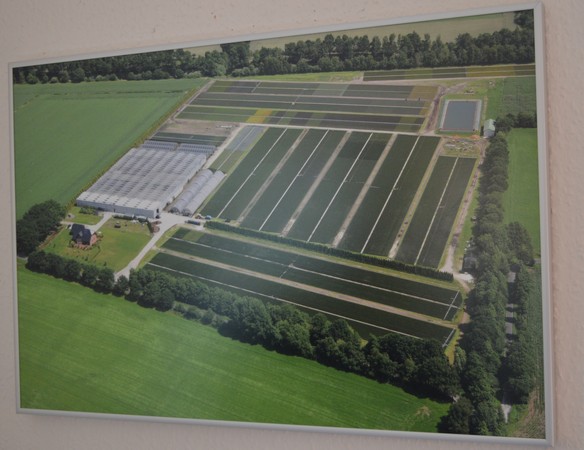 The grower has an aerial photo of his farm in his office.

In 1998, Heinz-Jürgen started out growing heather. In 2006, he switched to cut herbs, and then he decided to start cultivating on water. That cultivation, in a completely renovated greenhouse, began in December 2018. Initially, the grower started with a greenhouse of about 6,500 m2 next to a sizeable processing and packaging warehouse where herbs from other growers are also processed and packaged before going to several large German retailers. The grower is also considering converting his outdoor acreage to greenhouses in time. 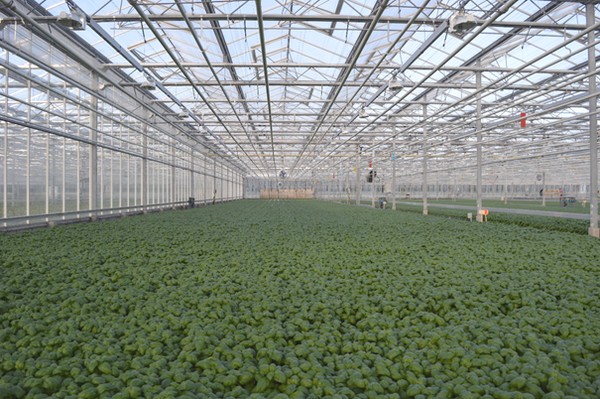 Naturally, water quality is important for cultivation on water. The grower, together with technology partners such as EVE Techniek, continues to make strides in this area. Marco explains that, when growing on water, fertilizer and oxygen dosages are vital. To ensure the dosages are correct, pumps keep the water in the ponds continuously moving.

In the greenhouse, the grower has a climate-controlled area, too, where he cultivates his own young plant material. The area is also equipped with a computer in which the entire water system has been mapped. All the pumps and systems work together. 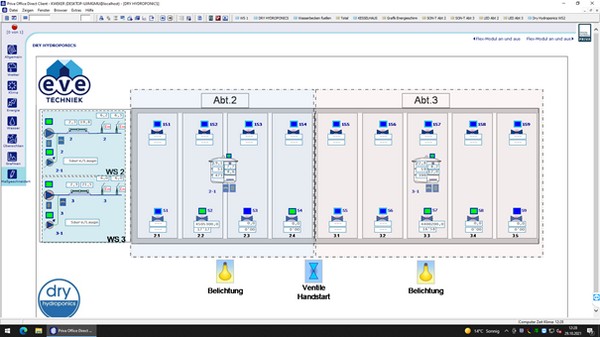 The sensors from Priva - in whose systems EVE Techniek specialize - play an important role as well. These sensors monitor everything in the greenhouse - which is also equipped with hybrid lighting - and the other systems respond based on the information the sensors pick up. 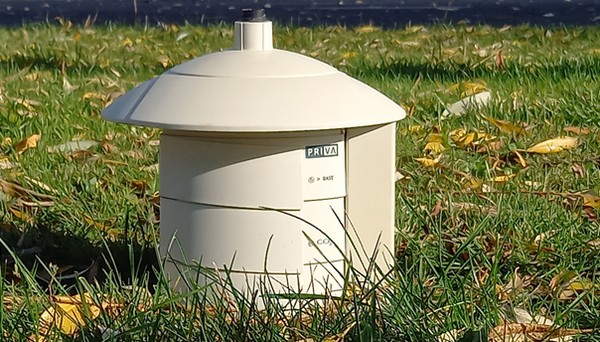 0-reading (Null bezug)
Another German greenhouse cultivation development EVE Techniek is involved in is the so-called 0-reading. Germany's electricity grid, just as in, say, the Netherlands, is overloaded in some places. As a result, the government has asked growers to stop supplying electricity to the grid.

Piet: "Thus, the challenge for growers is not to buy any electricity, or to sell it back. You could call it a balancing act. The goal is to arrive at exactly zero. If a system starts up or shuts down somewhere, the grower's electricity production must respond immediately, for instance with the grower's combined heat and power system. To do so, you can use smart software, which ensures that power production and demand are precisely balanced. Priva's software already includes real-time grid measurements, and, with an eye on developments in Germany, we have written a piece of software that allows growers to exactly balance electricity purchase and sale. There's an increasing demand for this."

Breakdown service
EVE Techniek has had a breakdown service since its start in 2015. There is an "enormous amount of technology in and around greenhouses," the company said in a previous article a few years back, and thus breakdowns occur quite frequently. "We help growers who call in with a malfunction via Teamviewer or on the telephone. If it turns out we can't resolve the malfunction in this way, a technician will be on their way as soon as possible. EVE Techniek is ready for this 24/7, in and out of office hours," says Marco. 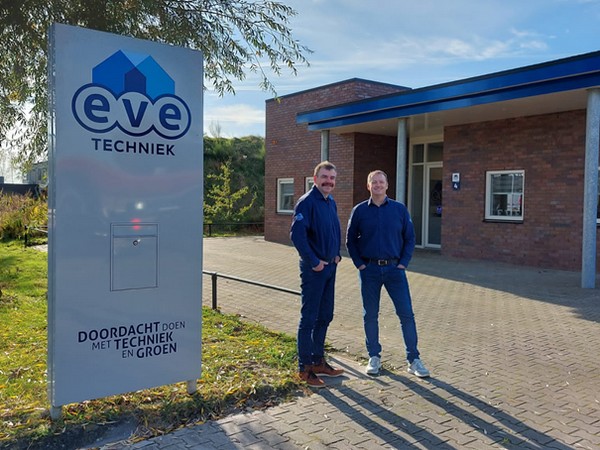 Piet Veenstra and Marco Evers at EVE Techniek in the Netherlands.

EVE Techniek no longer consists solely of Marco and Piet; they also have a permanent team and an increasingly flexible workforce. "We're always looking for new people, including younger people. If their basic knowledge is decent, we are more than happy to help them brush up their skills in the field."

You can find the company's vacancies on https://eve-techniek.nl/vacatures, "but open applications are welcome too," concludes Marco.