On Monday, November 15, the first tomatoes from the 'Fossil-free LED tomatoes' project that had been planted nine weeks earlier were harvested. Based on the results of the 2020/2021 trial, the lighting system had been adjusted. The first change was a second spectrum being added to one-third of the section. 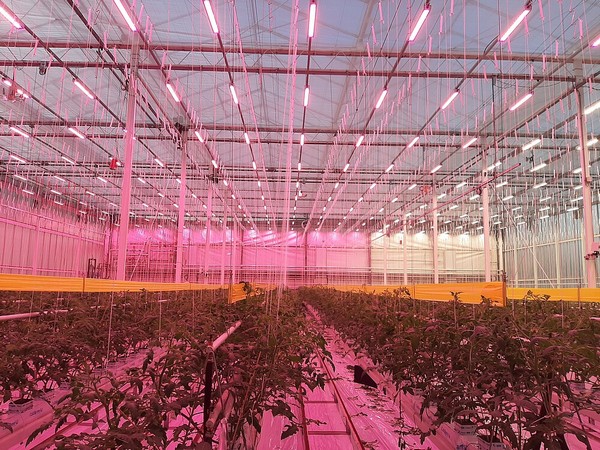 This spectrum has a higher share of green light and 10% far-red light, in which the PFD (PAR + far-red) is the same in both treatments. The crop's compact, heavy growth was the main reason for incorporating this second spectrum, writes Lisanne Helmus-Schuddebeurs of Delphy on the 'Kas als Energiebron' website. The idea was to grow a more open plant with improved light penetration. The fruit, too, must be able to absorb more of the light.

Before the first harvest, there were no measurable differences between the two spectra. There were, however, some visual differences observed every week, and now that days are getting shorter, and thus darker, the spectrum's effect should become more apparent.