Onion, garlic, chives and leeks: what do these vegetables have in common besides being delicious spices in the cuisine of several countries? The answer is simple: they are all plant species belonging to the same family (Liliaceae) and to the same genus (Allium). That family has gained a new member: researchers in India have discovered a new species of the Allium genus in the Himalayas. 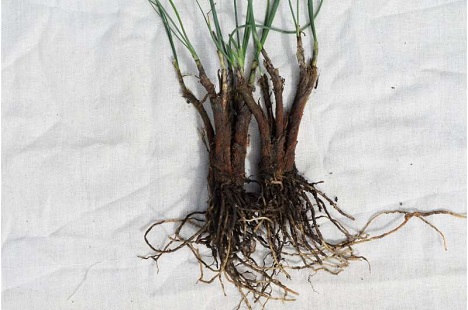 According to a study published in the scientific magazine PhytoKeys and conducted by scientists of the National Bureau of Plant Genetic Resources (ICAR) in New Dehli, the new plant called Allium negianum was discovered at the border area of Malari between India and Tibet. The village is located in the Niti Valley, Chamoli, in the Indian state of Uttarakhand.

The plant grows at 3,000 to 4,000 meters above sea level and can be found in the sandy soils along rivers and streams forming in the snow pastures of alpine meadows. In those places, the thawing snow helps transport the negianum seeds to more favorable areas.

Newly discovered onion species, only in the Himalaya

With very limited distribution, this newly described species is restricted to the western Himalayas and has not been reported yet anywhere else in the world. The scientific name honors Kuldeep Singh Negi, a prominent explorer and collector of Allium in India.

Although new for scientists, the species has been known for a long time in home cultivation by local communities. While doing the research work, the team has come across various local names for this plant including Phran, Jambu, Sakua, Sungdung, and Kacho.

Only known in the western Himalayas so far, it may be under pressure from people wanting to try it. Therefore, researchers fear that a blind harvest of its leaves and bulbs for seasoning could constitute a threat to the species in nature.