Prizes and policymakers at this year's Dutch Horticultural congress

More than two years ago, the Dutch National Horticultural Deal was signed. Last week, people from this sector gathered for an initial evaluation. The event attracted many policymakers in particular, but there were also several growers and chain partners like breeders and research centers, as well as start-ups, two of which won prizes. This is the third time these Horticulture & Starting Materials sector prizes have been awarded. 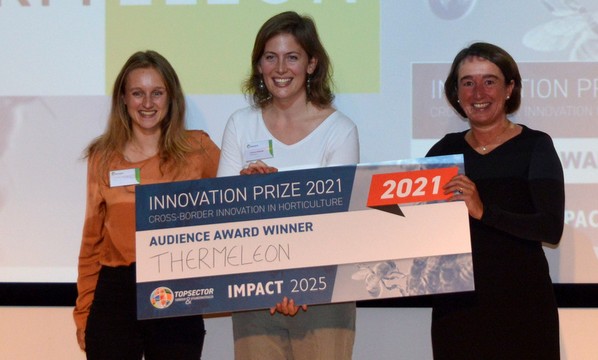 Thermeleon founders (f.l.t.r), Jildou de Jong and Liesanne Wieleman from the Dutch Ministry of Agriculture, Nature and Food Quality, who awarded the prize.

Prizes
Thermeloen markets a greenhouse thermal battery with which they won the public prize. InsectSense won the jury prize and €25,000 with their bee-like sensor that detects plant diseases. 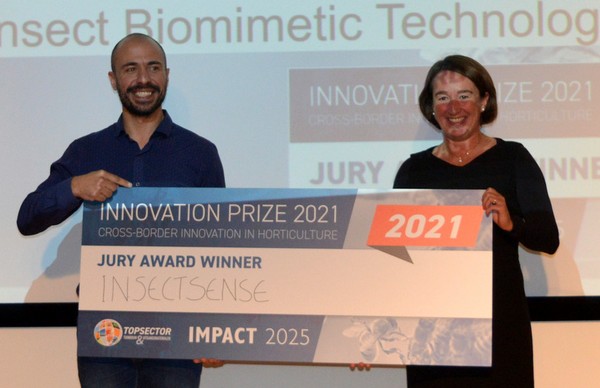 Energy crisis
The entire program's focus was, unsurprisingly, on the energy crisis, as this is certainly on growers', but also policymakers', minds. 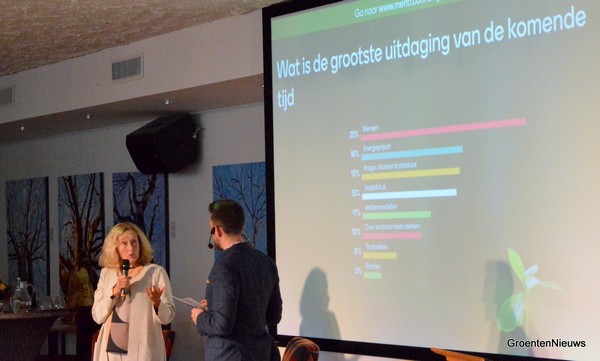 "And we don't have Putin's phone number either," says Adri Bom-Lemstra about the energy crisis.

Policymakers do not have an immediate solution either. To quote Adri Bom-Lemstra, Greenports Netherlands' and Glastuinbouw Nederland's chairperson: "We don't have Putin's phone number either." He expressed the hope that the current crisis is 'just' a hiccup, but Adri also hopes the crisis will spur on the sustainable transition the sector envisions. 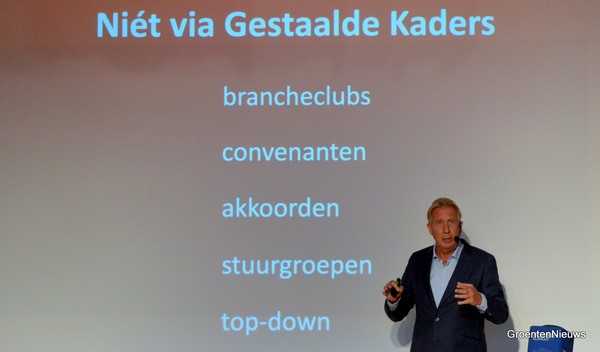 When it comes to transition, Jan Rotmans does not believe in branches, covenants, deals, steering groups, or top-down governance.

Transition and transparency
For this transition, things like transparency are needed. Jan Rotmans is an expert in this field, so he addressed the gathering. Volkert Engelsman of the global organic fresh produce distributor, Eosta, spoke passionately about this subject too. 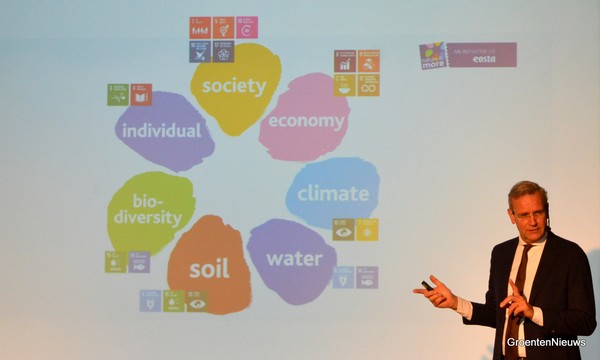 Workshops
Workshops were held in between the sessions, for example on hydrogen and biodiversity. Consumers' double-mindedness was also discussed. 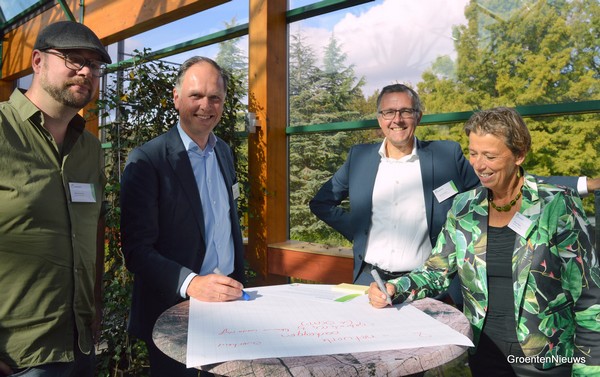 In two minds
People generally want to be sustainable, but get them into a store, and that ideal quickly disappears. In a panel discussion, Thijs Jasperse of Florpartners gave a great example. "Everyone wants to see bees on plants at growers and in their gardens. But seeing them in stores is scary and 'dangerous'."

The biodiversity panel discussion with Hebe grower, Rudolf Hopmans of Natuurlijk Hopmans and Thijs Jaspers from, among others, Florpartners. Here he 'represented' Intratuin when their management team could not attend.