There aren't many cameras that can help growers detect problems in cultivation at an early stage in the way that a hyperspectral camera looking over the grower's shoulder can. Based on this idea, Polariks developed its own hyperspectral camera in recent years: GreenspectIR.

It now appears that the District Court of The Hague declared the company bankrupt on 7 September. J.E.M. van den Bemt of GMW Advocaten has been appointed as trustee. On behalf of the law firm in The Hague, Mechteld van Veen-Oudenaarden gives an explanation. She has already spoken to the directors on behalf of the trustee.

Running pilots
Polariks was established at the Space Business Innovation Centre in Noordwijk and is registered in The Hague according to the latest data. There it was located in the New World Campus on the Spaarneplein.

In 2019, the company conducted trials in strawberries and potted plants, among others. Tests were also conducted in high wire crops such as cucumber. Recently, the focus has been on the wine sector. "Pilots were running in South Africa and France," says Van Veen. "That way, the cameras, software, and sensors were being developed further."

Ready for market launch
In early 2020, the system was ready for a market launch, but then the COVID-19 crisis erupted. In the end, that put Polariks in a tight spot. "Winegrowers had to choose to invest in Polariks technology, but they put the brakes on because of Covid. As a result, the developers decided to temporarily park the product pending improvement in the corona situation."

That improvement was expected last summer. Polariks was heading in that direction and tried to keep costs as low as possible and continue at a low level until then. "The company missed out on all the Covid support packages. Then, this summer, the Covid situation was still not good enough to continue fully."

Unique technology
Polariks produced the camera systems itself. In 2019, these were still small volumes. As soon as demand picked up, they wanted to scale up. "When a grower starts his new crop next season, I definitely want to have our cameras there to be able to follow the crop from the beginning," one of the co-founders told GroentenNieuws at the time.

The data is visible on its own platform, but integration with other platforms was being worked on. "It is important for growers to be able to view all their data on one platform. Certainly, now that more and more sensor technology is finding its way into greenhouses. But no more than ten parties in Europe have any real knowledge of the technology we are working with." 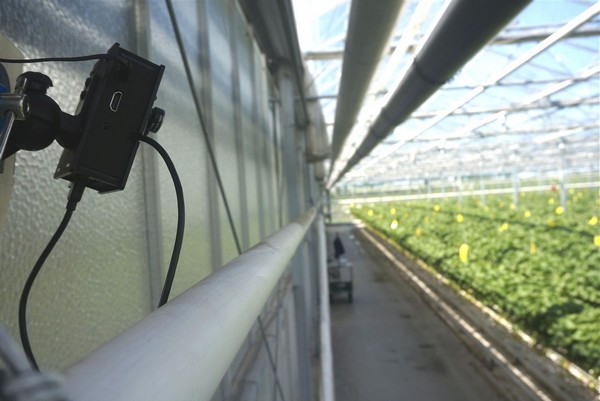 Back to the greenhouse
The trustee has also made this clear in talks with the directors. "It is a high-tech product that was ready to be put on the market. Despite the bankruptcy, it remains a good product. In pandemic times, attempts were still made to apply the systems in tomato cultivation and the cultivation of grasses, among other things."

Total package
The bankruptcy estate, in which investors and the bank are the main creditors, includes cameras and sensors. The trustee hopes to find a new use for them. "The hardware, but also the software, are interesting for various areas of progression. Just think of cameras to be placed under drones."

The possibility of selling everything as a total package, including the knowledge and skills of the administrators, is also being considered. "I don't exclude that there is interest from, for example, the ICT sector or from investors. If we can find an interested buyer for the total package, and the directors are also open to it, we will go for it."