Is it possible to grow strawberries and tomatoes on a substrate with renewable raw materials without yield differences compared to growing them on peat and rock wool? Yes, according to large-scale international comparative research. Last week, the results of the four-year study were presented at Proefcentrum Hoogstraten and a final test crop was on display. 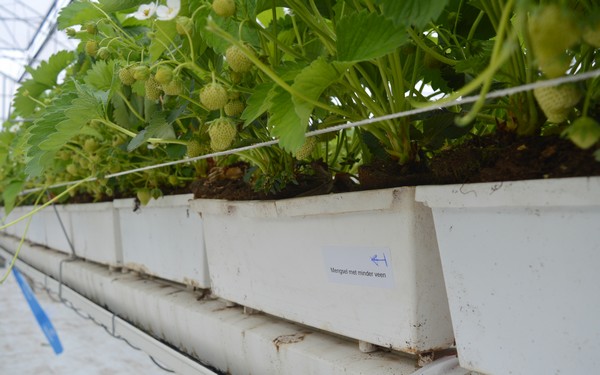 This means that the time is now ripe for market introduction, according to the researchers. And that is a good thing, because the presentation of the results coincides exactly with the planting of an autumn or winter crop by many strawberry and tomato growers.

The researchers know that this year, these growers are often forced to do this with slightly modified substrates. Substrate producers have to be creative because various raw materials are difficult to deliver at the moment and also the quality of the raw materials changes more than usual. All the more reason for growers, as far as the researchers are concerned, to quickly apply the results of the tests in their own cultivation practice. 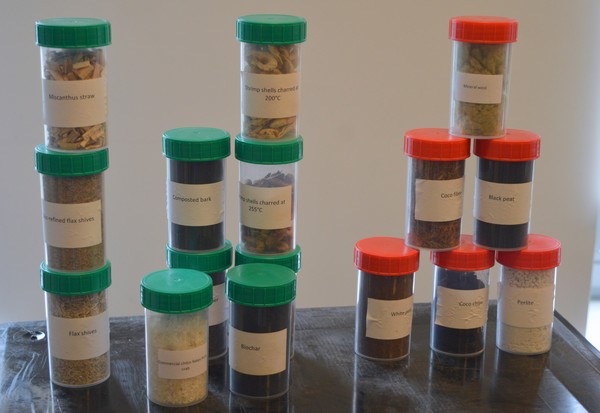 The 'selection menu' with, on the left, the raw materials that have been successfully applied in new substrate mixtures.

Pressure on sustainability
The results originate from the Horti-BlueC research project. Researchers from the Netherlands, Belgium, France and the United Kingdom participated in this project. In Hoogstraten, Bart Vandecasteele, representing the Institute for Agricultural, Fisheries and Food Research (ILVO), and Maarten Hofkens and Peter Melis, representing Proefcentrum Hoogstraten, were there to present the results to a select group of press representatives.

Naturally, the focus was on the pressure on peat and rock wool. Both raw materials have provided growers with good results for years, but at the same time the sector has been aware of their disadvantages for some time. The sustainability of both raw materials is under discussion. Peat production, for instance, releases a lot of CO2 and the production and subsequent processing of rock wool costs a lot of energy. 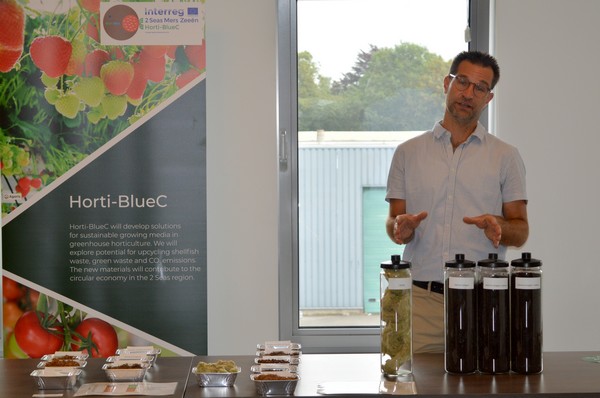 Bart explained the raw materials, paying extensive attention to reuse. "It turns out that it is perfectly possible to give the (carbon in) growing substrates a second life, both through composting and through biochar. In this way, it is possible to fix carbon for a long time again. Possibly even in the soil, for which, Bart pointed out, growers might even receive financial compensation in the future.

New raw materials
The research looked at alternatives in both strawberry and tomato. In tomato, this means that stone wool has been replaced by a 100% peat-free and organic mixture containing 40% coconut fibre, 30% wood fibre, 20% bark and 10% green compost.

In strawberry, the aim is to replace 40% peat in currently used substrates with 25% wood fibre and 15% green compost. Bart, who has focused strongly on the properties of the chosen raw materials within the research, expects that an even larger share of peat replacement will also be possible. Biochar and chitin were also included in the study.

The researchers are positive about the availability of the substrate alternatives included in the research, supplied by producer Agaris. Except for biochar, the production of which is still in its infancy according to Bart, the raw materials are readily available.

Chitin, a still unknown raw material, was also used in limited quantities (mere grams) as a substrate addition. The raw material, which contributes positively to plant resistance, comes from several sources, including shrimp peels. Bart: "Because of Covid, the peels even stayed in our own country last year, because there were no flights to Morocco for peels. A nice bonus." 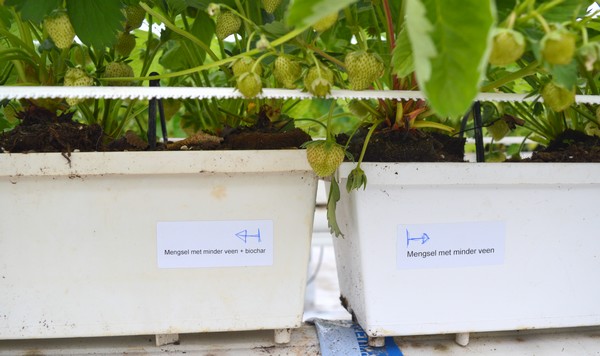 Substrates withstand plant stress
This certainty about delivery is important for growers, but yield and recycling are even more important, said Peter Melis. "All year round, we receive questions from growers about substrates, often very specific questions too. It is a  topic that is very much alive."

In the research, tests were carried out on a practical scale, also with growers themselves, and the starting point was the long-term cultivation of perennial strawberries, which is demanding for a substrate. If the mixtures do well there, they will do well anywhere, is the thinking. 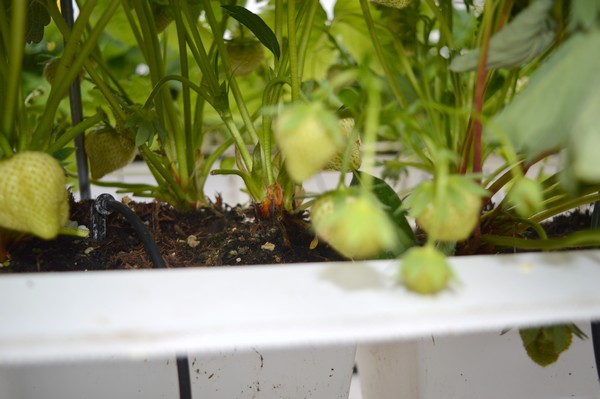 This summer, in a foil greenhouse at Proefcentrum Hoogstraten, the final strawberry trial is underway with almost 3000 plants. The first fruits of Elsanta, according to Peter 'a challenging and sensitive' variety that is grown by many growers and that therefore fits well in practice, are starting to colour.

The plants are placed in trays with different mixtures. To test the crop under stress, Maarten told us that the nutritional schemes are also varied. For instance, the researchers use a poorer feeding schedule with 60% less macro-elements and also a schedule with 'only' 65% nitrogen. 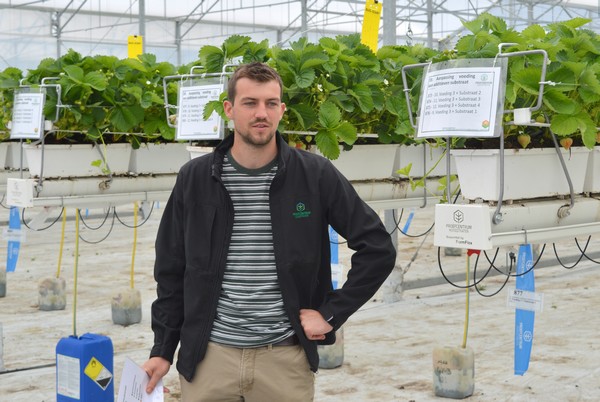 Maarten Hofkens explained the tests, in which, as can be seen in the background, water is collected for testing.

No difference
Peter explained that in all the tests carried out, the chosen mixtures did not have a detrimental effect at any level. In addition to the yield, the drain water was also examined to see whether there was any effect of the retention of elements. And at ILVO, dry matter levels were also examined in a laboratory.

As a result, the researchers are 'very confident' of the results, as was emphasised several times, and are now keen for growers to put them to work. In doing so, they do not have to change their cultivation strategy, Peter, standing between the rows of strawberries, added a not unimportant detail. "It is a strong substrate and that gives a homogeneous crop. Look at it, you can't see any differences, can you?"

Research has also been done in tomato, here with a 100% replacement of rock wool.

This week, from 22 to 27 August, the results of the above-mentioned research will also be central during the international symposium Growing Media 2021. More about the symposium here.