"We know that it is never one factor that determines soil health. As an agricultural sector, we are fighting the symptoms, when we should be focusing on systemic management to get the soil to work properly," says Wim van Marrewijk, who recently set up the company Vena Vitae Benelux BV. 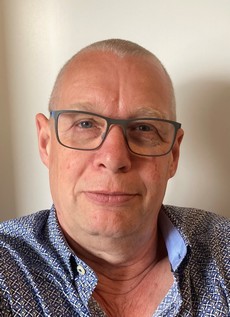 Wim started the company after discovering, through his work as a consultant with organic growers, that although many substances can be used in organic agriculture and horticulture, in most cases these methods are not complementary to each other.

Vena Vitae, which means lifeline, offers a package of building blocks that optimise and revitalise the soil. "So that the soil returns to the health it had in the past and is able to nourish the plants. Our focus is on the long term and purely from the soil's point of view, because that is where the foundation lies. We can do anything we want above ground, but if things aren't right in the soil, we'll be left behind."

When asked whether Wim had time for another company besides Sustainable Botanics and his commercial activities within Biological Youngplants: "The trick is to bring good people together who have the same vision. I have a drive for everything to do with organic, because I am convinced that this is the only system that is sustainable in the long term," he explains. 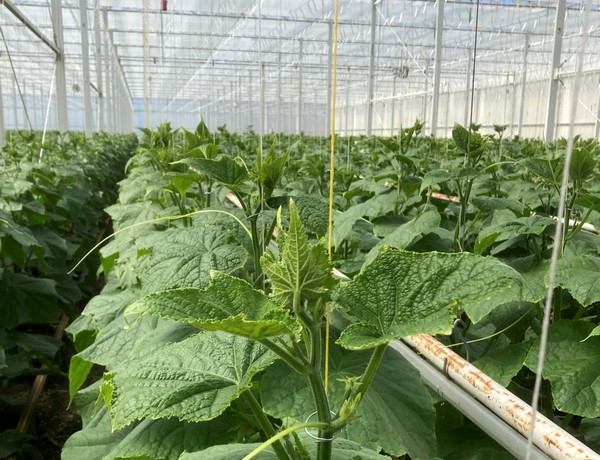 "This is a cucumber crop 3 weeks after planting that has been treated with our prescribed growing method," Wim says.

Building blocks
The biochemist travelled the world as a consultant and discovered more and more building blocks needed for soil health. "Based on these building blocks, you start looking for components. We have found a number of them that, when combined, restore soil fertility and provide more air and active microbiology in the soil, which not only improves water retention but also allows the soil to drain more easily."

Wim realises that this may sound a bit complicated, but stresses that this approach is very logical. "To determine the state of soil fertility, you have to look at the symbiosis between the roots of the plant and the soil life that is there. We try to stimulate that symbiosis. Not with aids that work temporarily, but with components such as carbon, enzymes and fungus- and bacteria-activating building blocks. In short: we try to create a soil biotope that benefits the crop in the long term. And the interesting thing is that we can achieve this on the basis of natural substances." 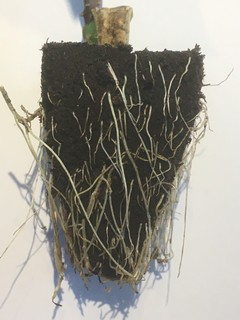 "It is sometimes said that we have a fertiliser problem, but the real problem is that over the years the organic matter and carbon content of the soil has become lower and lower. This makes it increasingly difficult to keep fungi and bacteria active in that soil."

Systemic approach
Vena Vitae is committed to a system approach. "We know that it is never one factor that determines soil health. We really need to move away from the symptom-fighting we do as an agricultural sector and start focusing on the complete system."

That systemic approach means that the soil might need the preparations for two or three years. After that, the soil's resistance should be at a level that it can take care of the crop itself. "For some soils, for example sandy soils that have a low organic matter content, annual maintenance will be required. Because every crop brings carbon into the soil, you will need to apply that component to a lesser extent, for example, or not at all."

Results
Although making the soil more resilient takes time, tests show that there are indeed immediate results. Vena Vitae is carrying out trials at eight growers in the Netherlands and also at growers in Switzerland and Germany. "In greenhouse vegetable cultivation, we see that this method increases crop vitality, fruit weight and brix figures. 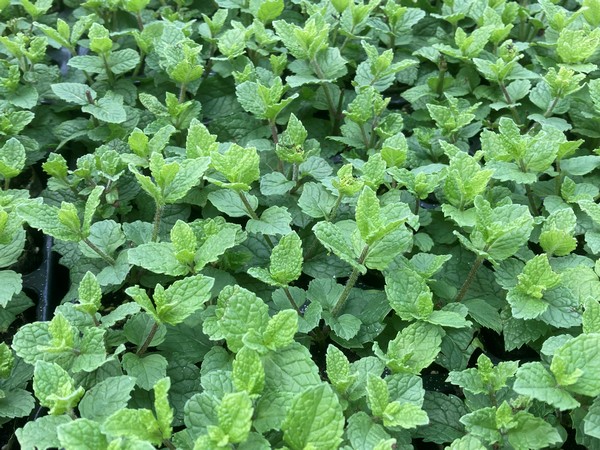 Another example is a trial at a herb grower. Normally, around this time of year, considerable numbers of biological control agents are used every week. In the ten weeks that the grower has participated in the trial, the scouts find virtually no pests. In ten weeks only four thrips have been found. Lice is also no longer a problem in these crops. The grower now has a more vital crop with a higher dry matter content and less pest pressure." Results were also seen at a plant grower of sweet potatoes. "Within a week, the entire aphid pressure was gone and it did not come back for the entire crop either."

At the end of this year, when all the data from the trials has been collected, the plan is to roll out the products further. "We will mainly focus on making people aware and let them discover by trial and error that there is a real profit to be made by working in this way. For Vena Vitae BV it is not only important that we sell products, but especially that we support growers to get the most out of them."

The soil is the basis
According to Wim, there will be enough growers who are interested. "The tide is on our side. People are starting to realise how important soil is. When I was studying agriculture, the rule was: 1 percent more light is 1 percent more production. That is nice, but I think that 90 per cent of our crop health is determined by the symbiosis between the plant (read: roots) and the soil life. If we don't have that in order, you can optimise above-ground all you want, but you won't achieve your goal.

The basis is the place where the roots are. In the soil, there is such an abundance of fungal and bacterial life that can be of service to us. It is very important that we optimise that. From there, we can score much more easily than just treating symptoms above ground", concludes Wim.