Whereas most tomato growers currently fear ToBRFV deeply, in New Zealand it is PepMV that is looming over the industry. Recently, the virus was detected in several greenhouses. Vaccines available in Europe, Canada, and Great Britain, are not approved for use in New Zealand. “As we have tomato growers throughout most regions in NZ, it is possible to slow the spread. However, this is going to rely on a lot of vigorous protocols, good management, and like our Covid response... some good luck,” says Stefan Vogrincic, Managing Director of New Zealand publication Grower2Grower. He says that the most important objective for growers is to be vigilant and to increase hygiene measures to reduce the risk of introducing the virus into cultivations.

New Zealand growers have been facing an energy crisis, a labour crisis, and huge wage pressure over the last couple of years. Recently, multiple biosecurity breaches have been added to that list. They dodged the bullet with a swift response to a ToBRFV contaminated seed lot. Yet, now have to manage a PepMV outbreak.

Auckland glasshouse
The virus was detected in an Auckland glasshouse operation some weeks ago and has subsequently been found in a handful of tomato production facilities in the South Auckland region. The premises where PepMV has been found can continue operating and selling fruit under stricter hygiene conditions. However, there may be restrictions on exporting to markets that are known to consider PepMV of quarantine concern, such as Australia, Japan, Thailand, Fiji, Tonga, and New Caledonia.

Industry body TomatoesNZ estimates that in 2019-2020, the New Zealand fresh tomato industry had an annual farmgate value of $128m, including export sales of over $12m per year. These numbers have been growing steadily.

Export suspension
“Export suspension would be devastating to our industry”, says Stefan. “However all countries that New Zealand exports to that already import/accept produce from countries known to have/had PepMV, including Europe for example, have health import standards in place for many years. Many of our trading partners will accept our tomatoes with PepMV”, he says convinced, adding that by now it has already been confirmed that for example, Japan will accept the New Zealand tomatoes. “However, New Zealand could potentially have an issue moving forward. At this stage, it is still under review. Signs are currently positive, though.”

If the export status changed and New Zealand was no longer able to export, tomatoes would be placed on the domestic market. “It would mean long periods of negative returns. Additionally, I would have no idea how our trading partners would source their tomatoes if they could not get them from New Zealand,” Stefan wonders. 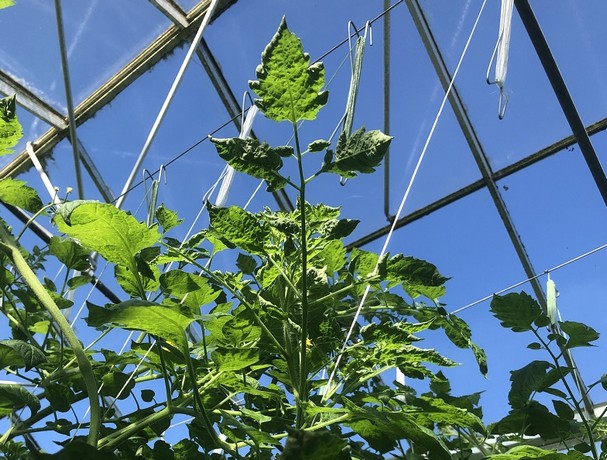 Effect on crops
In New Zealand, the shortest day has just passed. “We do not know how this will affect our spring/summer production as we only had the virus confirmed recently. The issue is in New Zealand that we plant at all different times of the year and for the growers harvesting a crop into the winter with low sunlight levels, I believe that the effects on fruit quality will be exacerbated with PepMV”, Stefan says. “So even if production is not greatly affected, quality may decrease, which will increase the percentage of produce graded at tag 2 dramatically. At the same time, there is still very much unknown since most research is done in Europe and we’re harvesting into and through winter mostly without artificial lighting.” He adds that he has already seen evidence of fruit quality issues. “If we work on a worst-case scenario, the production of Tag 1 quality fruit for our local market could get to such a depleted level in NZ that we will have to import large amounts of product from Australia to meet demand. “

At this moment in time, Stefan says growers and suppliers have to focus on how to manage infected crops and then work to prevent the virus  from spreading to other properties. Hopefully this can be achieved with strict hygiene protocols. On his website, he shares tips and pieces of advice from when he had to deal with PepMV. An additional problem is that many growers have summer and winter crops on the same site and re-infection is very hard to avoid.

Clean existing greenhouses
Another major complication will be how to clean existing greenhouses where PepMV was spotted. That is necessary to be done in such a way as to stop reoccurrence in the same houses. “It is especially important and difficult as we do not have access to a vaccine in NZ. Vaccines available in Europe and GB are not approved for use in New Zealand”, Stefan says, adding that the import and approval process could take up to five years. “As an industry, we are making sure no stone is left unturned, we are working hard to have this option put on the table as a priority with our Government Agencies.”

“There are still many great opportunities in NZ it is not all bad, however, it has been multiple issues all at once for greenhouse growers to deal with, which is testing.”