Now that we are heading towards summer, second cucumber crops are starting to be planted in greenhouses. Now is the time to take a close look at biological control, according to Biobest advisor - Marvin Koot.

“The second crop starts on less clean mats – with increased Pythium pressure”, he says.  “We’re seeing good results with ASPERELLO® T34 Biocontrol®. This biological fungicide can already be added to the substrate at the plant propagator. It makes the fragile roots less vulnerable to Pythium. In addition, we recommend growers pre-drips mats so that young plants start off stronger and develop healthy roots. It is advisable to repeat the treatment after 8 to 12 weeks."

Predatory mites against spider mite
With the increased Pythium pressure addressed, Marvin turns his attention to above the mat. 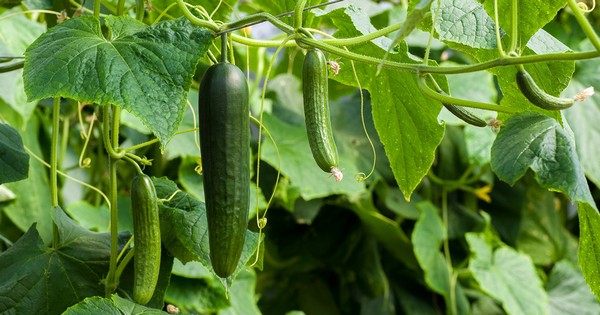 “Spider mites are a recurring problem in the second crop”, he says. "You should therefore take preventative action against spider mites remaining from the first crop, by introducing our Californicus Breeding System. Hang the sachets mainly at the height of the facades and concrete paths - as these are the places spider mites like to hide.

In the crop itself, Marvin recommends montdorensis or swirskii as the most effective predators. “Both predatory mites can be released in sachets or as loose material,” he says. “If you come across spider mite hotspots during cultivation, Phytoseiulus-System is the answer. This voracious predatory mite excels in combatting hotspots quickly and thoroughly.

“In addition, the gall midge Feltiella-System is proving its worth in cucumber. Feltiella larvae devour the pest at every stage of development.”

Additional nutrition
Due to the lack of crop pollen, predatory mites have little food in a cucumber crop.

“To help establish a good population in the crop, it is wise to apply Nutrimite™ feed supplement one week after the introduction of the predators and to repeat on a regular basis. If sufficient predatory mites are present, supplementary feeding can be phased out.“

“Since the loss of Plenum, growers are increasingly relying on biological control with the parasitic wasp colemani (Aphidius-System) and gall midge Aphidoletes (Aphidoletes-System)”, explains Marvin. “Complementing each other, they can be introduced together and it is important to start in good time.

“For both beneficials, the females actively search for aphid hotspots in which to lay their eggs. On hatching, the larvae eat the aphids.”

Stink bug on the move
Finally, Marvin recommends growers scout carefully for stink bugs. "We have already received the first reports of this pest in cucumbers. With no biological solutions yet available, early detection and local control is the best method to maintain the biological balance.”