Exploring the potential for coloured vegetables in the Australian market

A South Australian vegetable grower says there is an untapped market for specialty vegetables such as coloured cauliflower and Romanesco.

Cobbledick Produce SA, are sixth-generation market gardeners at Uraidla, in the Adelaide Hills, and co-owner Richard Cobbledick says he was immediately attracted to the look of the niche vegetables.

"I went to a field day a few years back and was going through some trial crops and noticed the orange and purple cauliflower," he said. "I thought they looked attractive, as well as the Romanesco with the twisted heads. So, I still think there is an untapped market that I haven't really explored - so that might be where we go." 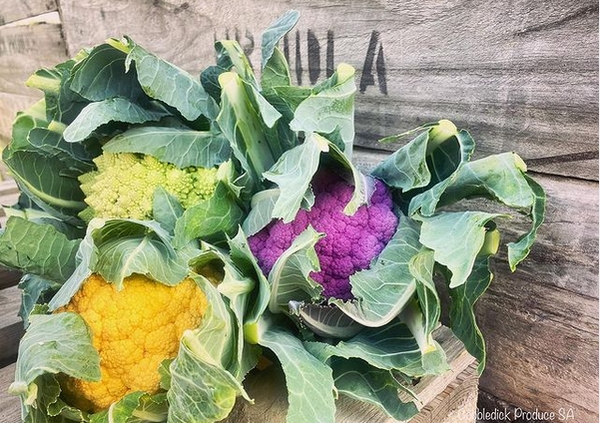 But he admits consumers are still a bit hesitant to try different varieties when the traditional white-coloured cauliflower is what they are familiar with.

"It is a bit hard to educate the public to try something different," Mr. Cobbledick said. "They want to know what to do with it or how to cook with it, or does it taste any different? Also, the orange can sometimes have a perception of an old or discoloured white cauli - which is a misconception. My wife (Tara) posts a lot of different recipe ideas on Instagram and Facebook, on what to actually do with them."

The company is coming into the end of the cabbage and cauliflower season, which Mr. Cobbledick says has been slightly longer than previous years.

"We pushed our season with some new varieties out of New Zealand to try and last into the cool months," he said. "But as we go into winter, we are at the end of our brassica season and the leek season has just started. Brassica season wasn't too bad, there was a better market than expected. There also were a few (competitors) that grew right through that normally wouldn't. We never had the heat that we normally would, and that provided ideal growing conditions for areas that usually get burnt by the heat." 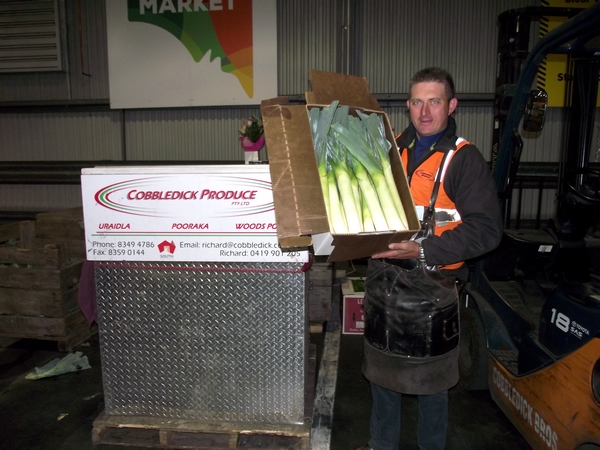 The company is the last remaining grower of leeks in the state, and the season is looking good with Mr. Cobbledick reporting good size with a reasonably large amount of the vegetable planted. The quality is also good, with only a very few leeks going to seed because of the warmer conditions.

"You would think that being the last leek growers in SA would give us an edge, but Victoria is not too far off, and they can get produce here overnight," he said. "So, it comes down to who wants to sell a product with a providence angle on it."

He added that COVID-19 had an impact on the restaurant trade, with foodservice buyers having to close down or limit operating conditions during lockdowns.

"It also significantly affected our growing patterns of what we grow and how we grow it," Mr. Cobbledick said. "We had to become innovative. We have a roadside store on the corner of our farm for the public. It is an honesty system and my wife has done a great job pushing that. She promotes that on social media every week.

We do veg boxes to the public, which is where we saw an outlet where people were stuck at home and were willing to try vegetables that we previously only got out to restaurants to consume."

Export and interstate are the main markets for Cobbledick Produce SA at this time of year, with local markets petering off a little bit. Produce is sent to Hong Kong, Taiwan and other countries in Asia.