Standing in the stunning surroundings of the Scottish borders hills, this new multi-million pound glasshouse has been built by a successful East Yorkshire business to house Scotland’s first legal medical cannabis farm.

Four months on and construction of the glasshouse is complete, with experts at CambridgeHOK now working with owners Hilltop Leaf Ltd to develop the perfect environment inside to grow and supply cannabis medicines to the UK market. 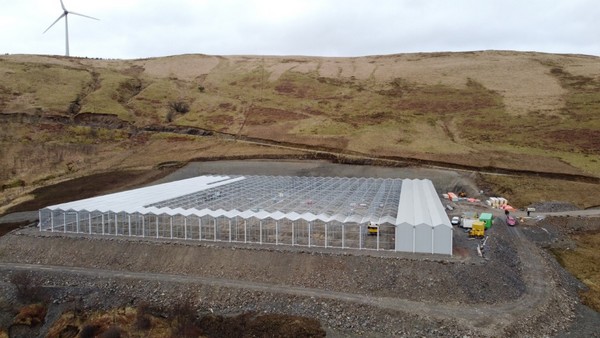 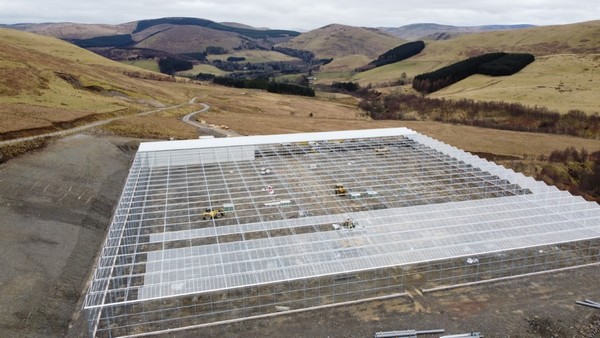 It is a project which has received widespread support. Funding of £690,000 was secured from South of Scotland Enterprise, with another £45,000 from Scottish Enterprise to fund the beginning of construction and ‘put the wind in the sails’ of the unique project.

Now the owners have been successful in raising more than £2million through the Government’s Enterprise Investment Scheme (EIS), which was designed to help companies raise money when starting to trade by offering tax reliefs to individual investors buying shares.

Help from outside
Noel O'Leary, sales manager at CambridgeHOK, has played a role from inception to today, helping Hilltop design and develop the glasshouse, secure planning permission at the site and overseeing construction. 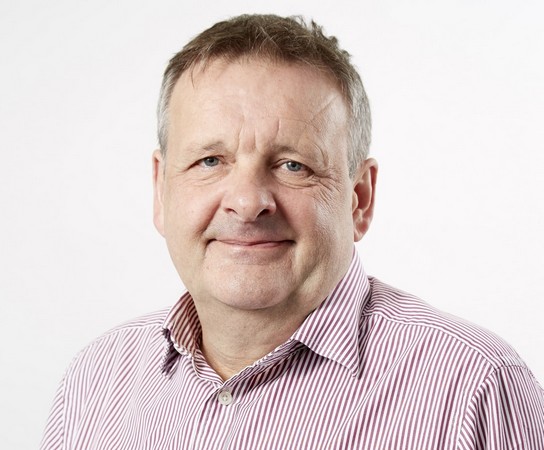 He said: “It is all systems go for Hilltop now given that we have completed the construction of the glasshouse shell and they have also secured substantial further funding towards the project. It is a really exciting development to be part of.

“Having this facility built and in place was important to Hilltop as it helps them in progressing their licence applications to grow medicinal cannabis products with the Home Office and Medicines and Healthcare products Regulatory Agency (MHRA).

“They are well progressed in that respect and now looking to be supplying cannabis medicines to market by early next year. “It is a wonderful project to be involved in and it is exciting to now be working on the second phase where we are putting the growing systems in place to create the perfect environment inside the glasshouse.” 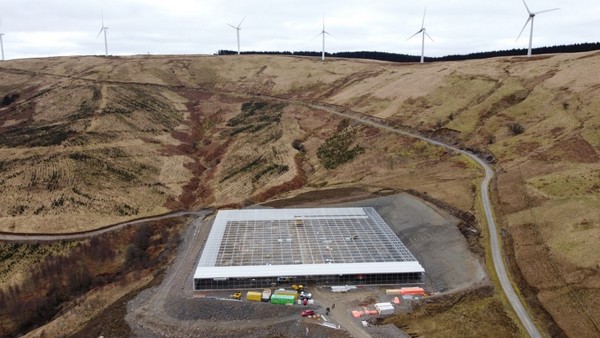 1.1 hectares glasshouse built in four months
In order to keep Hilltop on target to meet its aim of growing and supplying medicinal cannabis by next year, many challenges had to be overcome to deliver the glasshouse, supporting service buildings and offices on time.

This included 70,000 tonnes of stone being transported to the location in January to level out a site in the hills on which to build the new facility, as well as building the glasshouse in difficult conditions.

CambridgeHOK worked with long-term partners and Dutch glasshouse specialists Havecon, both members of Atrium Agri, a global consortium of horticultural specialist companies whose expertise is brought together on such large scale projects.

“It has been challenging given the secluded, isolated location of the facility, and the weather conditions given the time of year we started, but then again a new challenge is always something we are willing to take on,” said Mr O’Leary.

“The initial weeks were very tough when we were getting all the equipment and stone to site. We were battling some harsh conditions, and lots of snow which even prevented cars getting to site. We had trucks delivering materials being pulled by diggers. It was a real team effort though and the client was very helpful at all times. 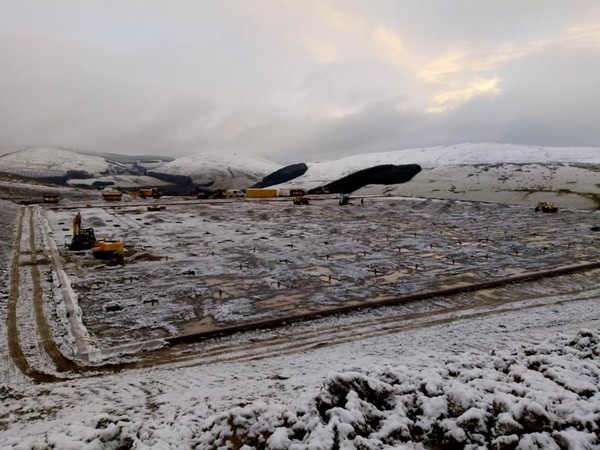 “We’ve essentially built a large glasshouse in the side of a mountain, but as ever our teams demonstrated excellent planning, organisation, problem solving abilities and no lack of skill in ensuring this 1.1 hectares facility was constructed on time, in budget and ready for the client to push on with their ambitious plans.”

Cannabis industry
Sheltered, free of pesticides and with an abundant clean water supply, the facility is situated in an ideal location for producing products that meet the EU’s rigorous GMP standards. It also has potential to harness renewable energy to power its operations.

Hilltop Leaf was launched in 2019 by Hamish Clegg, a former investment banker, and agricultural experts Neil and William Ewart. Mr Clegg says the company has had lots of support, and sees it as an opportunity to create jobs and a successful business in a newly emerging industry.

“I want to help build the UK medicinal cannabis industry and be one of the early movers in that,” he said. “We’re not in it for a quick buck. We have the desire to contribute to the scientific development of medicines to help people in this country. We feel that as a medicine, cannabis and cannabinoids are very under researched and under explored.

“The NHS hasn’t adopted cannabinoids as a widespread source of product for patients yet, but I think that’s developing.

“There’s also a big unemployment problem in the south of Scotland and there are many healthcare demands in that part of the country that could be helped by introducing medicinal cannabis as a clinical option. We have tonnes of local support. The community, Councillors and local MPs all wanted to build a medicinal cannabis business in the area we are in.

“We hope to be a big employer and someone who’s developing the local community in an environmentally friendly way.”