Dutch companies are interested in the use of agro-industrial technologies in the implementation of investment projects in Kazakhstan. This was announced by the Ambassador Extraordinary and Plenipotentiary of the Kingdom of the Netherlands in the Republic of Kazakhstan André Carstens during a meeting with the Chairman of the Board of Kazakh Invest Meirzhan Yussupov. 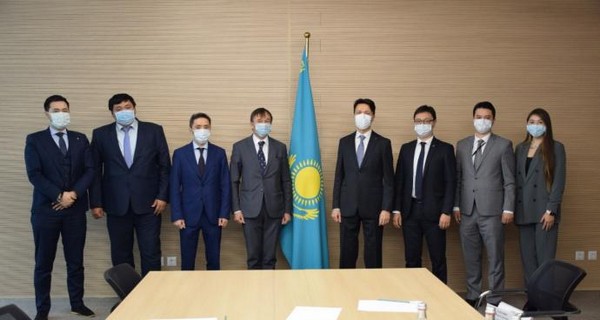 During the negotiations, the parties discussed a wide range of issues of cooperation between the business circles of the two countries in the sectors of the agro-industrial complex, digitalization, aerospace, healthcare, renewable energy, among others.

As Mr. André Carstens noted in his speech, high-tech industrial greenhouses have become one of the catalysts for the development of the Dutch agro-industrial complex, given the limited land resources, lack of sunny days, as well as high electricity prices. "The Netherlands is ranked 131st in the world in terms of territory and 2nd in terms of exported food products (94.5 billion euros). Dutch business is watching with particular interest the intensive development of the Kazakh sector of the agro-industrial complex and intends to take part in improving the technological effectiveness of this industry," added André Carstens.

In turn, Meirzhan Yussupov said that in the context of the COVID-19 pandemic and a decrease in global flows of foreign direct investment, the Government of Kazakhstan is taking active measures to maintain the country's economic growth. "In June of this year, a visit of a number of Dutch greenhouse companies is being considered. Presentation of technologies, discussion of projects for future greenhouses, the possibility of localizing the production of greenhouses in the Republic of Kazakhstan is expected. In turn, Kazakh Invest, as a single negotiator on behalf of the Government of the Republic of Kazakhstan, when discussing the prospects and conditions for the implementation of investment projects is ready to provide comprehensive support to increase business activity between the two countries," Meirzhan Yussupov said.