A more uniform crop, more options for controlling the climate and crop, and substantial energy savings: the advantages of LED lighting seem almost endless. But how does this work in practice and what do you need to bear in mind as a grower? Dirk Willaert, the owner of Hortis Group, talks about his experiences with full LED in combination with the Philips GrowWise control system from Signify (Euronext: LIGHT). 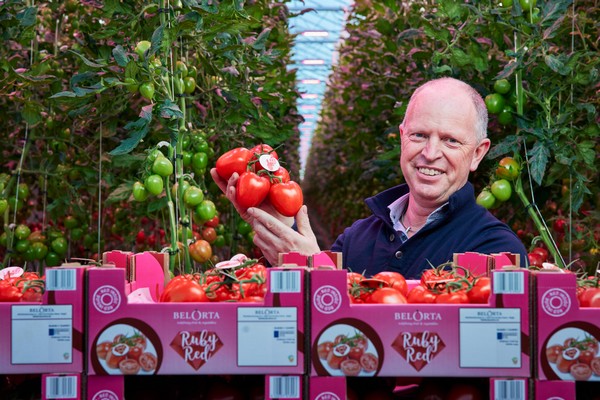 Hortis Group grows tomatoes at two sites in Belgium: Sint-Gillis-Waas and Moerzeke. The company has over 14 hectares of cultivation area in total, including 12 hectares in Sint-Gillis-Waas. This is where Hortis Group is now growing for the first season using full LED in combination with the GrowWise control system. Dirk Willaert explains how he arrived at this decision: "I felt that I had to start listening more to what the plant requires. And that is more light." At present, 2.5 hectares are illuminated in Sint-Gillis-Waas and they recently decided to expand the illuminated area by another 2.5 hectares with Philips GreenPower LED Toplighting Compact. Before Hortis Group switched to LED lighting, they had no lights in this part of the greenhouse. Now this space is used to grow the Vivolia plum tomato. Willaert says this was a logical choice: "It makes sense to put premium tomatoes under LED light because of the financial investment such a system requires. There is more of a market for specialty tomatoes under LED than there is for beef tomatoes, for example." 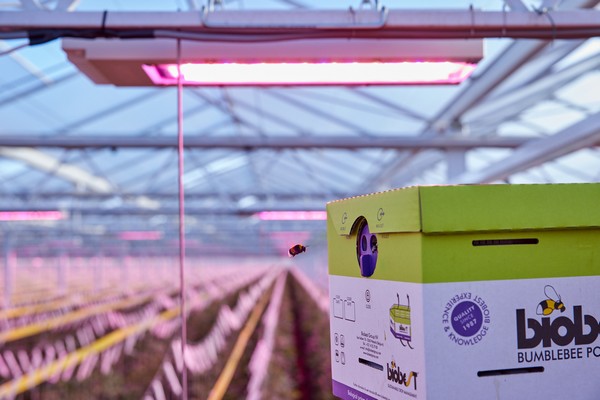 Faster, better, and more uniform
Willaert's positive experience with Signify was the deciding factor in choosing Philips GreenPower LED Toplighting Compact in combination with their GrowWise Control System. Grow lights with a light level of 260 μmol/m2/s have now been installed and they are estimated to burn for about 3,500 hours per year. For Willaert, the flexibility and speed that the system brings to his crops are the main benefits: "The light really makes a difference. You can just mimic summer and thus shorten the growing time of the tomatoes. We placed the Vivolia plants in the greenhouse on October 10 and we were able to harvest the first tomatoes just two months later! That was a positive surprise." But the quality of the crop also benefits. Willaert: "LED allows you to grow under cooler conditions compared to traditional HPS lighting, so you get plants with a deep green color that glow with health. This also creates a particularly tasty and fresh-looking product that is attractive to consumers in stores."

Dimming to the desired amount of light
Willaert also felt it was important to be able to dim the LED lights to the desired light intensity. Signify's GrowWise Control System provides this capability, allowing uniform light levels to be achieved throughout the day (and even throughout an entire growing season). This dimming option also allows growers to slowly awaken the crop by mimicking the rhythm of the sun or use grow lights up to 10% more efficiently. Willaert: "Because you use this system in combination with natural light to deliver a constant amount of light to the plants, you achieve a more uniform production. On a sunny day, for example, this quickly adds up to 1000 Joules/cm2/day of energy or 15 mol/m2 of daylight. If you then turn the lights on full, you end up with as much as about 2000 Joules/cm2/day, 30 mol/m2 in total. A traditional checkerboard distribution of lights would never result in an even light distribution for the crop. However, now that you can dim the lights, it is possible to distribute the light evenly over the crop." That, of course, also reduces power consumption, since the lamps only need to deliver the intensity the plant needs at that moment in time.

Climate adjustments
Switching to a new lighting system also includes a few challenges, of course. "At the outset, we really had to look at what was best in terms of light dimming," Willaert says. "Now that the days are growing longer, we need to address this again. In that respect, the first year is a matter of trying out many things." The growing process itself has also changed: "You have to create a narrow opening in the screen through which the moisture can escape in time. By lighting with LEDs, you actually create a much more humid climate, and you then need minimal window positions to allow the moisture to escape from below." Because the climate is more humid, it also affects the quality of pollen. Willaert decided to place more bumblebee nests in a future growing season: "The impact of artificial lighting on bumblebee behavior must be looked at more closely anyway," he concludes.

As far as Willaert is concerned, full LED is very much the future, because you can control crops better and produce them all year round. Moreover, such a development, which even without the dimming function requires much less energy than the classic HPS lamps, is in line with the goals his company has always had: "We want to be able to provide the consumer with a top product 12 months a year that is produced in an environmentally friendly way and still meets all the requirements. Innovation in sustainability is key here. Our CHPs were already very important in this regard and the dimmable full LED technology is another big step in the right direction!"