The DNA of lettuce unravelled: in 6000 years from weed to beloved vegetable

Iceberg lettuce, oakleaf lettuce, romaine, and all other lettuces that we eat nowadays, descend from wild plants that were modified 6000 years ago in the Caucasus so that plant oil could be harvested from the seeds. After the ancient Greek and Romans further bred the plants to use them as leafy vegetables, lettuce also ended up on our plates over time. The special history of lettuce has been described in detail thanks to the DNA analysis of 445 types of lettuce, conducted by Wageningen University & Research and the Chinese BGI. Their research will be published today in the authoritative periodical Nature Genetics and opens the door to faster and more effective breeding of more resilient food crops. 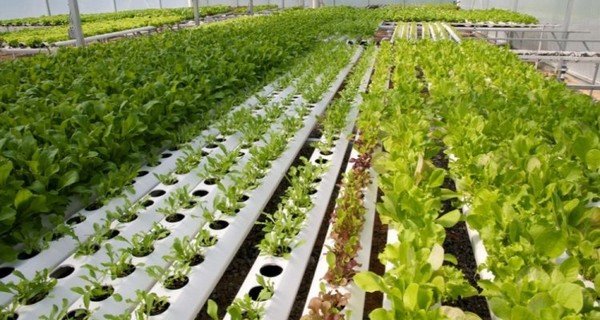 Try to imagine a collection of 2500 different types of lettuce: approximately 1500 varieties that were ever grown by farmers somewhere in the world and roughly 1000 populations of wild lettuce plants from roadsides and nature reserves. Then try to imagine the DNA being collected from all these types of lettuce and used to determine how the lettuce on our plate came to be. The first wild plants were modified for cultivation 6000 years ago in the Caucasus. These first lettuces were only suitable for harvesting seeds to extract oil, and the ancient Greek and Romans further bred these plants (at that time, they still had thorns on the leaves) to be used as leafy vegetables. And the story told by the DNA continues, up to the Americans that needed properties from wild varieties to change soft, smooth butter lettuce into hard, puckered iceberg lettuce.

Different types of lettuce around the world

Slow migration through Europe
The Centre for Genetic Resources, the Netherlands (CGN), which is the Dutch gene bank and part of Wageningen University & Research (WUR), manages this collection of 2500 lettuce types. This is the largest, most complete, and best-documented lettuce collection in the world.

In collaboration with the Chinese BGI, the DNA order is being determined for all 2500 types, including an analysis of genetic variants and the differences and similarities between these variants. The results from the first 445 types of lettuce have led to a publication in Nature Genetics about the origins and breeding history of the crop.

It appears that a wealth of information became available. As it turns out, the modern varieties of cultivated lettuces mostly resemble their wild predecessor Lactuca serriola from the Caucasus and the first cultivated lettuces must have been grown for seed and used for oil. The slow migration of lettuce throughout Europe via the Roman Empire, as well as the transition from seed crop to leaf crop, can also be reconstructed.

Analysis of the relationship between the DNA information and traits of the cultivated lettuces shows that rigorous selection took place for traits that were desirable for production and consumption, the “domestication traits” like the absence of spines and thorns, which resulted in reduced diversity in the regions of the DNA where the genes for these traits are located. It also appears that determining the location of several genes in the DNA is possible by analysing the relationship between DNA variation and traits through so-called Genome Wide Association Studies (GWAS).

The key to a wealth of genetic material for breeding
According to Rob van Treuren and Theo van Hintum, the two Wageningen co-authors of the publication, the research beautifully demonstrates how much information can be collected from DNA information in a genebank collection. It also shows how important the preservation and protection of biodiversity and genetic sources are for a sustainable food supply in times of climate change and a growing global population.

“Determining the DNA order of the material, in our collections and others, enables science to trace the traits hidden until now, in thousands of varieties and wild populations of lettuce and other crops. In doing so, we have obtained the key to an enormous treasure chest. For instance, imagine that research indicates that certain genes are important for resistance against drought or a certain disease. Then you would be able to search in the DNA data for genetic resources that have genes that look very similar and, using those resources, you could breed plants much quicker and more effective than what was previously possible. That is nothing short of revolutionary.”