What started in a basement in Ljutomer, Slovenia, and then crossed borders to Austria, is now growing out to be one of the biggest and most wide-spread European glasshouse companies. It's Panorganix we're talking about, currently one of the biggest producers of fruits and vegetables in Slovenia and also one of the companies with the biggest expansion plans of Europe. Their production in Slovenia and Austria has been enriched with a Romanian greenhouse for living lettuce and herbs in 2021, a state-of-the-art glasshouse in Berlin, also for living lettuce and herbs. Next in line are Serbia and Hungary. "We're equipped and prepared to become the most widespread grower in Europe." 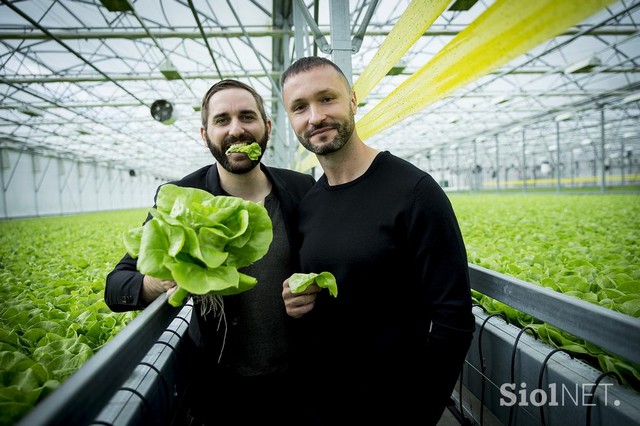 Panorganix started out in 2012 from A garage basement in a small town called Ljutomer, Slovenia, preparing seeds of French garlic for planting. Today, they are the biggest producer of garlic, organic blueberries and their flagship produce – pesticide-free lettuce and herbs of Slovenia. In Slovenia, they operate a 2 hectare greenhouse and supply all major market chains, such as Lidl, Hofer (Aldi Süd), Spar, Tesco, and more.

"Water protection, plastic and pesticide free growing approach are essentials for us," says owner and CEO, Mario Kurtović. He does not have a farming background and his idea was never to become just a local farming company but to be the driving force and good example of a new era producers and urban farmers, an inspiration for other newcomers in agriculture business.

And so it was. In 2016, a greenhouse in Austria was built. This year further European expansion is commencing. In summer/fall 2021 they are planning to add a lettuce and herbs production greenhouse in Romania, and for the grand finale another one in Berlin. "Not far from the new Tesla company, we plan to build 5 hectares of the most advanced greenhouse in the world to date," Mario announces. The budget for a fully automated and smart glasshouse amounts to 17 million euros. "This greenhouse will produce more than 16 million pieces of pesticide-free lettuce and herbs per year with the lowest operational costs possible, CO2 neutral, off course, 0% plastic used in packaging, and no waste water at all. As soon as the produce hits the German market, this completely new model of “moral economy” will be presented to the buyers."

And the timeline of projects doesn’t end here, Panorganix won’t stop here. The company is in full throttle of engineering Germany’s largest herbs and lettuce glasshouse in NRW Bundesland. Then, in 2022 Serbia and Hungary will happen as well, Mario reveals, explaining how this is a logical step since Panorganix is already exporting to Hungary’s Tesco, and Vienna’s first city-center farm. 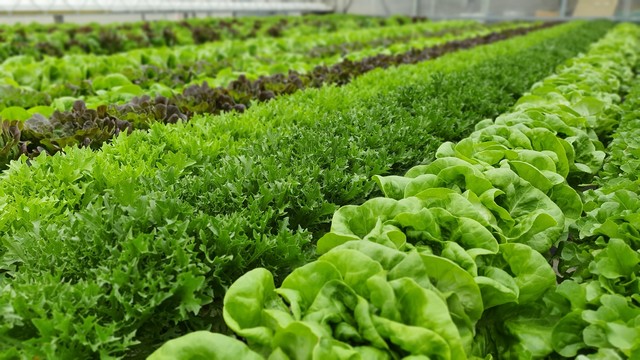 Own cloud ecosystem
The company is in intensive evolving phase, becoming a grow-tech company by creating their own cloud ecosystem, where their own bioponic greenhouses will communicate among themselves, sharing important technological data and also share market data for the most optimal functioning. They are also creating their own public vending machine, in-store display farms for their produce and even a home appliance machine so everybody can become an urban farmer. "This was an idea from day one but necessary first steps needed to be done. First, we had to build a solid financial foundation," says Mario. They set up a business model of licensing and are assured their unique model will probably attract new investors, since Panorganix will not just sell the equipment but also assists in all phases and challenges a licensee will have to face. "That is obviously something that investors from Saudi Arabia recognized, since the interest from Riyad is already there."

Greenhouses near all big cities
Mario adds that the strategy of the company is very clear and simple: "To build optimum sized smart, independent, CO2 neutral greenhouses near all big cities and population dense areas. This way the lettuce and herbs can hit the market shelves, public vending machines, and urban farmers on  the very same day as they are harvested with roots still attached so the waste on all ends is minimized, and nutritional value of a plant preserved.”

All that for the lowest price possible, since their greenhouses will operate with most advanced energy saving systems to this day, using energy generated from solar panels. "Everyone wants their veggies to be local and not imported from other countries, every region of every country should be self-sustainable. At Panorganix, we believe we will speed up the process of transition from the conventional lettuce growing to a sustainable and clean-one."