Salicornia. Picklegrass. Sea asparagus. These are just a few of the monikers Sam Norton has heard in talking to chefs about his new vegetable. However, he prefers to call them sea beans--them being a thin, long asparagus-like vegetable that grow in saltwater. It was a vegetable Norton knew of growing up in Southeastern U.S. and in turn, he studied sea beans and seawater agriculture in grad school at College of Charleston. It was there he won the Department of Agriculture’s inaugural ACRE (Agribusiness Center for Research and Entrepreneurship) startup competition in 2018 and so, Charleston, SC-based Heron Farms was born. 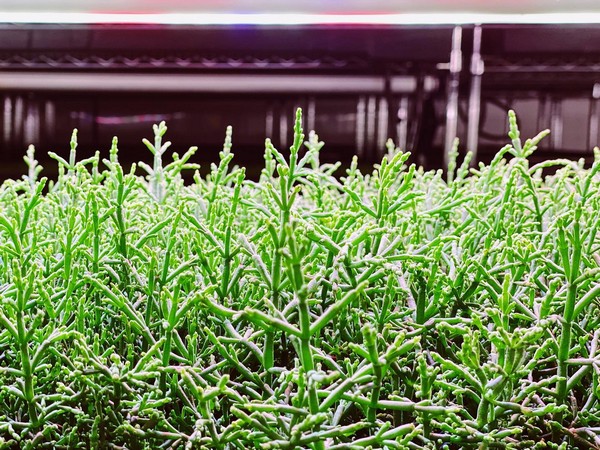 Sea beans are a salty, long, thin vegetable that grow in saltwater.

Seawater agriculture
Heron grows its sea beans via an indoor saltwater farm using hydroponic technology for a few reasons. “We found after a few experiments that if we kept growing them outdoors that we would run into the same problem other outdoor growers were running into--land-use constraints, salt management, seasonality, etc,” says Norton. “We decided we could solve those problems by taking them indoors.” 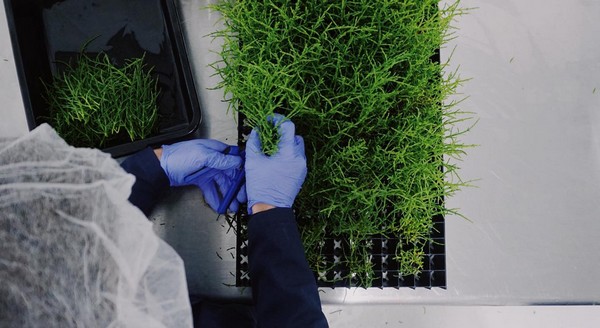 Heron’s first harvest was April 14th of 2020--admittedly a challenging time. “We realized on March 10th all the restaurant customers that were going to carry our products were about to shut down,” says Norton. So the company, which was growing indoors in a shipping container farm temporarily on loan via fellow Charleston grower Vertical Roots, pivoted to retail to position its product as a premium vegetable versatile enough to eat raw, boiled, sautéed and many more ways. It’s since moved out of the Vertical Roots facility to launch its own indoor farm where it has been since August of 2020 with 30,000 square feet of saltwater marsh planted.

Retail interest
Heron’s pivot to retail has paid off in an age where home cooking and trying new products are trends that have emerged in the pandemic. Consumers are sharing on Instagram the different ways they’re using sea beans. (Norton notes it’s largely used as a garnish or as a replacement for micro greens.) 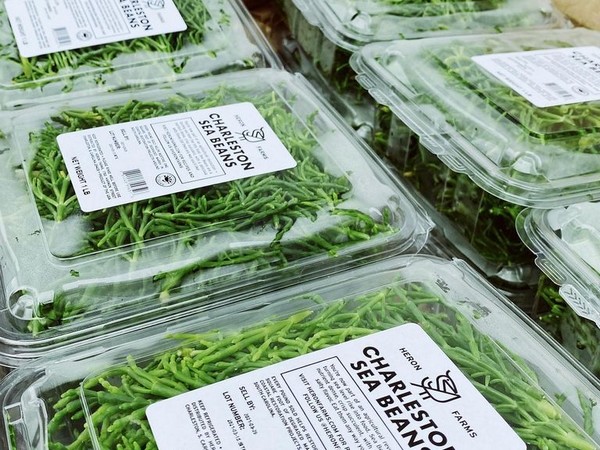 Consumers use sea beans in a number of ways, though most often as a garnish or a replacement for micro greens.

Yet, as the vaccines roll out throughout North America, restaurants and other foodservice operations are coming back online, demand could change again for Heron. “We’ve seen demand pick up actually in the past 30 days, especially in the Northeast,” says Norton.

However that increased demand is in rhythm with Heron Farms’ plan to scale up its indoor production by launching another site in Charleston in the next six months.