On Wednesday March 24th, the De Ruiter team had the pleasure of inviting all French cucumber partners to an online event dedicated to the cucumber green mottle mosaic virus (CGMMV) and De Ruiter varieties that have CGMMV resistance. 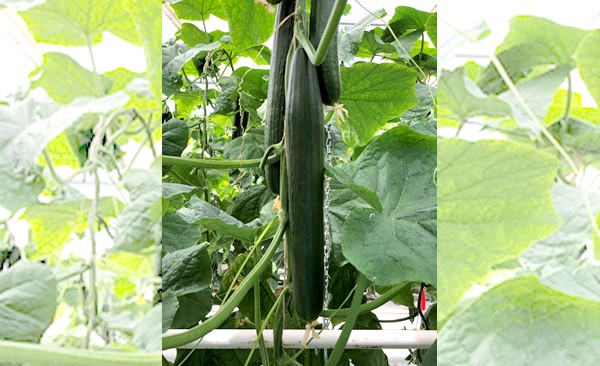 In the first part of the event, Emilie Froussart (Field Quality Improvement Scientist, Bayer Crop Science) presented on CGMMV, its symptoms on both plants and fruits and its transmission cycle. Then, Leslie Gadal (EMEA Supply Excellence Manager Cucurbits, Peppers & Eggplants, Bayer Crop Science) detailed the different steps and checks developed within Bayer Crop Science to guarantee the production of De Ruiter seeds and the sustainability of its seed production sites.

To conclude, Maxime Coqué (Market Development Segment Lead Glasshouse EMEA/APAC, Bayer Crop Science) presented the full De Ruiter portfolio of CGMMV varieties for Summer and Autumn crops. Davida was the first De Ruiter variety with CGMMV resistance that was launched in France in 2018. Davida is a variety with high yield potential that produces high quality fruit. It has already convinced growers in France and in Canada under traditional cropping systems. The second variety to be presented was Garpo, the powerful and generative variety which is already a reference for high wire growing. This season, Bayer Crop Science launches Gerogia, the newest De Ruiter variety suitable for both traditional and high wire crops. Georgia has a high yield potential with one of the best behaviours against CGMMV in the market.