Spain was hit by icy weather at the beginning of the year. That's had a significant impact on their Calinda strawberry season. "The weather's been truly exceptional. The cold has caused many deformities. There was also not much difference between day and night temperature. That affected the strawberries' flavor. Demand is plentiful, but this year, we'll face challenges on the supply side. That's due to the weather. It's a difficult season, and the true high season is yet to start," says Koen Merkus of the Dutch breeding company Fresh Forward. 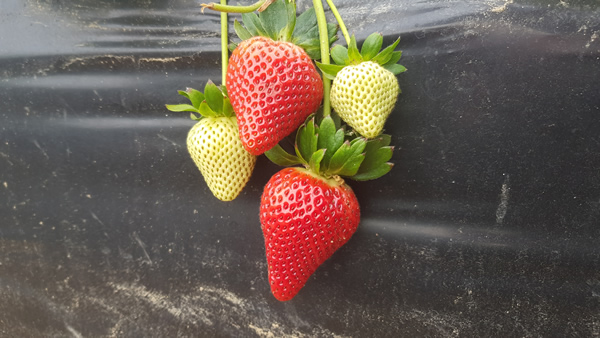 "At the same time, there's an enormous demand for Calinda. This variety's characteristics (good flavor, pleasant internal texture, and juiciness) break with Spanish strawberries' old stereotype. These traits fit in well with what consumers there are used to from their summer strawberries."

"More and more supermarkets sell this product under the variety name. That's quite unusual on the fruit shelf. You see that with apples, but, otherwise, hardly ever. Supermarkets insist on selling this strawberry in this way. Not as a brand with several varieties. Shoppers can then know exactly what to expect. We're very proud of that," Koen continues. 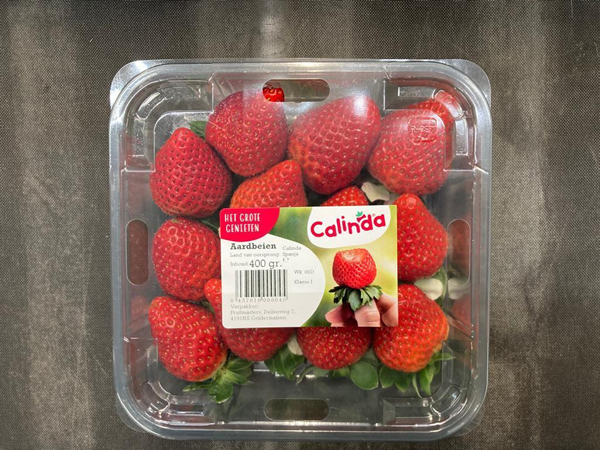 Several retail chains carry Calinda in the Netherlands. "We work with certified trading partners. One of these supplies the organic variant too. That's to Dutch stores that specialize in organic products. This fruit is also marketed directly by a Spanish grower. They've been cultivating Calinda strawberries from the start. Besides the Netherlands, we also have good retail coverage in the United Kingdom and Scandinavia. Only in France and Germany are we still looking for trading partners. They must supply the local supermarkets." 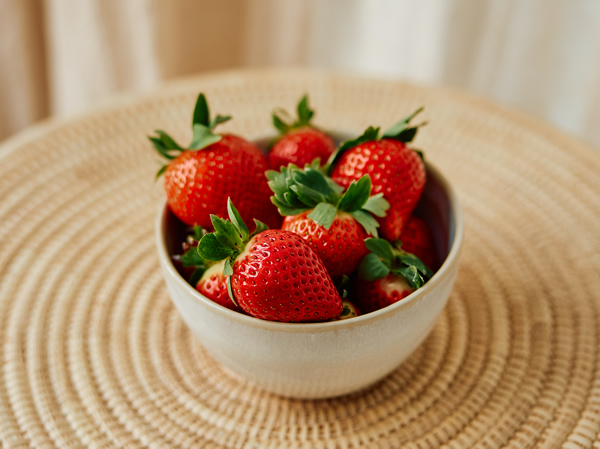 "In the Netherlands, the Spanish season usually ends after Easter. That's when the Dutch greenhouse strawberry season gets underway. We continue for another six weeks after that on the Scandinavian and German markets," says Koen. Fresh Forward is currently working on a project to grow Mediterranean strawberry varieties in Dutch greenhouses. They want to extend the season into the summer. "The Calinda isn't suited to this. However, new selections seem to be."

"The Spanish Calinda isn't just a strawberry variety. It's also a project. The breeder, nursery, farmer, and trader work closely together on this. The growers produce a great product with clear added value. It reaches stores throughout Europe," explains Merkus. "That's thanks to our trading partners' efforts. These strawberries are cultivated almost entirely by the group of regular Calinda growers. So, we ensure that its expansion is calm and controlled. But, the variety is also resistant to most soil diseases. Farmers are therefore enthusiastic about this crop." 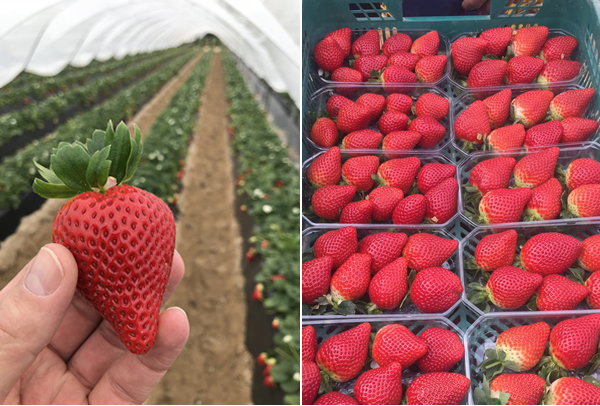 This breeding company isn't idle. It hopes to eventually introduce a variety for the early segment. "We think there's a need for a resistant, early variety. We see so many problems with plant fall-out in Spanish cultivation. That's with the Fortuna variety. So, we expect a new open variety to offer an alternative for the early segment. We can then weaken the Fortuna's position," concludes Koen.