Kultive, the brand and commercial structure of over 50 French vegetable producers has just launched a new range of 100% cardboard trays for its cherry tomatoes. The trays are offered to its French retail clients since last week, beginning of the cherry tomato campaign. According to Anthony Langlais, general manager of the structure, the first feedback received is quite positive.

The design of new packaging is part of the adaptation to the AGEC law (against waste, for a circular economy) which anticipates the end of the marketing of single-use plastic packaging by 2040. The overwrapping of fresh fruit and vegetables in plastic packaging of less than 1.5 kg will be forbidden by January 1st, 2022. “Kultive has decided to act now and has been working on this packaging since 2019,” explains Anthony Langlais.

The design of these trays required a large investment. “We have invested in technology that was completely new to us. The packing line has three functions. First, it forms the tray. The associative scales then fills the tray and finally, the tray is closed.”

Kultive offers two different versions of its trays: a tray for tomatoes with no pesticide residue, and another tray for conventional tomatoes. Both are available in the following formats: 250g, 350g and 500g. With its packaging, Kultive communicates about the different steps its producers are committed to. 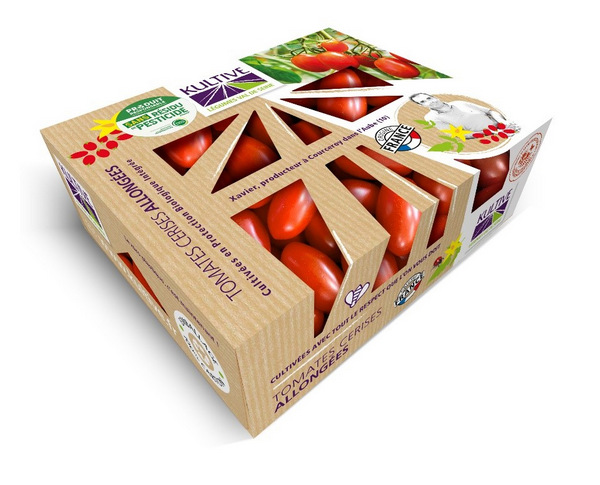 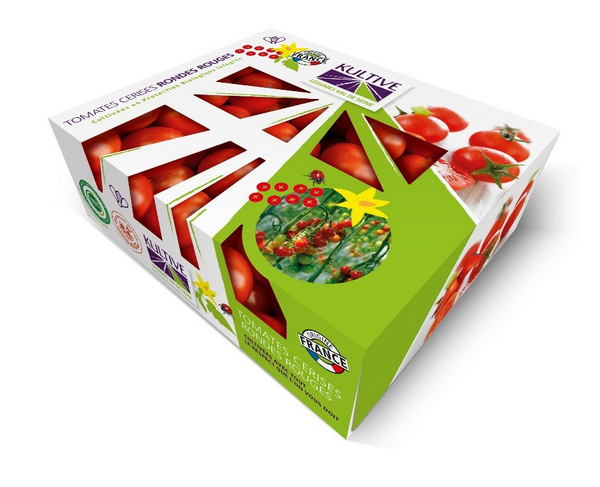 The biggest challenge in the design of the trays was to find the right balance between the cardboard surface and the hollow surface. “Consumers must be able to see the tomatoes in order to stimulate sales,” explains Anthony. “At the same time, the tomatoes must be well-maintained in the tray and the tray must be solid.”

For now, the new line bought by Kultive is just for cherry tomatoes. The structure is working on other solutions for its other products covered by the AGEC law. “We started with the cherry tomatoes because none of our customers buys cherry tomatoes in bulk. They are systematically sold in trays.”