The horticultural industry has provided an overwhelming ‘no’ vote (with just 39% of growers voting to retain the statutory AHDB levy) in the official ballot which closed last week. This result comes as no surprise to the AHDB Petitioners and confirms beyond doubt the findings of their own ballot last summer: growers do not want the statutory levy in horticulture to continue.

However, growers have expressed concerns about what appear to be last-minute attempts to change the way the vote is expressed. Spalding-based flower grower Simon Redden says: “As the AHDB well knows the statute is quite clear and requires the ballot to be based on ‘one business, one vote’. Nearly two thirds (61%) of qualifying levy-payers have decisively voted against the statutory levy.

“However, Mr Saphir now appears to be blatantly trying to change the rules of the ballot to suit his own interpretation on the basis of total levy paid. This is clearly a desperate and disgraceful attempt to influence ministers whilst trampling on the views of the two-thirds of levy-payers who have voted to get rid of this statutory levy. It lies outside the rules of the ballot and must not be allowed to prevail." 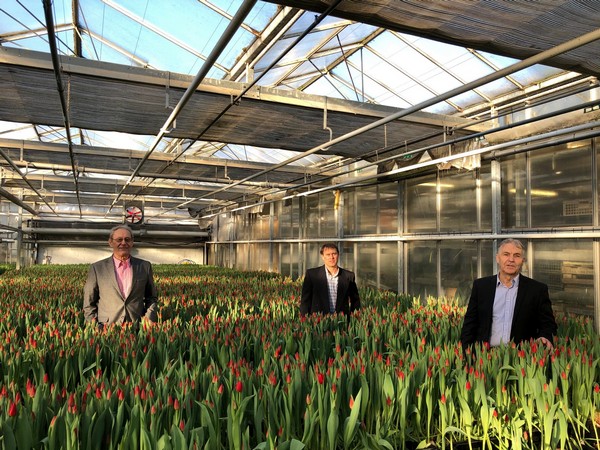 One vote
Vegetable grower Peter Thorold added, “Contrary to the picture that Mr Saphir is trying to paint, this is not a complex interpretation – merely an assault on the democratic premise of one person, one vote.”

The petitioners say that these attempts to skew the result of the Horticulture Ballot also affect the current Ballot on the continuation of the statutory levy for potatoes.

Vegetable and Potato grower John Bratley points out that if Saphir’s train of thought is taken to its logical conclusion, then three-quarters of potato levy payers (around 1,500 growers) will have the value of their votes queried by AHDB, who will claim that their payments are too low. “This is appalling,” he says. “What value is there in any of the ballots of the future that he keeps promising us all if they keep trying to move the goalposts?”

Interest of members
The petitioners also say that NFU now needs to clearly represent the interests of its members and criticise these actions by the AHDB. With an estimated 75% of voters being NFU members (based on data collected in 2020), the NFU needs to clearly support the one business, one vote basis of the current AHDB ballots.

Simon Redden concludes: “The stimulus for our collective action was the appalling response of 0.5% to Defra’s own review, which since then has been used by Ministers, Defra, and AHDB to justify retaining AHDB in its current form. Hard-pressed growers who have benefited little from the poor value of AHDB over the years will not tolerate this situation any longer. They have clearly spoken and voted to end the statutory levy.”