UK: "A clear and compelling case for organic"

Produced as an organic industry-wide blueprint, it sets out a comprehensive rationale for how and why organic land management should be integrated into English agricultural policy.

EOF’s report presents the aligned position of 32 member organisations, which seek to influence farming policy decisions in the coming months. The publication of the report is welcomed by OF&G’s chief executive and EOF member, Roger Kerr, who believes that organic can be a powerful pivot for system change.

“Collectively, the EOF is intent on amplifying the voice of the organic sector, as key decision makers fail to engage in a meaningful dialogue. It’s a perplexing situation, given the widespread acceptance of the need for an agroecological transition in our farming systems. That’s matched by a growing demand for organic in the UK and a shifting consumer mindset towards our environmental responsibilities,” explains Mr Kerr. 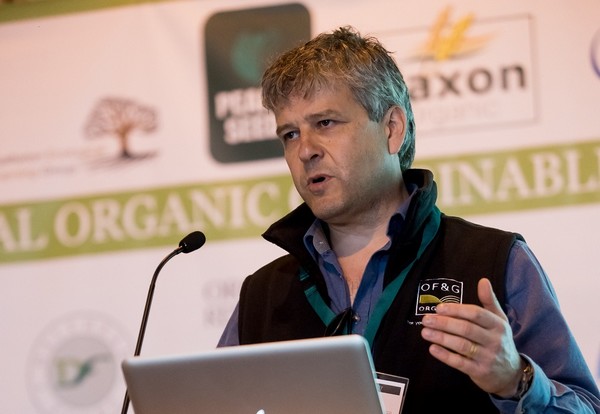 “Our report is striving to achieve organic recognition from Defra in the Environmental Land Management (ELM) scheme, and we’ve set out a clearly defined and compelling case, as well as stating our proposed recommendations for including organic within the policy framework.

“We’ve identified a significant opportunity that risks being entirely disregarded by Defra – to the long-term detriment of everyone. Organic contributes to a dynamic and economically vibrant agricultural sector, ensuring a high standard of environmentally friendly management. It’d be a fundamental error to overlook it,” continues Mr Kerr.

The report identifies key environmental public goods that could be delivered from one million hectares of organic land (approximately 10% of England’s agricultural land). These include more than 9.4 million tonnes CO2 equivalent fewer greenhouse gas emissions and increased carbon sequestration worth over £188 million, annually, in carbon permit trading terms.

Also, a 50,000 tonne reduction in nitrogen surpluses and related losses to water courses, potentially saving up to £100 million in water treatment costs. As well as 1,700 tonne reduction in pesticide active ingredient applications, with an associated 25% increase in biodiversity.

Mr Kerr believes that a diversity of approaches, including organic, will be required if ELM is to succeed.

“Organic food and drink volumes in Great Britain rose by 12.9% last year. However, organic land area has remained largely static over the last few years in England. This suggests a gaping hole in current policy.

“OF&G has recorded an 85% increase in enquiries about organic certification, but ongoing transitional uncertainty around Government support for the sector means many are undecided about whether to proceed. Unfortunately, we’re in a ‘catch-22’ situation and hope the EOF report will provide a route forward.

“In principle and practice, an organic approach simultaneously delivers on multiple outcomes and provides numerous benefits in line with the ambition of current policy initiatives. This needs to be recognised and implemented,” concludes Mr Kerr.

The EOF report is being circulated to MPs and can be downloaded from OF&G’s website.