In July 2020 Irish grower McCormack Family Farms had their first commercial crop of basil, the season went better than expected with a good supply right through until almost the end of October.

“It was a big undertaking for us. This year we put in a 0.5 hectare crop and we cut the basil four times until the volume dropped off at the end of October, but the quality remained high throughout. We harvested over seven tonnes which mainly went to retail which is great as the consumer can see it is grown in Ireland,” explains Stephen McCormack, Managing Director at the company. “Demand is very high; we can sell three tonnes a week and we are going to double production this year.” 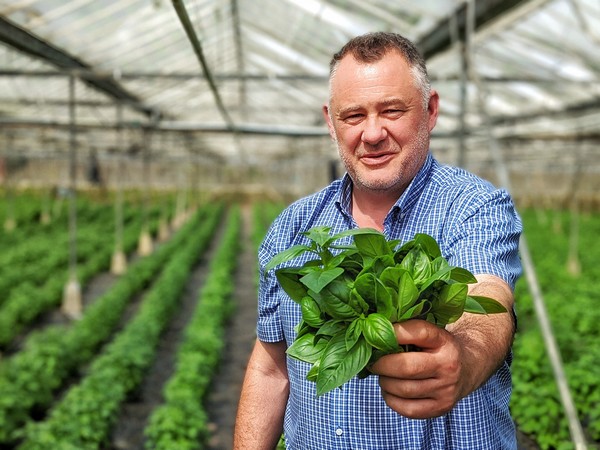 The basil is grown in a glasshouse and follows trials of many different varieties to find which one worked best with the Irish climate.

McCormack Family Farm also grow baby leaf salads and other herbs and import to supplement supply when they are not in season.

“2020 was a tough year, firstly as 65% of our business was food service which was shut down during the first lockdown in March which lasted until June. We had everything planted for our summer season, so we really took a hit on baby leaf. Spinach sales though remained as high as always. There was an increase in sales of herbs in retail as people cooked more from scratch at home.

“The growing season was very good in the early months of summer with warm weather, we had to irrigate all crop continuously for 10 weeks, this coincided with the opening of food service, so it got really busy with people staying in Ireland for their summer holidays which helped demand. The summer ended with a lot of rain in August and September which did cause issues when harvesting and our season finished middle of October, 2 weeks early due to waterlogged fields,” 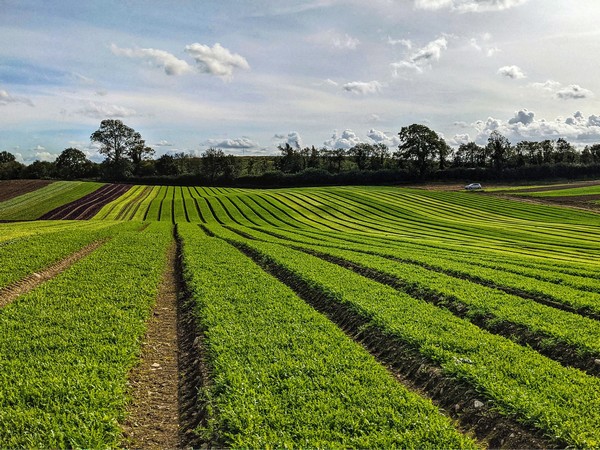 Stephen admits that it was a challenging year but, in the end, he has learned a few valuable lessons.

“It is not good to be too reliant on one outlet such as the food service, last year it was closed because of the pandemic and is still closed, recession in past years effects the food service industry as well so as a result we are now pushing lines towards retail business more than we ever would have and have brought out three new lines for that market.

“One of the biggest worries as a company is keeping the staff safe during the pandemic, we are taking all possible measures to achieve this”. 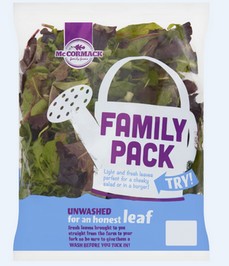 McCormack Family Farms are currently updating their ‘Loose & Lively’ brand which has had the same design for nearly five years.

“It is time for a refresh, we really want to push the fact that the produce is grown locally and that we are growers in County Meath and not just packers of the produce. Increased retail sales will give us that opportunity as when people eat in a restaurant they don’t necessarily know where the produce has been grown, but they can see our name and brand on the retail packaging.”

Brexit has also thrown up challenges as most of the imported product came via the UK land bridge, a lot of it from British growers in summer when we have shortages. 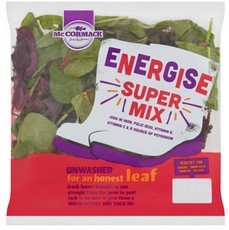 “We were as Brexit-ready as possible and trained our staff on tariffs and customs procedures etc, but in the end it was all going be too complicated and uncertain, so we have gone down the route of shipping everything straight from the continent bypassing UK land bridge. It is a big concern that we may face issues and delays in getting product from our British suppliers during the summer months when demand is high or if we have wet weather and our crops are not ready.