Clogged drippers and biofilm in the irrigation system led to non-uniform irrigation and thus uneven growth in the tunnels and greenhouses of Danish berry grower Hunsballe Grønt. Ever since he’s started adding ultra-pure peroxide to the irrigation water, these problems have disappeared. Even more remarkable is that this ultra-pure peroxide is not brought to the grower’s greenhouses – it is generated on-site. “A perfectly safe and fully autonomous solution,” says Ziv Gottesfeld, CEO of HPNow, the company that has created the solution to generate the ultra-pure hydrogen peroxide on site. 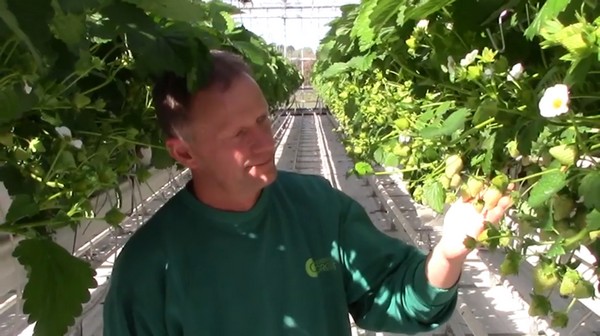 HPNow manufactures its hydrogen peroxide generators (branded HPGen) for multiple applications, of which horticulture is one. More specifically, HPNow manufactures autonomous systems that produce ultra-high purity hydrogen peroxide (Peroxide UltraPure™)directly on-site using only water, air and electricity. The grower is thus able to produce hydrogen peroxide in exactly the right quantities and at low and safe concentrations. This ability effectively increases supply reliability and occupational safety while reducing handling and storage of hazardous materials. After its use, the hydrogen peroxide decomposes into pure water and oxygen, leaving no unwanted residues.

“We stay away from chlorine or stabilizers that bring byproducts or toxic waste. It is also a fully circular solution – starting from water and oxygen, and decomposing back to these elements. Sustainability is something that has become more and more important in many industries over the last years, and in the case of agriculture it is even more important to ensure no unwanted chemical traces reach our plates or the environment. Then there’s the water scarcity: use of potable water in agriculture is diminishing, which means elevated plant protection concerns. This all lines well with our solution.” 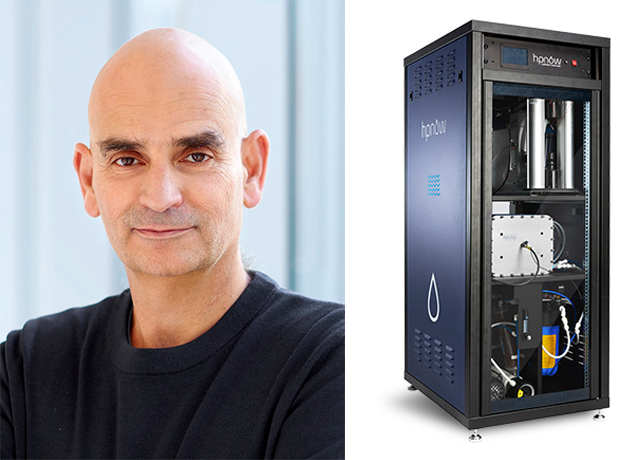 Irrigation problems
The company has seen its hydrogen peroxide generators installed across the world, including in Japan, China, the United States, Canada and Europe. One of HPNow’s clients, Hunsballe Grønt, has attested to the system’s efficacy. Hunsballe Grønt is a Danish producer of strawberries and blueberries, possessing over 4 ha of greenhouse and tunnel area. “HPNow has certainly minimized previous irrigation issues. We did a trial where we ran a section of the greenhouse with HPGen and one without. We could see very clear differences in the treated section. Irrigation was homogeneous and drippers were clean with HPGen,” says Claus Hunsballe, owner of Hunsballe Grønt.

Ziv explains that these results bring such high value to the growers that the costs of the installation are easily recouped. “Since it brings better results in the cultivation and a more uniform production, the ROI can easily be calculated. I would say that depending on the value of your crop, in Northern Europe an HPGen system can be interesting from 1 or 2 hectares already – up to any size of hectares. But in countries like Japan, where the value of the crops as well as labor costs is higher, there are greenhouses of only 0.2 hectares where the HPGen system is already feasible.” In addition to the costs, also the added autonomy is valuable to growers. “Especially nowadays growers tend not to like supplies coming in – the lesser the better, even more since supply chains have proven to be vulnerable. Automating as much as possible brings autonomy and reduced labour costs.”

Ease of installation
HPNow also prides itself on the ease of installation, which has always been important but was especially prioritized in 2020. “COVID-19 forced us to think about how we can make our system as hands-free and maintenance-free as possible, and how to deploy our systems remotely. When we launched in 2019, we sent an engineer for every installation but in 2020 that became impossible. What we have is a solution that is not completely plug-and-play, but as close as possible: it can easily be installed with remote guidance from our team. It’s not much more complicated than installing a dishwasher,” he laughs. The hydrogen peroxide generators are also cloud-connected and inform HPNow’s support when preventative maintenance is suggested, allowing the company to inform the grower and address maintenance issues well in advance of supply interruption.

Looking ahead, the company is partnering with other complementary solutions providers to further increase benefits to growers. For example, by combining UV treatment with on-site hydrogen peroxide generation, greenhouse discharge water can be treated in a consumable-free, fully autonomous manner.